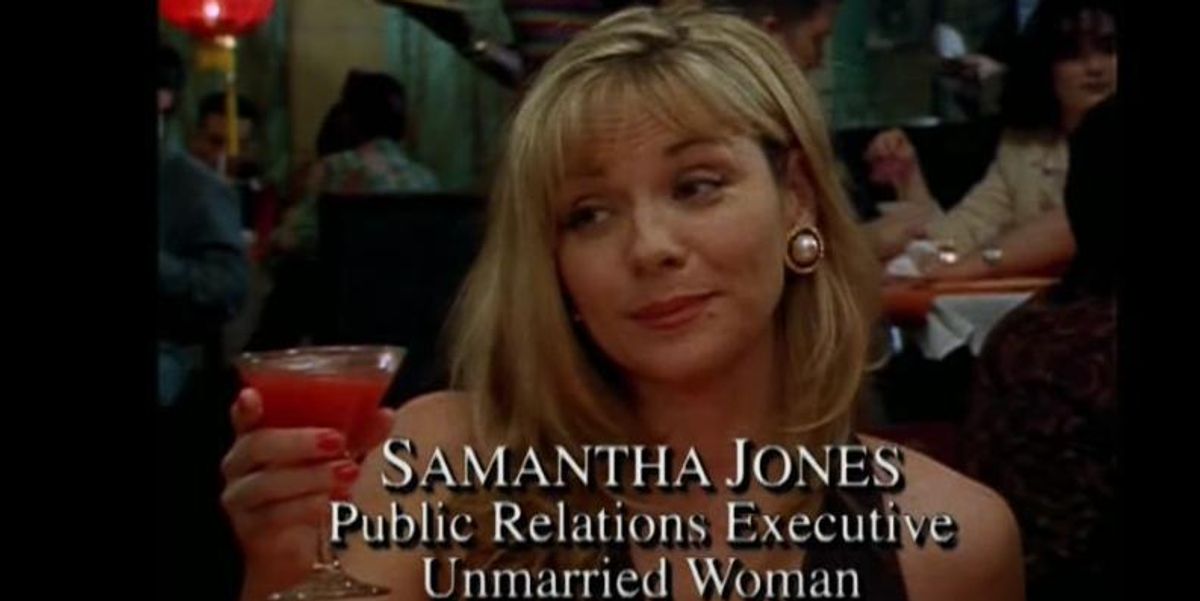 In Honor Of The 18th Anniversary of "Sex and the City," Revisit The Wisdom Of Samantha Jones In the Pilot Episode

It's hard to believe, but 18 years ago today--that's 10 years, plus 8 more--the pilot episode of Sex and the City premiered on its holy abode of HBO.

These first 30 minutes introduced us to the four women who would transcend television characters, and become archetypes of sex-positive, successful women of the late 90s/early aughts--inspiring women (and gay men) everywhere to not be ashamed about getting their fuck on in the pursuit of lurve.

No better to solidify that unapologetic and progressive take on female sexual empowerment than Ms. Samantha Jones (Kim Cattrall), who steals the episode with her iconic take on living:

If you're a successful saleswoman in this city, you have two choices: you can bang your head against the wall and try and find a relationship, or you can say, 'Screw it!' and just go out and have sex like a man.

"No! I mean without feeling," Samantha replies.

Samantha continues, stating, "This is the first time in the history of Manhattan that women have had as much money and power as men, PLUS the equal luxury of treating men like sexual objects."