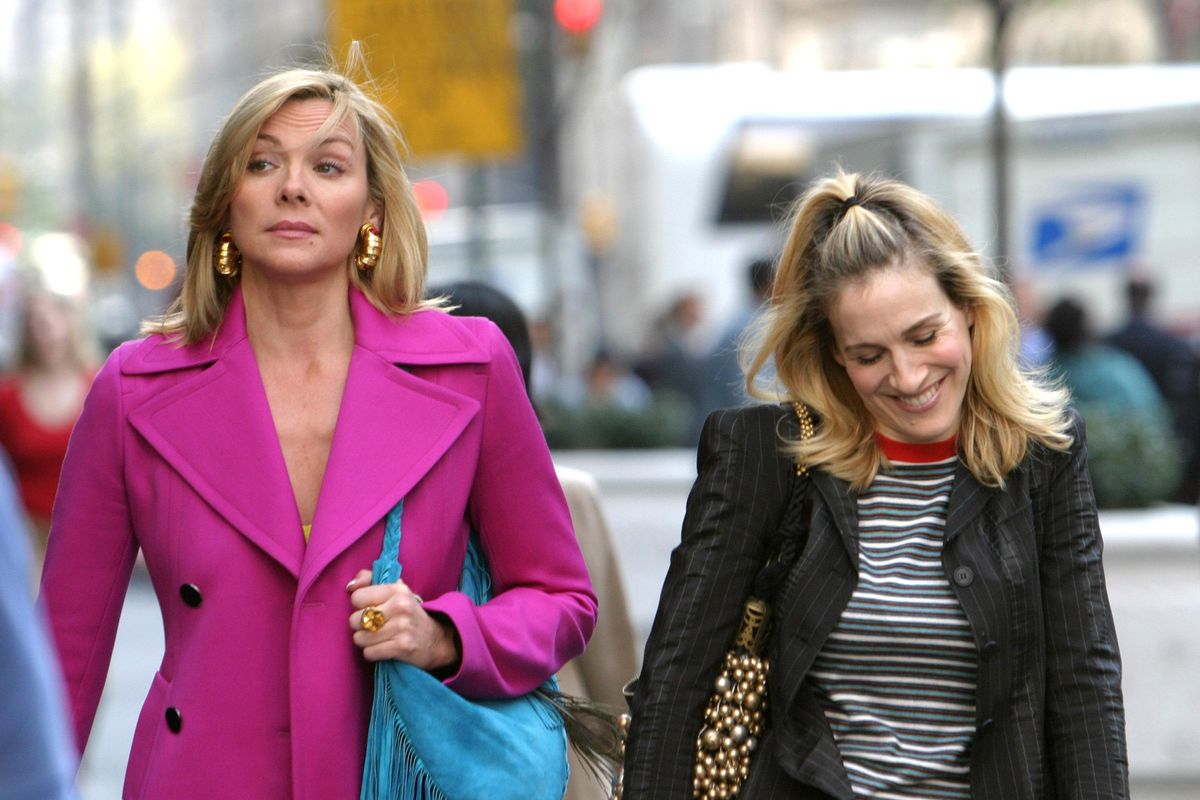 Ever since the Sex and the City reboot was announced, fans have been wondering how the show would explain the notable absence of Kim Cattrall's Samantha Jones. And while some figured the beloved character would be recast (or killed off), it turns out the series will offer up an explanation that's eerily similar to what actually happened in real life.

Related | Sex and the City Gets a Reboot Without Kim Cattrall

That's right, according to HBO executive Casey Bloys, the revival has opted to simply say Samantha is no longer friends with Carrie and Co., who will played by original stars Sarah Jessica Parker, Kristin Davis, and Cynthia Nixon.

"Just as in real life, people come into your life and people leave," Bloys recently told TV Line. "Friendships fade, and new friendships start. So I think it is all very indicative of the real stages — the actual stages of life."

He added, "They're trying to tell an honest story about being a woman in her fifties in New York. So it should all feel somewhat organic, and the friends that you have when you're 30, you may not have when you're 50."

That said, rumors surrounding Cattrall's distaste for the franchise have been circulating ever since she reportedly backed out of the third Sex and the City film in 2017. Since then though, more reports about the star clashing with the rest of the cast have also surfaced, with Cattrall calling her former co-stars "toxic," and publicly rebuking Parker as "cruel" after she expressed her condolences about the death of Cattrall's brother during a TV interview.