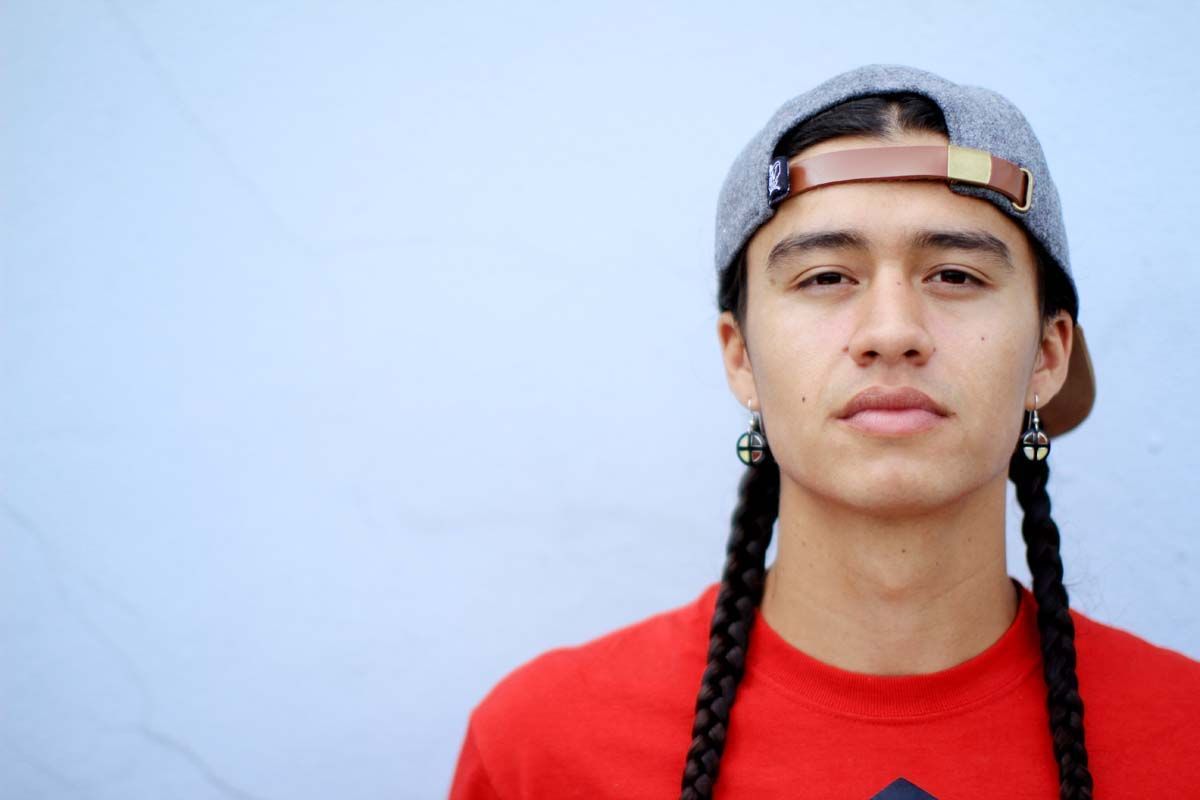 In case you were unaware, November is officially Native American Heritage Month -- a time dedicated to celebrating indigenous identity, cultural revival, and resistance on all fronts. But of course, Native America wouldn't be where it is today without the innovators, artists and thought leaders challenging the status quo, so here's to the up-and-coming Native American musicians fighting to tell their stories as the voices of their generation. Transforming the way indigenous culture is heard, while making damn good music in the process, we found seven of our favorite, up-and-comers whose styles range from hip-hop to hummy harmonics.

Sicangu Lakotan hip-hop artist Frank Waln is revolutionizing the way Native American youth address social issues on reservations and in mainstream America. Saturated with vivid Lakota imagery combined with verses that don't shy away from topics like depression, violence and racism, his music fuses the Lakotan traditional with today's hip-hop norms for a sounds that's contemporary and salient. He also rocks braids like some kind of indigenous angel.

Experimental singer-songwriter Melting Tallow produces her own glitch-ridden electro pop with her project Mourning Coup. Hailing from the Siksika First Nation, she's established herself as a versatile artist and is often compared to Björk, though she told Beatroute last year that “So much of my creative work is very deeply spiritual because that's the way I was raised to view the creative process. So my relationship with my ancestors and the spirit world is naturally a part of what I create." And we're inclined to agree as Tallow's haunting voice reverberates over thick and sometimes dark synths that seem to fold in on each other as time elapses. Listen to her latest album Baby Blue for otherworldly sounds.

War of Icaza is self-proclaimed Indigenous Mutt Music. Oakland hip hop, hyphy punk, and Chicanx culture come together to create a big fuck you to Columbus, misogyny, and colonialism in both North and Central America. The group puts on infamous live shows full of thrashing and feedback, but can slow down for more spiritual and tracks like the sonically lavish "Queen Of The Night." Their official bio though? "Ask your abuelita."

Award-winning Plains Cree and Whonnock Salish singer Fawn Wood fuses traditional Native music with a personal and powerful feminine perspective. Her delivery is strong and clear, a highly stylistic form of singing that echoes indigenous social Round Dance and Hand Game songs. Her songwriting is simple, often consisting of only drums and layered harmonies. But it hits you hard. Seems only appropriate that Wood's latest album Kikāwiynaw (which means “our mother") is a raw and moving body of work.

Turtle Mountain Band of Chippewa rapper Mic Jordan finds clarity through music, and works hard to extend this gift to Native youth across the nation. His tracks are autobiographical and his compacted, passionate spit has the je ne sais quoi quality of someone you swear you've known for longer filled. And with a flow reminiscent of Fort Minor's Mike Shinoda; clean, quick, and emotional, Jordan becomes an effective storyteller able to address issues plaguing indigenous communities such as alcoholism and suicide -- but without a single curse word. His authenticity shows, as does his talent for words and ear for music.

Brooklyn-based Laura Ortman is the White Mountain Apache darling of experimental folk -- think the classical influence of Patrick Watson mixed with the bare-boned rawness of Jessica Lea Mayfield. A classically-trained musician able to play multiple instruments including the Apache violin, Ortman's live performances incorporate everything from acoustic reed organ to sampled radios to super-8 footage. And as the creator of The Coast Orchestra with all Native American members, she's already made huge strides as an indigenous woman in music...but her beautiful solo soundscapes speak for itself.

Hip-hop duo Shining Soul is the real deal -- two Chicano/Tohono O'odham emcees, producers, and beat makers creating jazzy, underground music that represent the Southwest with outcries against indigenous oppression, border militarization, and Red-Brown solidarity. And with multilingual, politically-charged rhymes with ample mariachi and salsa influence, they're definitely ones to watch when it comes to cultural pride and resistance.