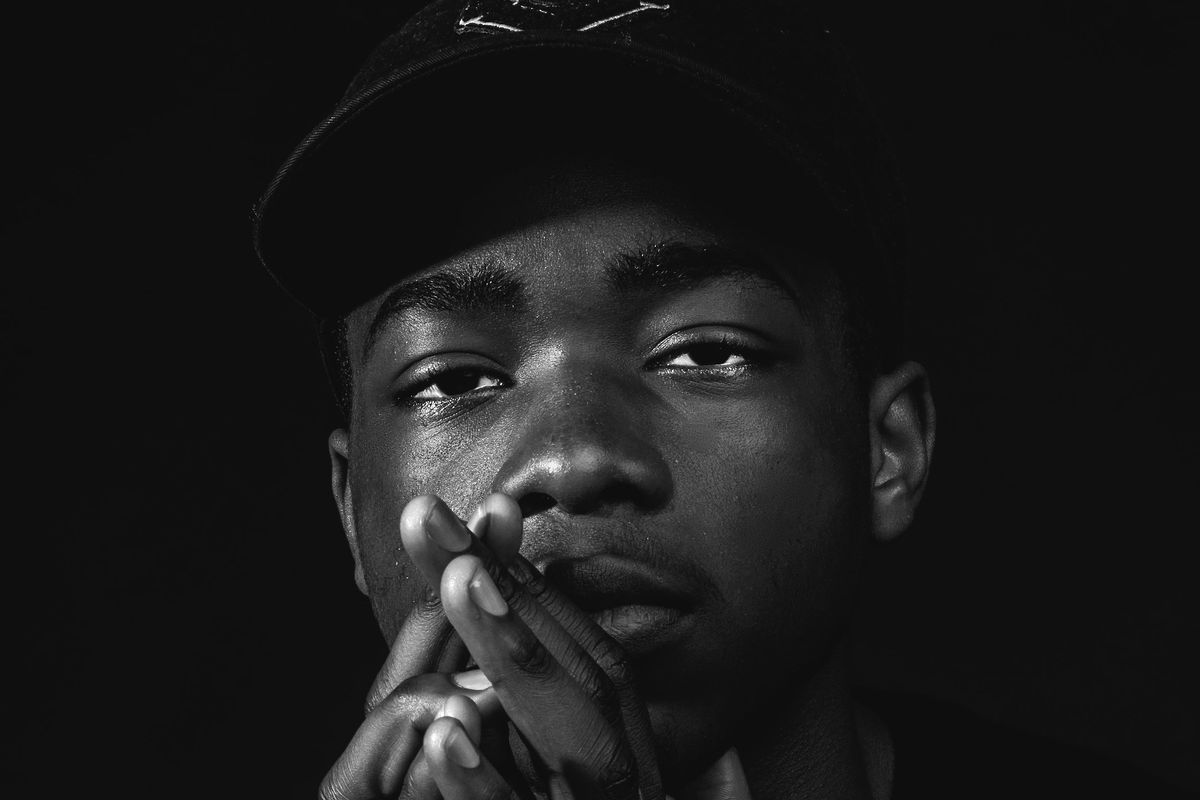 If you're working a dead-end job with dreams of becoming a hip hop superstar, let Mohamed Sylla, who performs under MHD, assure you — it can be done. The 22 year-old former pizza delivery boy from Paris became a global phenomenon seemingly overnight after developing his own hip hop genre, 'Afrotrap,' casually garnering millions of views on YouTube, deals with major sportswear brands, as well as a BET nomination for best Best International Act: Europe (he's the first French artist to do so). Not to mention, the rapper's 2016 debut album, MHD, has gone double platinum since its release. He's since received a host of coveted co-signs of some of hip hop's finest, including Stormzy and Drake. Feel tired yet?

MHD is now back and working on new music set to drop this fall while he tours North America. We caught up with MHD to ask him seven questions about the origin of Afrotrap, his stratospheric rise and breaking down barriers.

Tell me a little about Afrotrap, how did you develop your sound?

I have always listened to a lot of African music and I also grew up listening to rap, so everything came quite naturally to me. I had a desire to mix the genres, to create that atmosphere, and to dance to the lines that do not necessarily lend themselves to it.

What's it been like watching other young rappers following your lead?

Yes, I've seen that certain artists have tried out Afro Trap, and I think that's great. Even if I am the first to properly give Afro Trap a go, afro and rap have existed for a very long time. I think that our generation can break down the barriers between the two styles.

Was there any pushback from your label about pursuing your own genre? Were you ever concerned if the momentum was going to continue?

No, not for the moment. I have only released one album so far and I still have a lot of inspiration for new music.

You've been co-signed by some of the most influential rappers in the game, what's it been like to have the support of Stormzy and Drake? Is there any one artist's career that particularly inspires you/you would love to emulate?

Stormzy and Drake are artists who I listen to a lot, they are the kind of artists who reinvent music and who set trends. I can only be inspired by them.

It's an incredible honor to be recognized by BET, especially as the first French artist. Is critical response something you really take on board?

At the very beginning, reading comments on social media would annoy me but eventually you just don't care anymore, so to be honest it doesn't affect me personally.

In your videos you have people asking for selfies, kids fawning over you, how have you found dealing with fame? You rose so quickly in just two years, which is practically unheard of.

I'm aware that everything came around very quickly for me. I always try to be close to my fans, whether that's on social media or at gigs. I try to take as many photos as possible with them, for example. Once you're famous, of course it's necessary to adapt. But what's good about where I'm from, is that everyone will always seem me as the MHD they've always known.

Are you starting to consider reproducing your songs or in other languages? Do you have any specific goals or plans to break into other markets?

Well, I have already sung in several different languages in my songs; French, Lingala and a few other African dialects. So yes, why not sing in another language. As for the foreign countries, I have already had the chance to do concerts everywhere in Europe, in Africa and then I am going on tour in the US and Canada. So we will see what the future holds!