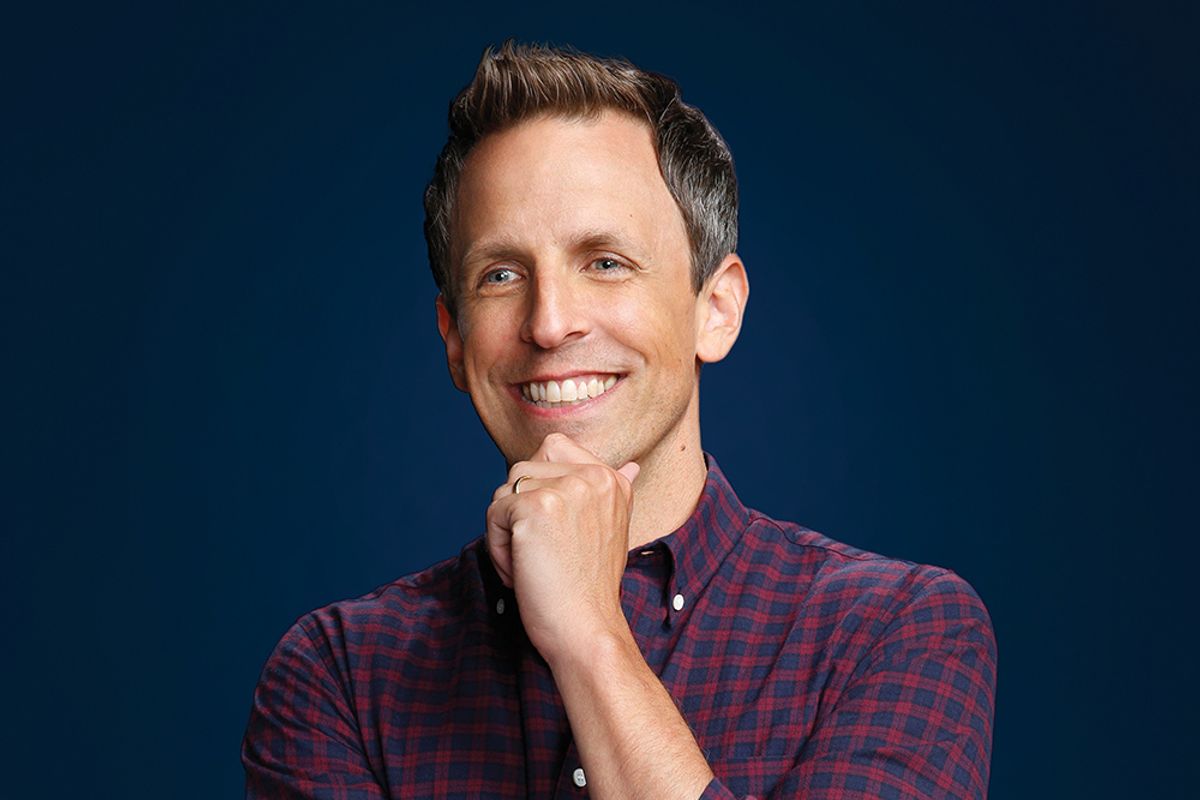 Seth Meyers On Comedy Idols and His "Ballerina's Arches"

After spending 12 years at Saturday Night Live, including nine as head writer, Seth Meyers has proven to be just as funny behind NBC's Late Night desk as he was on Weekend Update. As the host of the show since 2014, he has engaged in thoughtful guest interviews, delivered biting monologues and generated a number of viral digital shorts, most memorably featuring Game of Thrones' Jon Snow as the worst dinner party guest of all time, Anna Wintour in a September Issue parody that touts her as a "comedy icon" and Meyers himself in a hilarious send-up of Hollywood's obsession with Boston crime movies.

My father makes everyone laugh, and the first time I made him laugh, I thought I might have something.

Was there one joke or sketch that inspired you and first made you realize you wanted to pursue a career in comedy?

Can you boil down a piece of advice on how to be funny in a 140-character tweet or less?

What do you find has been your biggest career obstacle?

What are you...listening to? Reading? Watching on TV?

What would you consider to be your funniest performance?

Probably the WHC [White House Correspondents'] Dinner. Why? Did well in a tough room. And by that, I mean my father was there.

What would you consider to be your worst performance?

My comedy partner Jill Benjamin and I once tried to do improv in a stand-up room at the Edinburgh Fringe Festival. We played to silence until someone yelled "shite!"

How often do you / did you use humor to get a date?

I used it exclusively from middle school to the day I met my wife.

I have a ballerina's arches.

Who's the sexiest comedian (besides yourself)?

Gilbert Gottfried. But just for his voice.