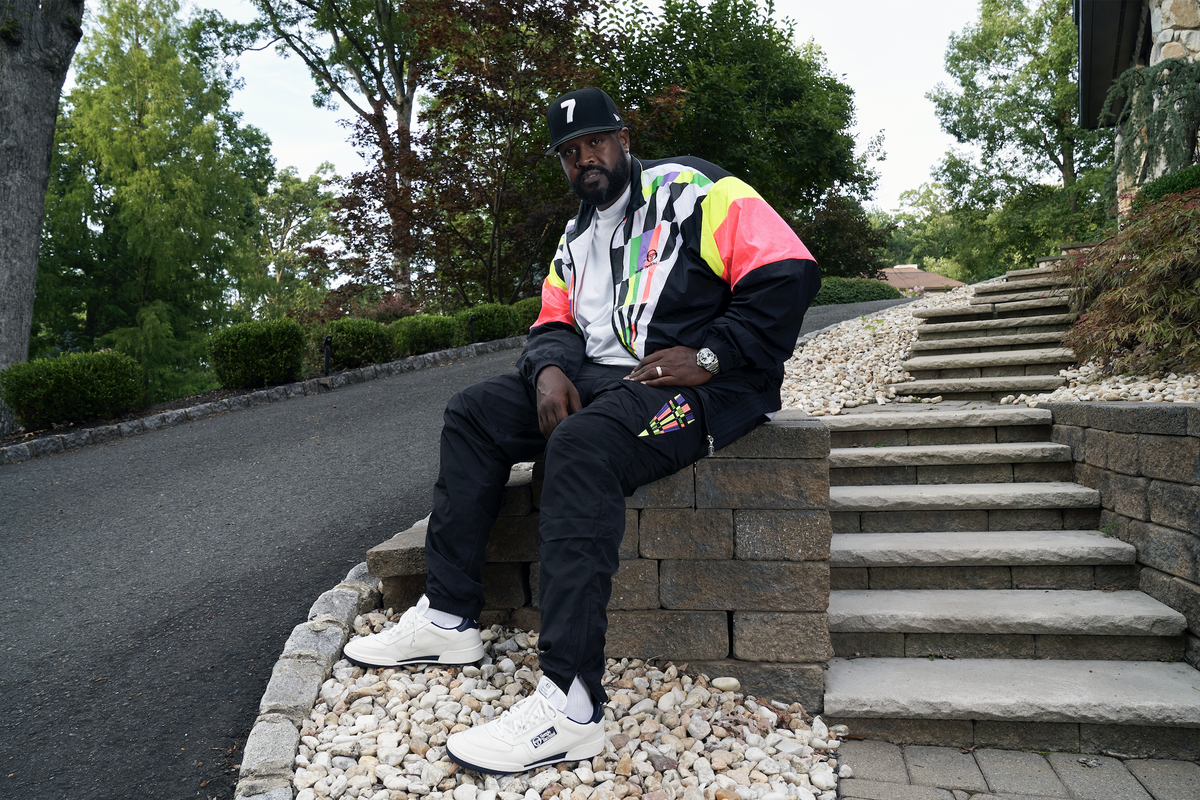 Sergio Tacchini may have started out as a manufacturer of tennis gear, but many fans have long associated the brand with its ties to the hip-hop community, particularly during the heyday of Notorious B.I.G. and LL Cool J. Among those who remember it well are Clark Kent and Stretch Armstrong, two legendary New York DJs who took the downtown nightclub and radio scene by storm in the '80s and '90s.

The two OG music producers recently opened up in a video about how hip-hop culture embraced Sergio Tacchini from when it first entered the U.S. via tennis and the street. They also star in the campaign for the brand's Fall 2020 collection, which references some of its early beginnings such as the colorful, patterned outfits players wore on the court.

"I wanted Tacchini so bad that I once took a no frills polo shirt and I had my mother sew a Tacchini emblem onto the chest," said Armstrong, an avid tennis buff himself. "That was the mentality back then you just couldn't go to the shop and pick up some Tacchini."

These days, the brand is undergoing a revival under new-ish Creative Director Dao-Yi Chow (of New York label Public School fame), where he's bringing a sporty, high-fashion sensibility to clothes that look great from the tennis court to the streets.

But it's perhaps the brand's signature nylon crinkled shell suits that most devotees will recall (and cherish) most. "Sergio Tacchini suits were so fly, no one even really cared too much what was on your feet," Kent said. "It was really about the suit. The suits were the fly shit."

Check out the video, below, for the rest of what the duo has to say, and click through the gallery above to see to full campaign.