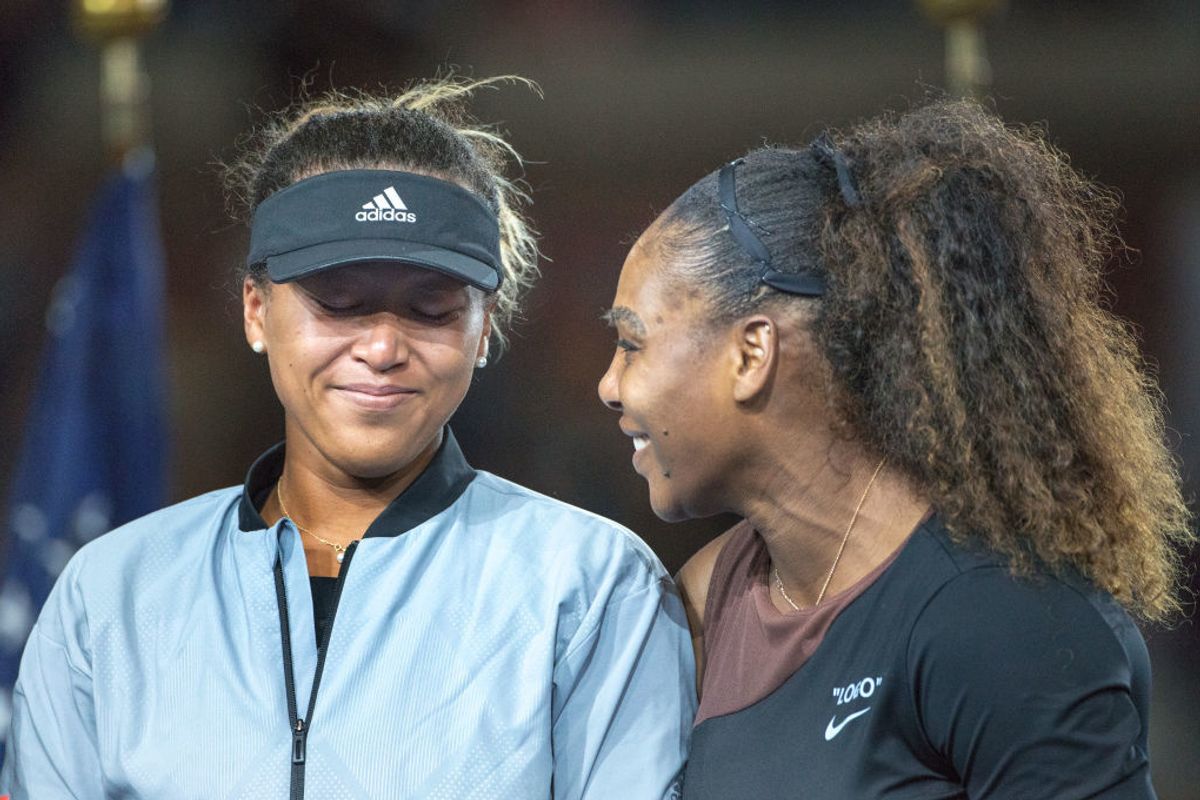 Serena Williams poses butt naked (no, literally) and unretouched for Harper's Bazaar's August cover, and in an accompanying essay she gets just as candid. The tennis great writes of her love-hate relationship with the game, and specifically apologizes for her infamous outburst following the US Open final she lost to Naomi Osaka in 2018.

If you'll recall, 20-year-old Osaka's Grand Slam victory over her idol was overshadowed by Williams accusing the umpire of unfair penalties. Several penalty points helped Osaka to victory, and the crowd booed the young player as she received her trophy. Williams now happily admits that her opponent won on her own merits, and the essay reveals she and Osaka are on good terms.

Related | Serena Williams Claps Back at the Catsuit Ban

Williams says she sought therapy following the controversy, and found it hard to pick up the racket again at first. Reflecting on the match and its aftermath in the essay, she concludes that the policing of her anger reflects racism and misogyny within tennis and the media. She argues that she and Osaka were unfairly pitted against each other in the press.

"This debacle ruined something that should have been amazing and historic," she writes. "Not only was a game taken from me but a defining, triumphant moment was taken from another player."

She continues: "This incident — though excruciating for us to endure — exemplified how thousands of women in every area of the workforce are treated every day. We are not allowed to have emotions, we are not allowed to be passionate. We are told to sit down and be quiet, which frankly is just not something I'm okay with. It's shameful that our society penalizes women just for being themselves."

Words of wisdom from one of the greatest athletes of all time! Read the whole essay here.