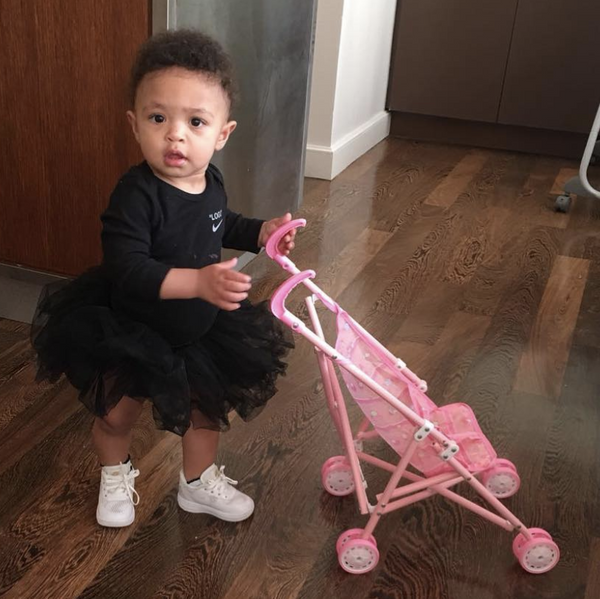 Virgil Abloh's QUEEN collection was made for Serena Williams, whose on-court fashion choices have recently stirred up a conversation about sexism and style in tennis.

For her first U.S. Open match, Williams wore a black one-shouldered Nike tutu while playfully shaking off the controversy surrounding her French Open compression catsuit. Last night she shared a photo of daughter Alexis Olympia wearing an extremely cute mini replica of the tutu, complete with tiny Nike sneakers. It's an early contender for the highlight of Fashion Week.

Momma did win, by the way. Williams swapped the black ballerina skirt for a lavender version during her match on Thursday night, in which she emerged firmly victorious against Anastasija Sevastnova.

But enough about tutus — she's currently one win away from a grand slam record of 24 titles. QUEEN indeed.