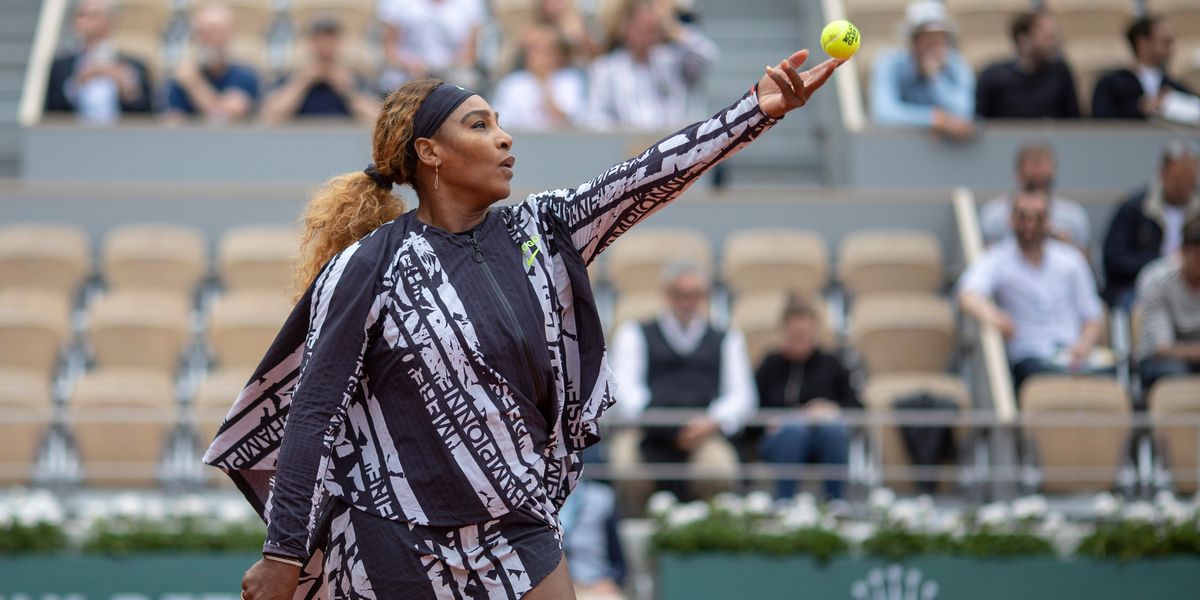 At last year's French Open, Serena's full-body Wakanda-esque catsuit was deemed "disrespectful" to the game of tennis by the organization's President Bernard Giudicelli, who instituted a new dress code banning catsuits. This was despite the fact that the three-time French Open and 23-time Grand Slam winner specifically selected the piece to help prevent life-threatening blood clots she'd been facing since the birth of her daughter in 2017. Ever since, Serena has been subtly clapping back at the dress code (while following the rules) with bold, modern looks like her turquoise leotard and fishnet pairing at the Australian Open.

Yesterday, Serena stepped out at the first match of the 2019 French Open dressed an utterly regal Off-White look, custom-designed by Virgil Abloh for Nike. She beat her first opponent, Russia's Vitalia Diatchenko, in a white cape, crop top and skirt (with removable extension) emblazoned with the words "Mother, Champion, Queen, Goddess" in French, plus custom Nike Air Force Ones.

Behold, the monarch of tennis in a literal cape.

Her outfit might follow the French Open's dress code, but returning to the tournament that attempted to publicly humiliate her dressed as a literal queen is a serious power move on Serena's part.

Plus, aside from the regal vibe, Serena's declaration of female empowerment (in French, no less) feels like a subtle, but bold rebuttal to the sexism that prevented her from wearing the catsuit, which she told reporters, made her feel "like a warrior princess."

Virgil Abloh, for whom Serena has become something of a muse (he also created her Black Nike tutu for the US Open last summer) was the perfect partner to execute the statement-making look. "It's the second time [Abloh and I] worked together. It has words in it in French. It talks about me being a mom and me being a queen, as all women are. A champion. It's positive reinforcement for me, and I kind of love that." Serena told Tennis Channel.

Serena will now advance to the second round of the tournament, which wraps up June 9, hopefully rocking more read-between-the-lines fashion statements.