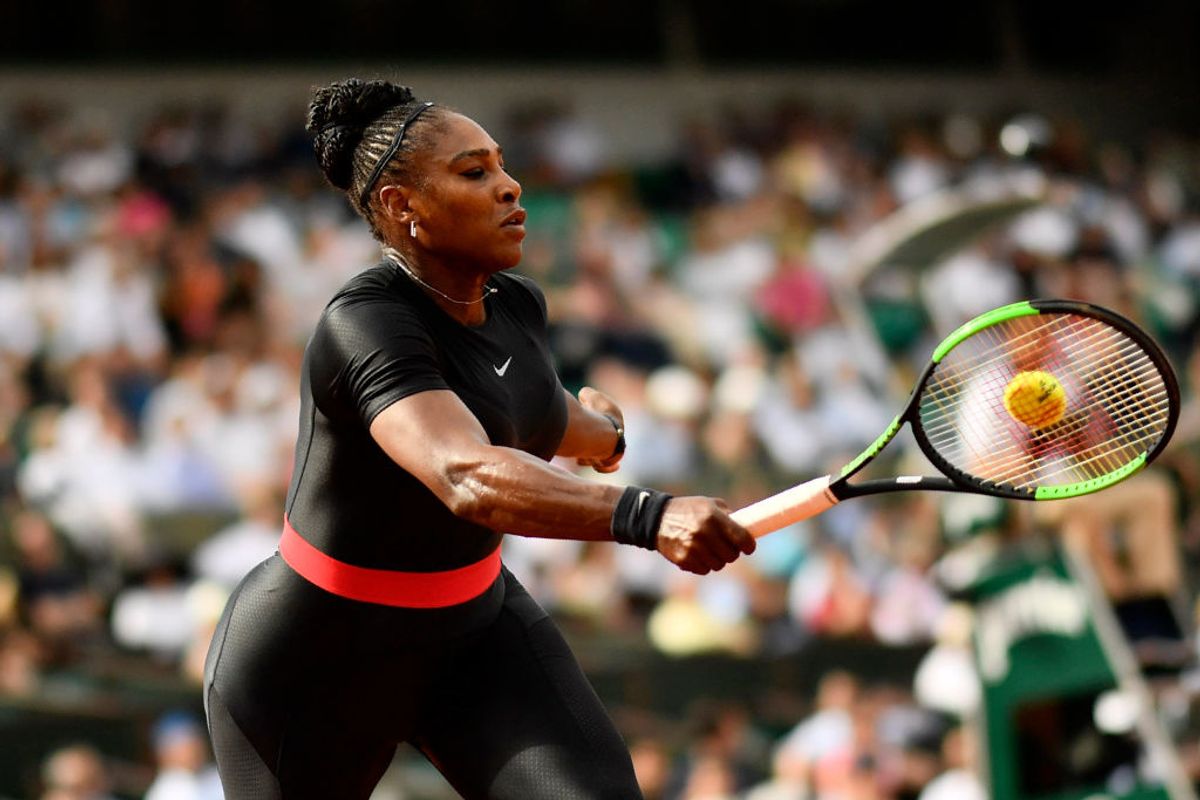 Serena Williams Is 'Not Concerned' About the Catsuit Ban

People are getting upset over the French Open's catsuit ban, but Serena Williams is just shrugging it off. The New York Times reported that the tennis player said she wasn't concerned at all. "The president of the French Federation, he's been amazing," Williams said at a United States Open. "We have a wonderful relationship."

The Associated Press reported that the French Tennis Federation president, Bernard Giudicelli, was imposing a new dress code that wouldn't allow players to sport a super suit like Serena's in May. "I think that sometimes we've gone too far," Giudicelli said Tennis magazine's 500th edition. "It will no longer be accepted. One must respect the game and the place."

These statements received a lot of backlash outside the sport's community, as the catsuit was what helped Williams recover from her birth to daughter Alexis Olympia Ohanian. She posted on Instagram, dedicating her outfit and her game to moms recovering from pregnancy. She captioned a pic, "Catsuit anyone? For all the moms out there who had a tough recovery from pregnancy—here you go. If I can do it, so can you. Love you all!!"

Williams has also said that the black Nike catsuit was her "Wakanda-inspired catsuit."

But now, she says that she doesn't want to let fashion be in the way of the game. "I've since found other methods," she said. "When it comes to fashion, you don't want to be a repeat offender." She also said that she's confident that tournaments would allow for dress code exceptions if health concerns were at play. So definitely don't expect her wearing her Wakanda suit to the US Open, or any professional game any time soon.

Her recent statement coincides with the opinions of some pros in the game. Retired player Billie Jean King tweeted on Saturday, "The policing of women's bodies must end. The "respect" that's needed is for the exceptional talent ⁦@serenawilliams⁩ brings to the game. Criticizing what she wears to work is where the true disrespect lies."

The policing of women’s bodies must end. The “respect” that’s needed is for the exceptional talent ⁦@serenawilliams⁩ brings to the game. Criticizing what she wears to work is where the true disrespect lies. https://t.co/ioyP9VTCxM

The maker of the suit, Nike, also took to Twitter to post a powerful statement superimposed on Williams' photo. "You can take the superhero out of her costume, but you can never take away her superpowers."

You can take the superhero out of her costume, but you can never take away her superpowers. #justdoit pic.twitter.com/dDB6D9nzaD

It looks like this superhero doesn't mind playing by the rules, and thinks this fashion concern is totally NBD.