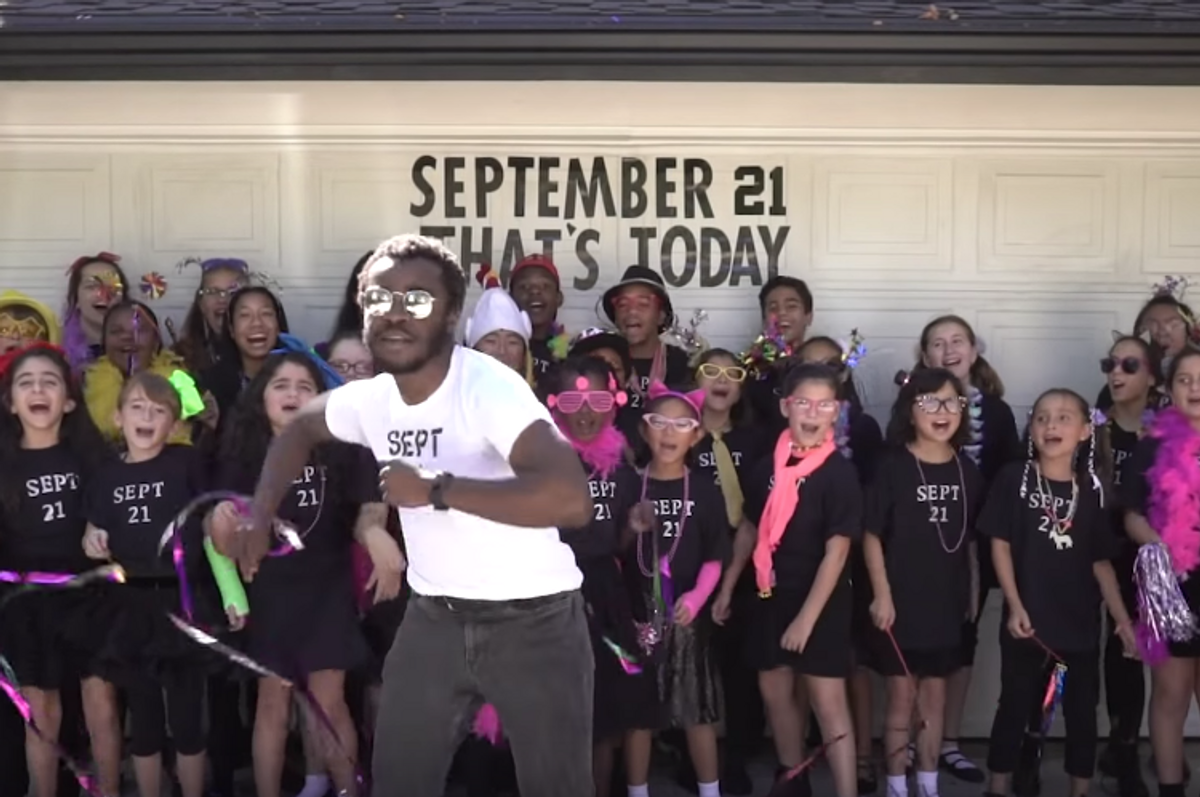 Today is the 21st of September, a day immortalized forever by the classic Earth, Wind & Fire jam "September." Do you remember, the 21st night of September? Comedian Demi Adejuyigbe does!

Adejuyigbe, a writer for The Good Place, has delighted the Internet with viral "September" videos for the past three years. And the 2018 version is truly something to behold.

The confetti! The children! The pure joy! What a delight!

Adejuyigbe even made September 21 shirts, available here. The proceeds will go to RAINN, Raices, and the National Center for Transgender Equality.

Members of Earth, Wind & Fire have yet to weigh in, though Adejuyigbe told Select All that he couldn't imagine their reactions would be "entirely positive." We beg to differ! Who wouldn't love this? Happy 21st of September, everyone.