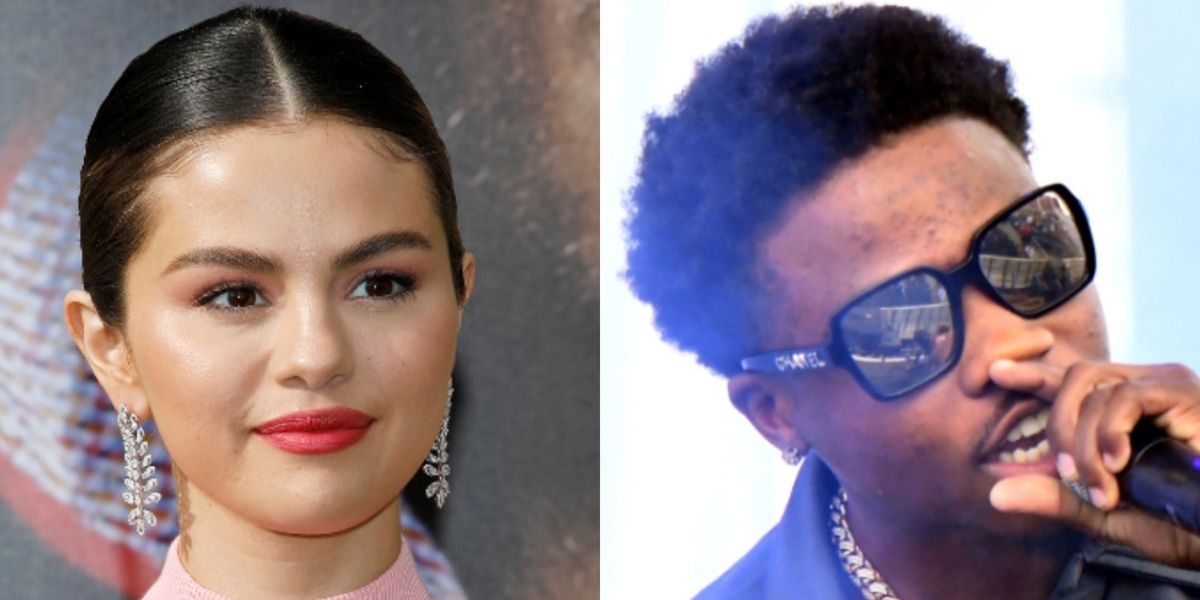 Well, Selenators — it happened. Rare, Selena Gomez's highly anticipated follow-up to her 2015 album Revival, has hit number one on the Billboard 200 chart. All that campaigning, streaming, and merch-buying paid off, and the star has now officially secured her third consecutive chart-topping record with 112,000 album units moved in total. Her competition, however, isn't trailing far behind.

For stans, it's been quite the road to Rare. After "Bad Liar" smashed the charts and the public's expectations back in 2017, Gomez went notably silent on the topic of new music. She emerged victorious in late 2019 with the single to end all exes, "Lose You to Love Me," and the squeaking dance floor anthem, "Look At Her Now." When it was announced that her newest full-length project was impending within a matter of months following the single releases, Selenators mobilized and were armed with Spotify playlists and full bank accounts to get Gomez to number one.

But nobody, not even the industry-at-large, could have anticipated the unprecedented rise of rap superstar, Roddy Ricch.

Related | Who Is Roddy Ricch? Meet the New Justin Bieber

The rapper's TikTok-endorsed hit, "The Box," has been making waves on the Hot 100, toppling Justin Bieber's comeback single "Yummy" for the number one spot. Roddy Ricch has been winning left and right, and his album Please Excuse Me for Being Antisocial fell to number two this week, trailing Rare, but by a near minuscule number of 2,000 album equivalent units.

Whether it was streaming, merch bundling, or pure sales, Rare won out this week. It's going to be neck-and-neck next week, though, and unless a Rare single hits big, it looks like Roddy Ricch might just prevail. None of this is to say that his success is undeserved, because everyone will admit that "The Box" and "Tip Toe," his album's other hit, are pure bops.

Ricch's success isn't as much baffling as it is reflective of a changing pop culture climate. The "Jelena" monolith of yesteryear has died down significantly, giving way to an uncertain-yet-exciting decade ahead. Will Roddy Ricch prevail next week? Will Rare get a new number one single? Let the streaming wars begin, stans.