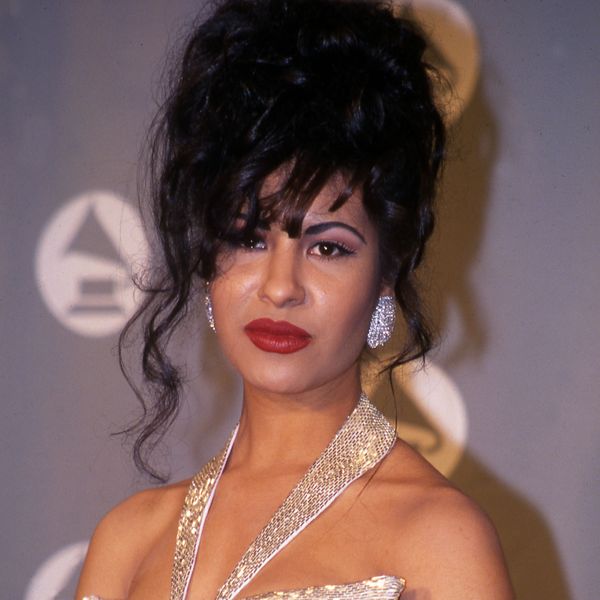 Sunday marks the 24th anniversary of the death of the Queen of Tejano music, Selena Quintanilla-Pérez. The legendary Latina singer and fashion icon was fatally shot by the president of her fan club, Yolanda Saldivar, on March 31, 1995 — a few weeks shy of her 24th birthday.

From the day she debuted with "Como La Flor" in the '80s, to the day she died, Selena was a huge inspiration for many Latinx folx all over the world for her style, her talent, and her beautiful persona. Many are still mourning the loss of such a great artist, but celebrating her memory as it lives on through her continued legacy.

Here are some of the sweetest dedications to Selena:

24 years today 💔 Selena has been my inspiration, my idol, my "calm place" since I was 10 years old...There will never be another Selena and I hope she is looking down smiling at the beautiful legacy she left behind!! We love you #SelenaQuintanilla #SelenaVIVE #SelenaRemembered pic.twitter.com/wzbv3cC7KY

Today, we remember the Queen of Tejano, Selena Quintanilla, who died on this day in 1995. In 1994, she won a Grammy® for "Selena Live!", becoming the first Tejana, a Mexican-American from Texas, to win the award 🌹#BecauseOfHerStory @SLC_Latino @AmHistoryMuseum pic.twitter.com/2hvbNJnEK8

we love artists who forever change the music industry. it’s not about how long you’re here, it’s about the impact you make while you’re here.
selena i love you so much, thank you for inspiring millions everywhere🌹❤️ #SelenaQuintanilla pic.twitter.com/HHfDP163Ym

24 years ago today this angel went to Heaven ❤️ Selena's beauty, talent & kindness to others will never be forgotten! #SelenaQuintanilla ❤️ pic.twitter.com/LH122HjWwv

24 years ago, on March 31, 1995, Selena Quintanilla-Pérez was shot and killed at just 23 years old. Forever a staple in music, forever a fashion icon, forever an iconic talent, forever the Queen of Tejano 🌹 pic.twitter.com/UlLP4tHL9B

24 years ago today the world lost a star taken from us too soon. 💔

Today her legacy lives on she continues to inspire so many people around the world. We love you Selena. 💜🌹 #SelenaQuintanilla pic.twitter.com/TEth3h7R52

It’s been 24 years baby girl and I still miss you ✨ we’ll be dreaming of you Selena 🥺♥️ #SelenaForever #SelenaQuintanilla #March31st pic.twitter.com/fZJWXa0B7i

All hail la reina! You will never be forgotten, and we all hope to catch your concerts in heaven.