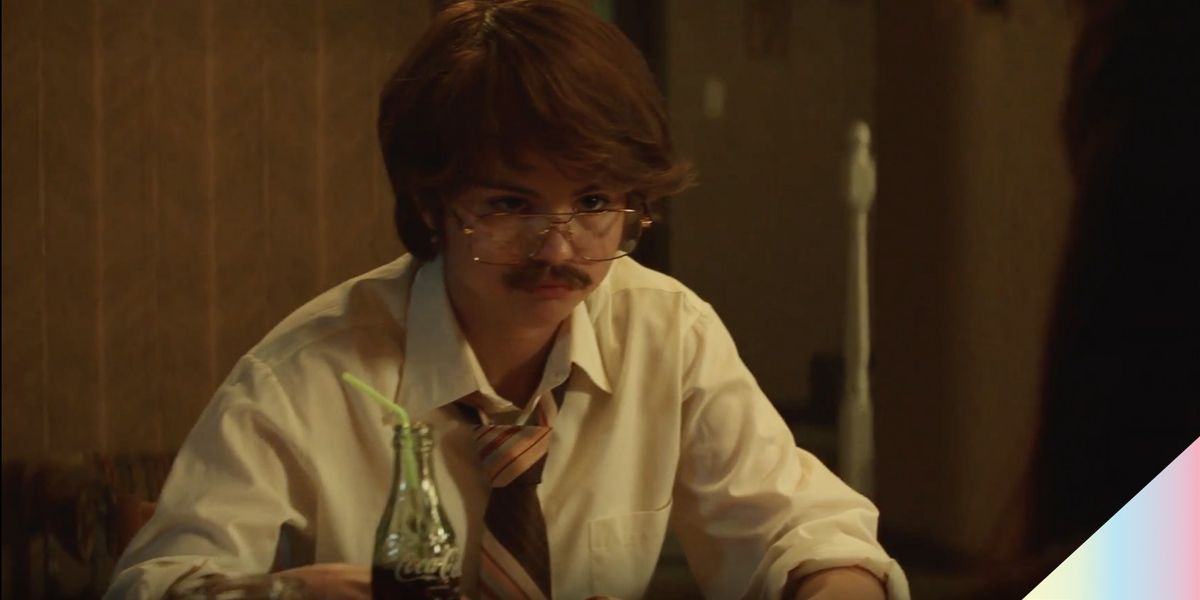 Selena Gomez has released the highly-teased video for her new single, "Bad Liar," and nobody was prepared for how queer it actually is. The new clip (or film, as Selena prefers to call it) starts out innocently enough, taking us back to her Disney days as she portrays a normal high schooler roaming the halls aimlessly. But then things take a turn when Selena emerges once again as a blonde bombshell—and yet again in male drag, complete with an un-tailored beige suit and mustache.

While the video allows for multiple interpretations and plenty of queer reading, it becomes pretty obvious that the principal is the high schooler's father, and he was caught initiating a salacious affair with a teacher. The only snag in that plan is his daughter, who apparently has no loyalty to her mother, but instead has her own secret attraction to the teacher herself. This becomes clear as Gomez (the young one) pulls out a Polaroid of her gym teacher from under her pillow.

Suddenly, the smile they previously shared on the court becomes something entirely different.

The Polaroid could also be used for some revenge plan, but we prefer the more probable queer spin on things. In all Gomez has one bizarre, tangled, and queer love triangle (square?).

Watch the video and speculate for yourself below.