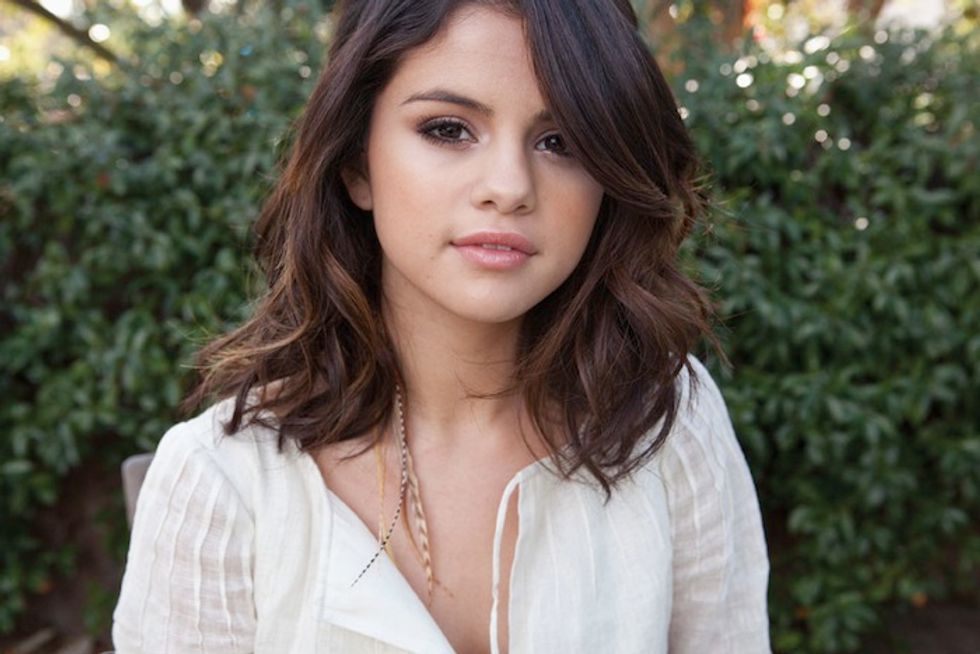 By Sandra Song
PAPERMAG
photo by Katherine Wolkoff
In her forthcoming cover story, Selena Gomez tells Billboard that she was diagnosed with lupus and subsequently had to undergo chemotherapy -- a struggle that was intensified by the widely-reported story that she was in rehab.
"I could've had a stroke," Gomez said. "I wanted so badly to say, 'You guys have no idea. I'm in chemotherapy. You're assholes.'" Not only that, but earlier this year Gomez was also the target of Internet body-shamers who ripped into a beach photo of the star, which she said "was the first time I'd experienced body shaming like that. I believed some of the words they were saying. When somebody else has your self-esteem in their hands..."
However, Gomez is channeling that frustration with becoming "a tabloid story" in a positive way, as she continued on to say "the hate motivated me" to put it all into her forthcoming album Revival. After all, at one point she deflects from talking about her former flame Justin Bieber in order to emphasize that, "This is my time. I've deserved this. I earned it. This is all me" -- and we couldn't agree more.
[h/t Billboard]
You May Also Like
Fashion