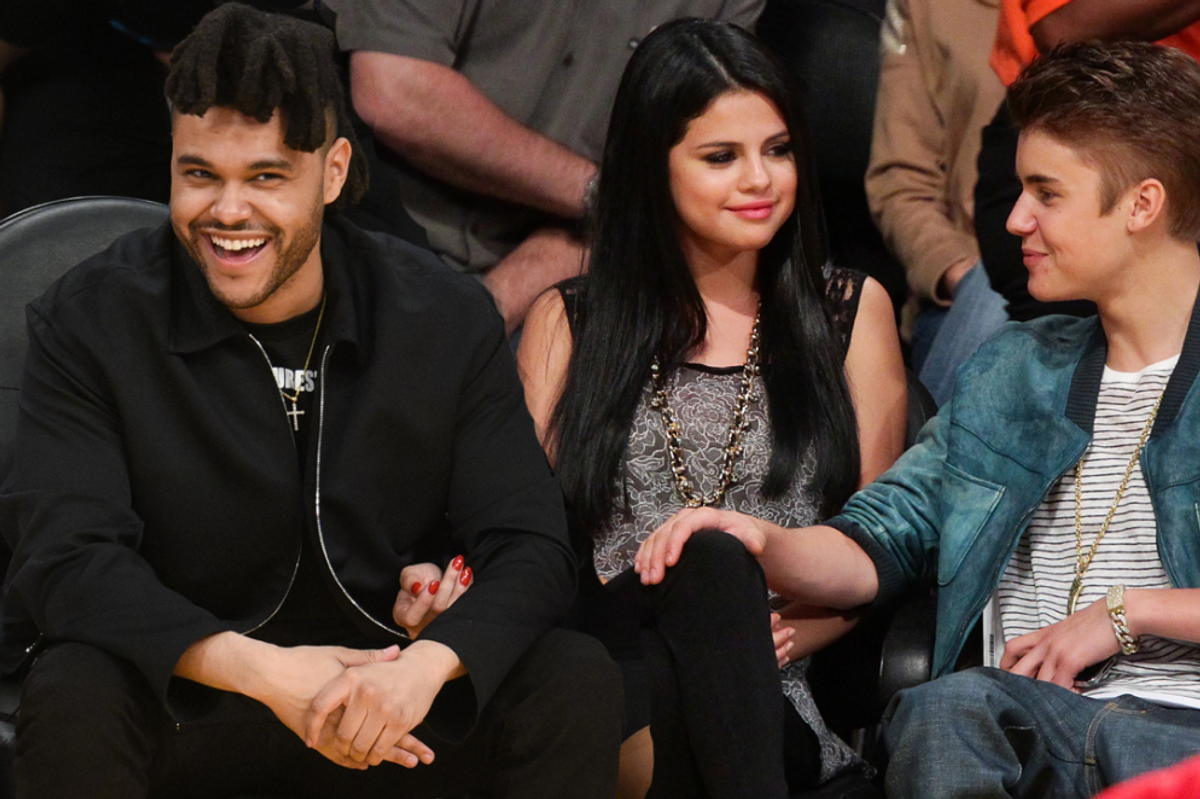 Selena Gomez, Justin Bieber and The Weeknd Are All Trolling Us With Outerwear

If you think your week with all its ongoing SAD(seasonal affective disorder)ness, has been long, put yourself in the shoes of one Selena Gomez. On Monday, The Weeknd's mass-unfollow of all of Selena's close family and friends, coupled with her increased extra-curricular activities with ex-boyfriend Justin Bieber, revealed the 10-month old couple's split.

Since then Selena has been biking. Like really biking. One might go so far to declare she's been cycling, that is how much passion previous-non biker Selena Gomez has exhibited on this baby blue contraption. But even more curious has been Selena's outerwear choices on these excursions. The singer/actress does have a deal with Coach, after all, and is often lauded as a fashion inspiration, so we all pay attention to what she wears and she knows this.

So what is she doing? Because, listen Selena, the people can't take it.

Here she is, one day after her breakup from The Weeknd was announced on her bike. Wearing The Weeknd's jacket, or perhaps her jack all along?

Are you shook? Am I shook? We all are.

Wait, there's a whole lot more. The next day, she is spotted getting back on the bike with Justin.

If Selena and Justin can be happy with each other after all they’ve been through, why can’t we be happy for them to… https://t.co/VmI1xq6Juy
— Daily Gomez Dose (@Daily Gomez Dose)1509565075.0

Frankly why would they do this to their fragile fans when they know they definitely can't handle it.

seeing justin and selena together and both happy makes me happy. THEY SEEM TO ENJOY EACH OTHER’S COMPANY SO MUCH https://t.co/xdEMjVwckl
— ㅤpáki (@ㅤpáki)1509559546.0

Everyone could do well with a deep breath and some simmering down, but I digress. During this latest bike ride Selena is wearing but a nice, innocuous knit jumper, but then, she shows up at Justin's hockey game and all hell breaks loose.

Selena Gomez cheered Justin Bieber on at his hockey match - and appeared to wear his jersey! New photos of the pair: https://t.co/ibWjXo9STf
— JustJared.com (@JustJared.com)1509627807.0

The Biebs played a sweaty game of hockey she slithered right in to his hockey jersey.

I mean if that isn't freaking love.

Justin Bieber and Selena Gomez spotted out together at a hockey center. #TheCruzShow https://t.co/CyMWofUtTl
— The Cruz Show (@The Cruz Show)1509632675.0

But wait. The plot thickens the hell up. The plot is so thicc that everyone else in the room is so uncomfortable. Justin wore a damn bomber-y lettermen-esque jacket after breaking up with Selena and THEN THIS.

What does this all mean? Was the blue jacket originally Selena's jacket that she lent Abel and then was returned, or was it Abel's but she got custody in the split? Is Selena limited in outerwear choices and forced to borrow the jackets (or sweaty jerseys) of the man in her life? Did Justin also give her his bomber jacket only for her to re-gift to Abel who wore it days after the breakup just to spite her?

Of course, you can always send us any information you might have.