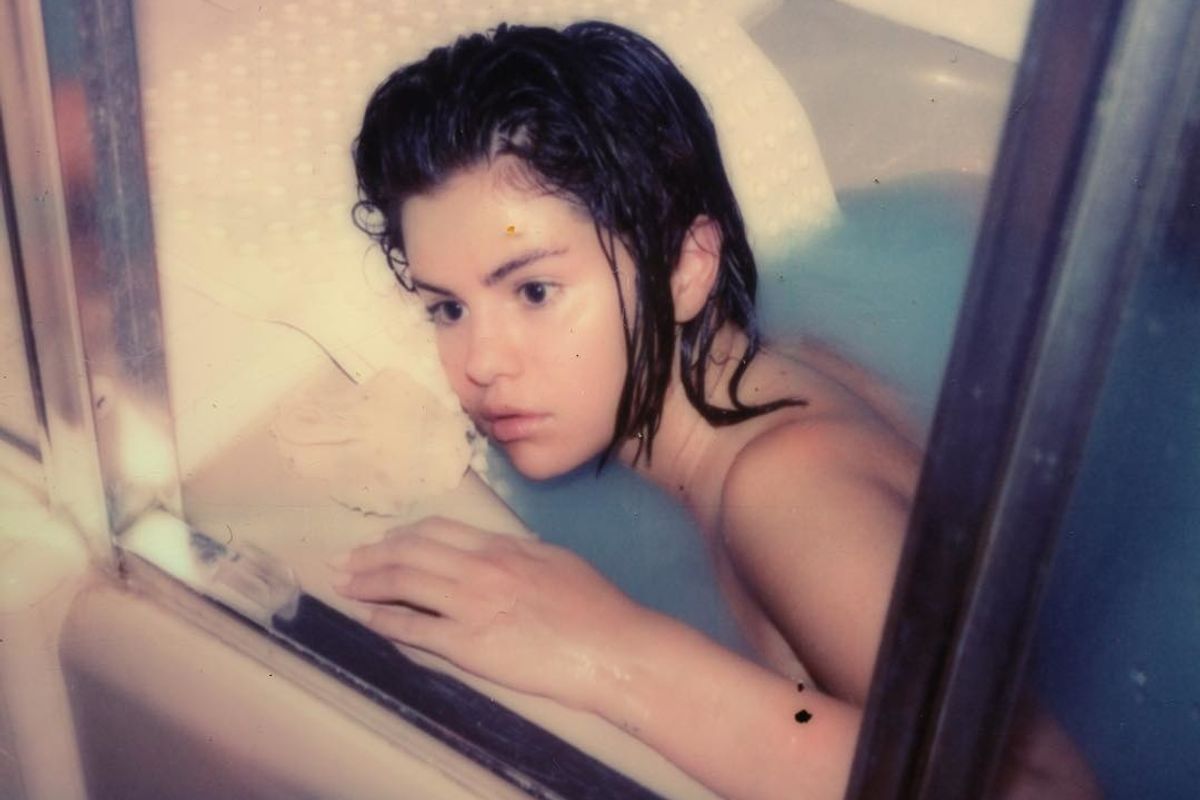 After pop princess Selena Gomez's 2017 obsession with photographer Petra Collins manifested in an excellent music videos, photo shoots and an AMAs performance, it was only a matter of time before the pair reunited for more content.

The duo's latest offering appears to be a short horror film, directed by Collins and starring Gomez, titled A Love Story. Collins has already released a series of teasers via Instagram, featuring a apparently blind Selena using a butchers knife to scrape icing off her leg, sucking on an eyeball, and being caressed by a woman with fingers for a head. She also takes a bath with a severed head.

The vibe doesn't deviate from Collins' now-famous soft-focus, pastel aesthetic and echoes the suburban-'disturbia' theme of Gomez's "Fetish" video (in which the star eats a bar of soap and hangs out in a freezer), also directed by the Toronto creative.

We've been waiting years for Gomez's follow-up to her uber-successful 2015 album, Revival, with the recent release of single "Back To You" indicating a possible album on the horizon. Then again, "Fetish" and "Bad Liar," both chart-topping tracks from last year, did not give way to a bigger project, so perhaps this foray back into the public eye will prove more fruitful.

See more stills from the film, below.