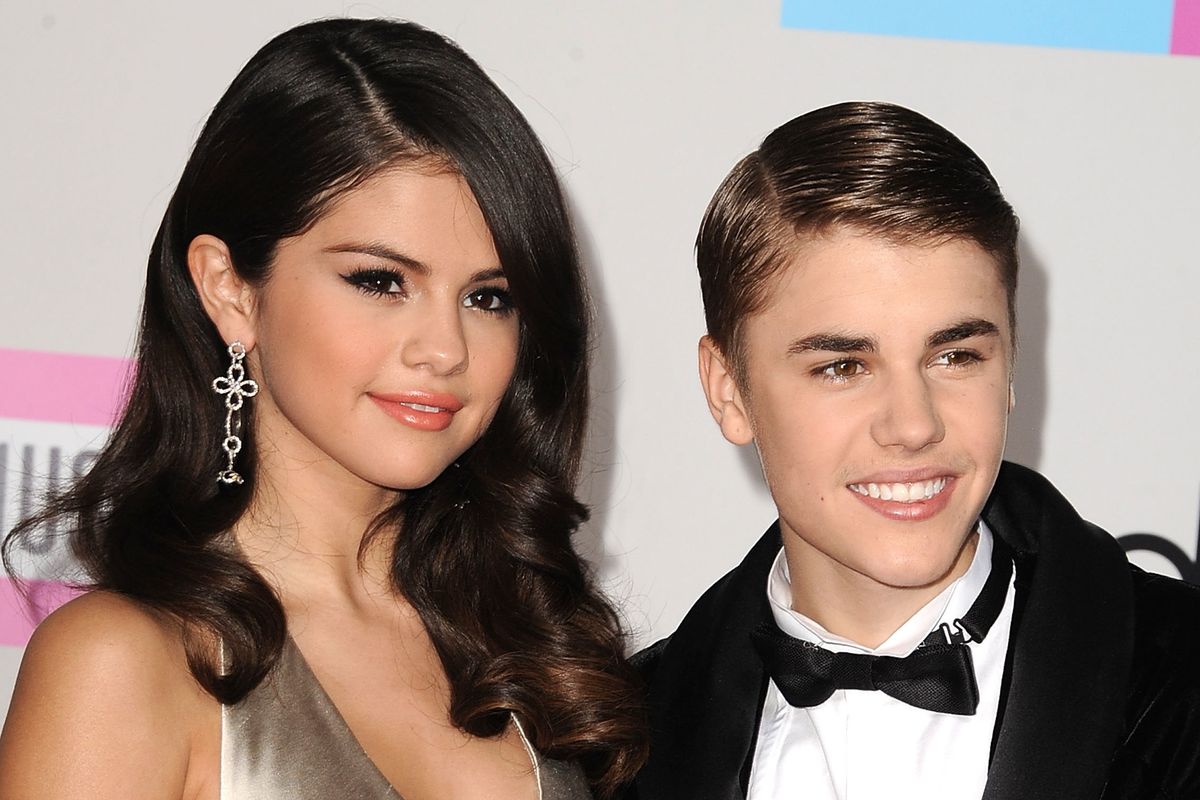 It's the defining tabloid love triangle of the late 2010s: Justin-Selena-Hailey. Two former tween stars, the daughter of a Baldwin brother, and a whole lot of tension. Justin Bieber and Selena Gomez were longtime on-and-off lovers until Bieber unexpectedly broke things off for good in 2018, proposing to Baldwin two months later. He and Hailey are married now, and this morning Gomez dropped a new song, "Lose You to Love Me," about the entire ordeal. If stan theories are to be believed, the Biebers aren't happy with this turn of events.

"Lose You to Love Me" is a sponcon-y video (it's shot on the new iPhone 11, and, uh, you can tell) in which Gomez looks very sad and beautiful. The song, the first single from her upcoming third album, counts Justin Tranter and Julia Michaels as songwriters and features production by Finneas. It's wistful, catchy, and blatantly about Justin Bieber. "You promised the world and I fell for it/I put you first and you adored it," Selena sings. "Set fire to my purpose/And I let it burn." Yeah, Purpose! AKA the title of Bieber's 2015 album, which has some break up bops of its own.

Adding yet more personal context, Gomez wrote in the VEVO comments that the song "was inspired by many things that have happened in my life since releasing my last album. I want people to feel hope and to know you will come out the other side stronger and a better version of yourself."

Here's where the speculation begins: just minutes after Gomez released the music video, Hailey Bieber posted a screenshot of herself listening to Summer Walker's "I'll Kill You" to her Instagram Story. The timing, many #Jelena stans decided, couldn't possibly be coincidental. (Justin also made a grid post not long after the song's release: a photo of a leopard with blood on its jaw. Caption: "Nature is metal." Random wildlife photos are fairly on brand for him, though.)

Hailey and Justin's fans are coming for the song on social media, essentially telling Selena to move on and stop reflecting on her past relationship. Meanwhile, Selena's fans are pointing out that Justin has released plenty of music about his and Selena's ups and downs, so she's within her rights to do the same.