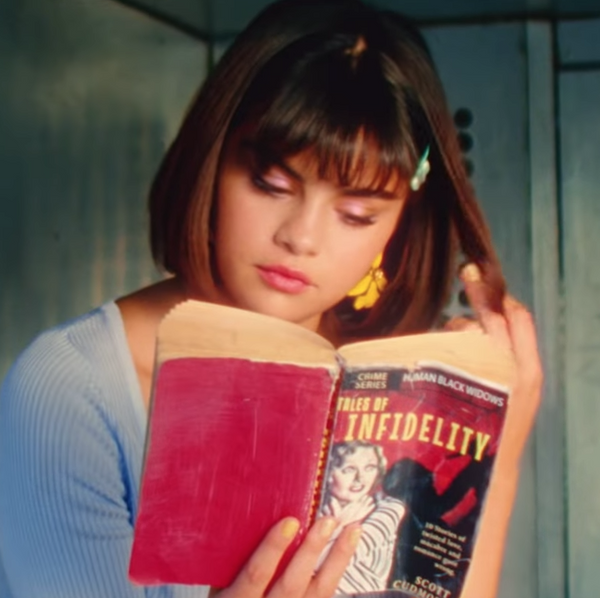 Selena Gomez Keeps Running Back to Her Ex in New Video

It's no revelation that artists use music as catharsis, and fans spend days dissecting the most innocuous of lyrics. When one megastar has a calamitous relationship with another, it's difficult not to draw parallels between their sonic heartbreak and real lives. In the case of Selena Gomez, it doesn't seem like she wants you to interpret "Back To You," or its video, any other way.

In the Sarah Bahbah-esque visual, Gomez appears to be attending a cocktail party in the 1950s when she spies her ex. The two steal glances at each other from across the room, before meeting and deciding to hijack a car. Their relationship is both ecstatic and explosive, and ends with them unable to move forward. Of course, that is until Gomez goes back to her love interest again.

Considering Gomez was seen on her ex-boyfriend Justin Bieber's arm shortly after she and The Weeknd ended their relationship, it seems Bieber might be who she's referring to in the single (created for the 13 Reasons Why soundtrack). Not to mention, the songstress reads a novel titled Tales of Infidelity in the visual. If it's all a troll, it's a perfectly-executed one.