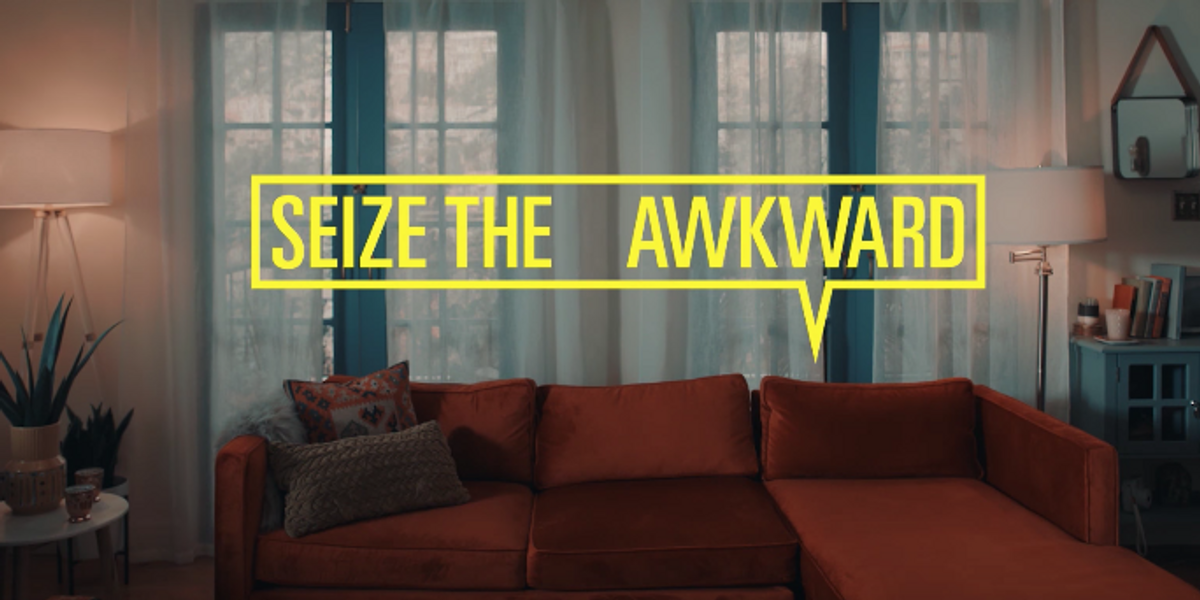 Suicide is the second leading cause of death among young adults, and for every youth suicide, it's estimated that 100-200 others attempt it. Adolescence is a critical time, and often when many people experience mental health issues and significant life transitions for the first time, whether they're prepared for them or not.

When a young person is struggling with mental health issues that could lead to suicide, some of the first people to notice are often their friends. In a groundbreaking new effort to empower teens and young adults to reach out to their friends who may be at risk for suicide, a collective of uber-famous YouTube personalities have joined with the American Foundation for Suicide Prevention (AFSP) and Droga5 to launch Seize the Awkward, a national public service campaign.


Artists are also joining the cause, with dozens including Baron Von Fancy, Jeremyville, Saša Ostoja, Iain Burke and Franz Lang interpreting the phrase in reference to their own experiences with mental health. The artworks have been turned into posters that will be shared on college campuses and social media.

Seize the Awkward addresses the awkward silence that can happen between friends before a conversation about mental health happens, and aims to provide a safe space for people (especially young people) to talk about these things. It also shows viewers that recognizing something is not right with a friend and breaking through the silence to talk to them about it is an enormous opportunity for everyone.

"Suicide prevention is increasingly gaining awareness and attention in the national media, but Seize the Awkward marks the start of a collective movement to empower this generation to do something," President and CEO of the Ad Council Lisa Sherman said. "This campaign gives young adults the tools and specific language they need to embrace the critical moment of an awkward silence in a way that could have a life-saving impact."

The campaign directs audiences to SeizeTheAwkward.org, a new website created by Haus that provides various resources to help young people "seize the awkward" by reaching out to a friend who may be struggling with mental health problems. Resources include tutorial videos, information on warning signs, conversation starters, tips on how to sustain a conversation around mental health, and video testimonials on mental health from talent such as Hannah Hart, Liza Koshy, Remi Cruz and Tyler Posey.

"We are excited about the campaign's potential to dramatically change how young adults, and generations to come, understand mental health, and what to do when a friend may be struggling. And we know from research that suicide is preventable and that it starts with the person opening up and getting someone the help they need," AFSP CEO Bob Gebbia.


Tyler Oakley added, "Nobody is able to get through this world alone, and one of the bravest things you can do is reach out for help when you need it. Open and honest discussions about mental health save lives, and a simple, 'how are you?' can make a world of difference."

Head to SeizeTheAwkward.org for resources on how to talk to friends about mental health and suicide.