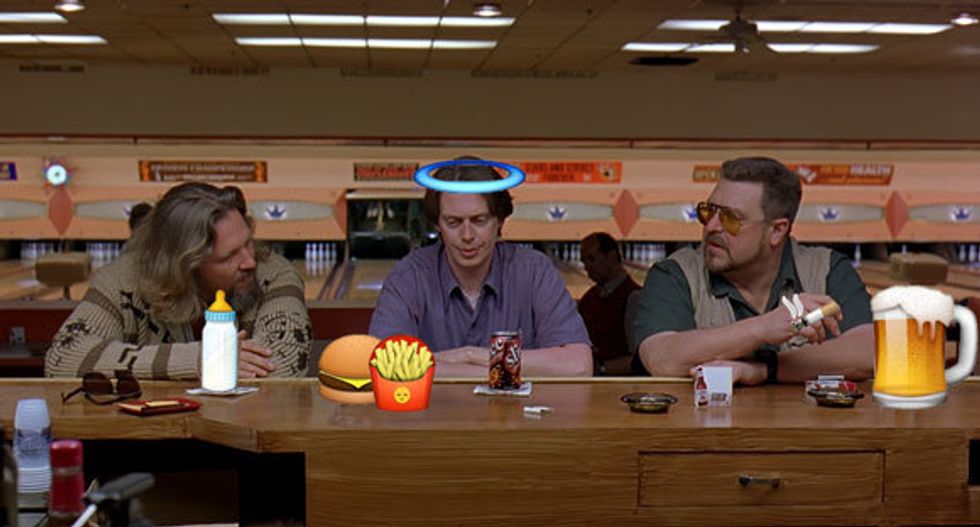 by TenÃ© Young
PAPERMAG
The Big Lebowski fans have gone to extreme lengths to cement the cult classic's legacy, from opening up an exclusive merchandise shop in NYC to even creating a new religion called Dudeism. Adding to the madness, a guy named Matt Haughey took to his Twitter to retell the entire plot of the film using emojis. In a series of five tweets, Haughey used each line of every tweet to represent a new scene from the film. To help you decode the characters, here's the official guide:
Jeffrey "The Dude" Lebowski =  ð���
Walter = ð��¤
Maude= ð���
Bunny= ð��°
Read Haughley's "Big Lebowskemoji" below and see if you can follow the plot scene-by-scene.
You May Also Like
Sex & Dating