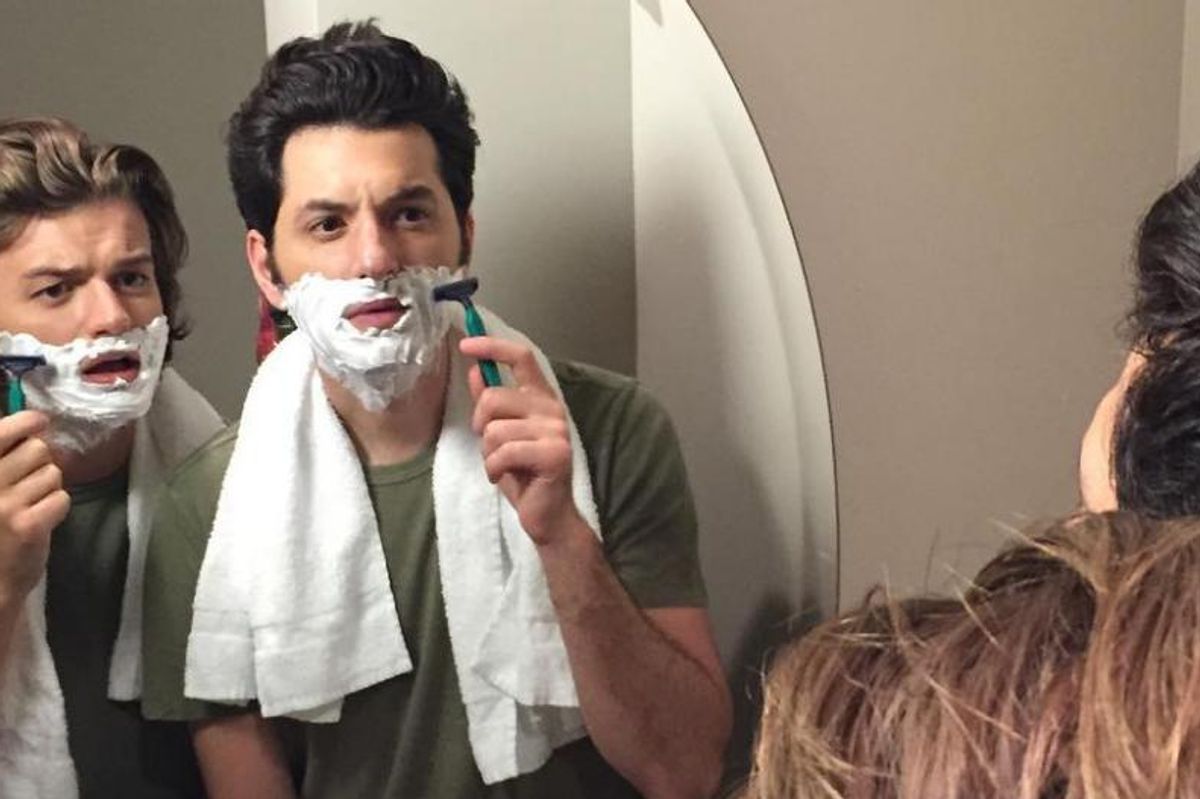 Soon after the premiere of Netflix's Stranger Things, many viewers began positing that the striking resemblance between reformed douche Steve Harrington (Joe Keery) and Parks and Recreation's Jean-Ralphio Saperstein (Ben Schwartz) could open up the crossover episode wormhole. On forums across the Internet, fans began theorizing that Steve could actually be the father of Jean-Ralphio -- peaky brows, coiffed hair, et al. -- and it even got to the point where the Late Late Show made a segment exploring the possibility.

Well then, it's no surprise then that the actors behind the respective characters decided to finally gift us with a little father-son bonding time -- matching shirts and all. Check out their cute IRL meet-up below via Schwartz's social media.