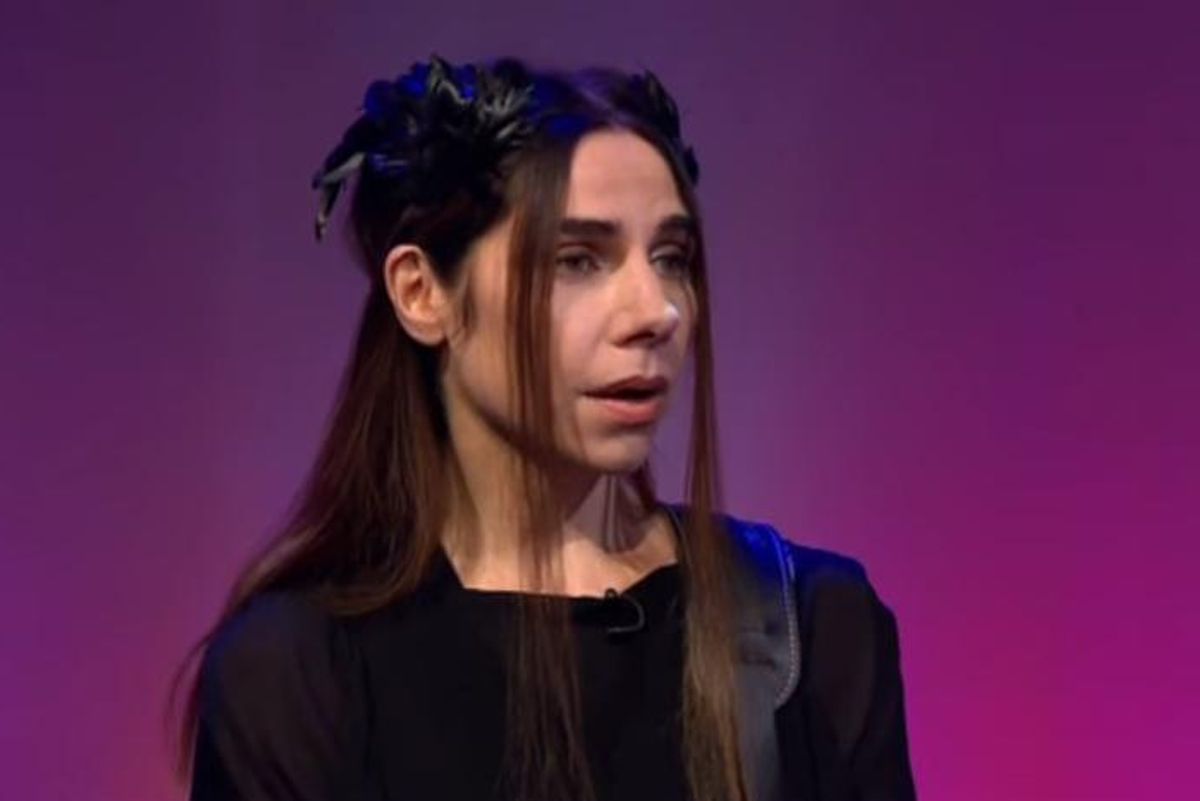 It's been a long time since we've seen this much of PJ Harvey. After announcing a new tour (that includes two dates in the United States), Harvey has now appeared to perform on TV--the first time in five years! She dropped by the BBC's The Andrew Marr Show to play her single "The Community of Hope" live.

Before the performance, Harvey and Marr discussed how her latest album, The Hope 6 Demolition Project, evolved. Harvey and collaborator Seamus Murphy had visited Kosovo and Afghanistan, and were in search of a third city to round out their project. "Washington D.C. felt like the right place to go to tie up the ends. A lot of the decisions were made there that affected Afghanistan, affected Kosovo," Harvey explained. "As a writer I was looking at the similarities I could find. We ended up spending most of our time in a part of Washington called Anacostia, which is a very poor neighborhood. I spoke to the people, listening to what they had to say and collecting notes."