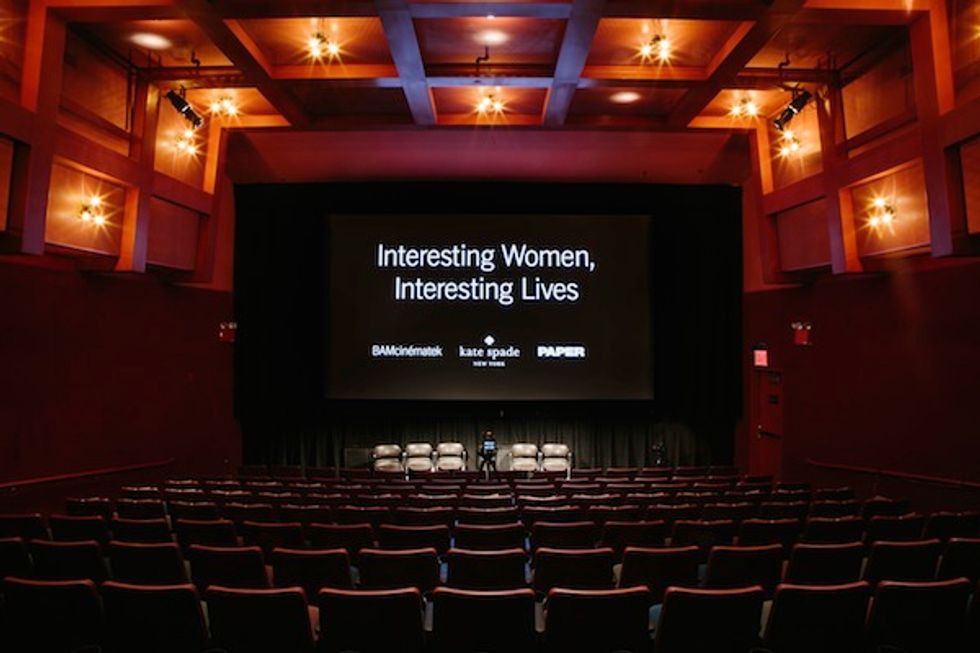 by PAPER // Photos by Timothy Mulcare
PAPERMAG
Last night Paper hosted a screening of the upcoming Albert Maysles documentary Iris with Kate Spade New York, BAMCinematek and the film's legendary style-icon subject herself, Iris Apfel. Wearing a cow-skin coat, Apfel held court on a panel discussion moderated by our very own Kim Hastreiter as well as Mickey Boardman and the film's producers. Among various bon mots shared by the 93-year-old, Apfel said she thinks the last great designer was Cristobal Balenciaga and departed the following wisdom on the audience, which was something her father said to her growing up:  "Never expect anything from people. Then, if they do something nice for you, you're happily surprised. And if they don't, well, you're not upset." You can't argue with that.

The film was shown as part of Kate Spade New York's ongoing "Interesting Women, Interesting Lives " series at BAM. Take a look at photos from the evening below.