We are living in the "Last Days" -- to some in a biblical sense and to others more literally. 2017 marks the end of an era and the beginning of a new one, but the uncertainly of what this era will represent remains troubling to a majority of the world.

In the past six months, I've met and photographed Donald Glover, Jaden Smith, and Naomi Campbell and 50 other inspiring people. I've shot and interviewed them, not about what they're wearing or their upcoming projects. Instead we discussed a very real and personal absoluteness: How would you spend your last day on earth?

The Last Days Project doubles as a motivational social commentary, acting as liaison between the "untouchables" of popular culture and the general public through a connected thread: mortality. Facing your own mortality rewires your brain to focus on the things that matter most to you. Reminds you that time waits for no man. Reminds you that we are all battling demons no matter social status. Reminds you of your virtues and the impact you have on those around you. It reminds you that life isn't over yet.

Instead of waiting and worrying about the unforeseeable future, who says we can't live our days as if they were in fact our last? Here's what a few of the subjects from #TheLastDaysProject had to say about their last days. 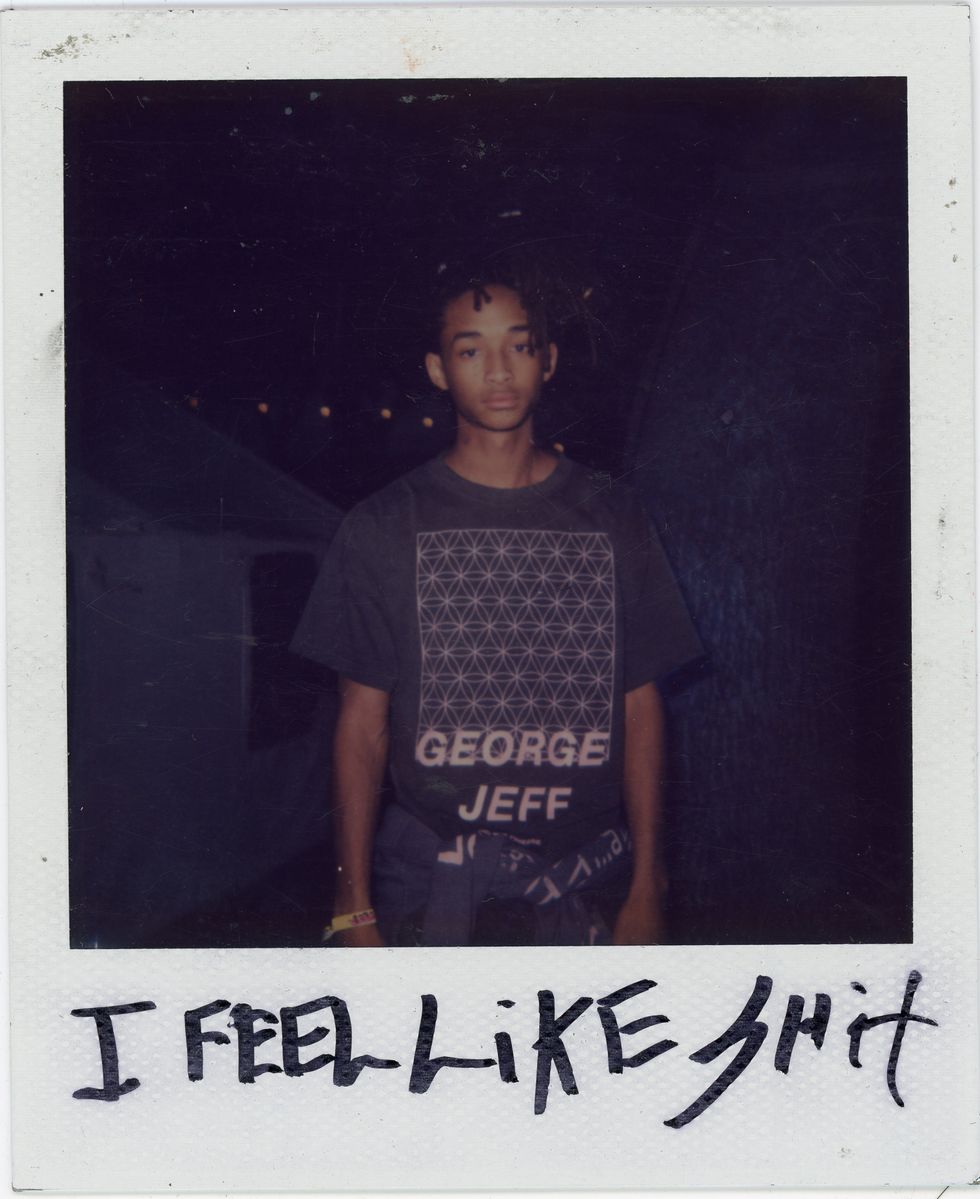 The universe works in weird ways. When he was around my age, my father, Ronald Antony Williams, aka "Sekou," toured with Will Smith as a dancer. Backstage during Camp Flog Gnaw 2016 I saw Jaden Smith and introduced myself. When I asked how he would spend his last day on Earth he told me it would take him some time to think of a "prolific" response. I didn't want something "prolific" from him. I wanted something relatable that no one could misinterpret or misunderstand. I asked him to tell me how he was feeling instead. This is the response I received. 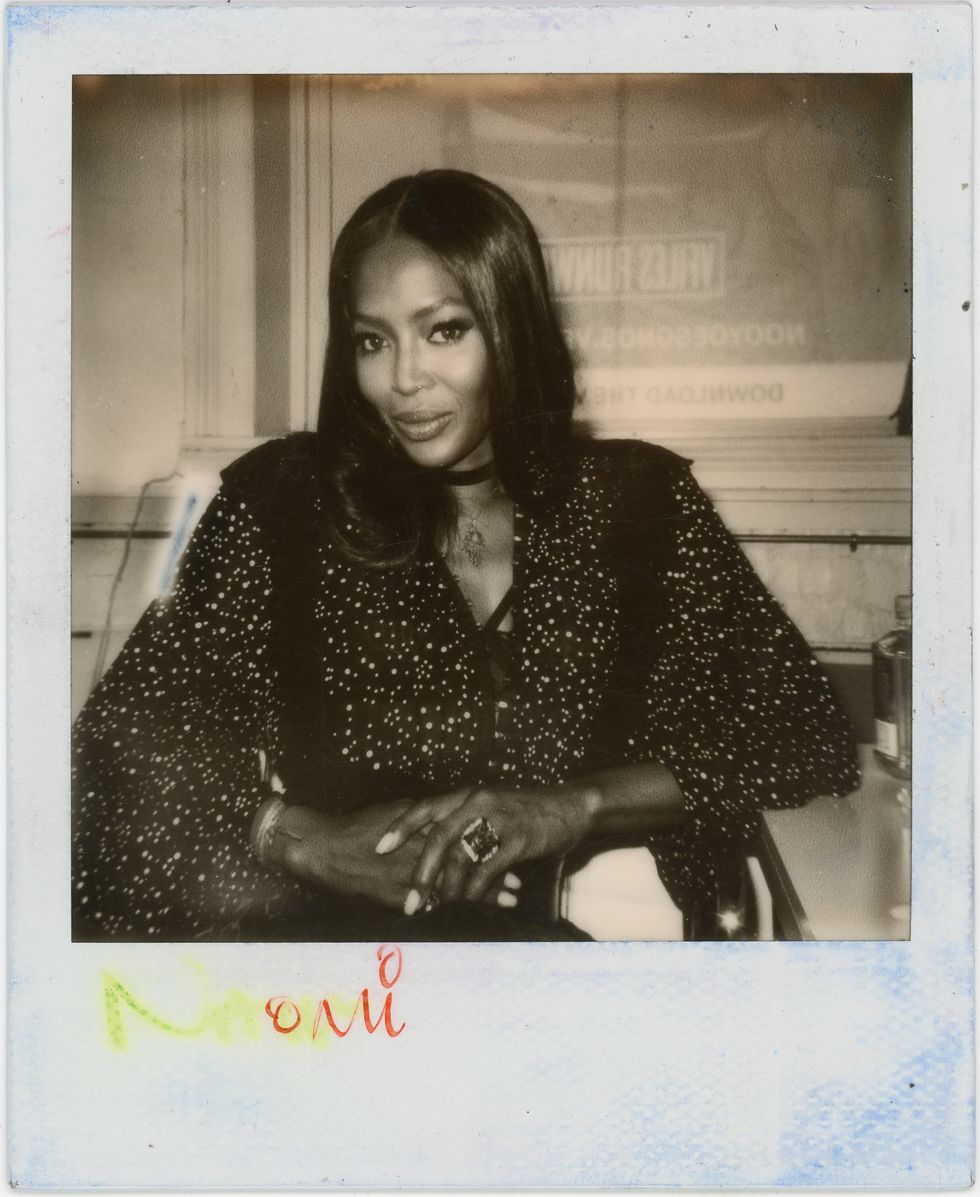 I was given about five minutes to talk to Naomi at VFiles, enough time to tell her about the project. She gave me the utmost energy and love, expressed how much she loved Polaroids--literarily exclaiming "I love Polaroids!"--then quickly getting into a Mona Lisa worthy pose. When I asked her the question she attempted to answer, then replied, "That's too difficult. I don't live that way." She happily signed her name to the bottom. 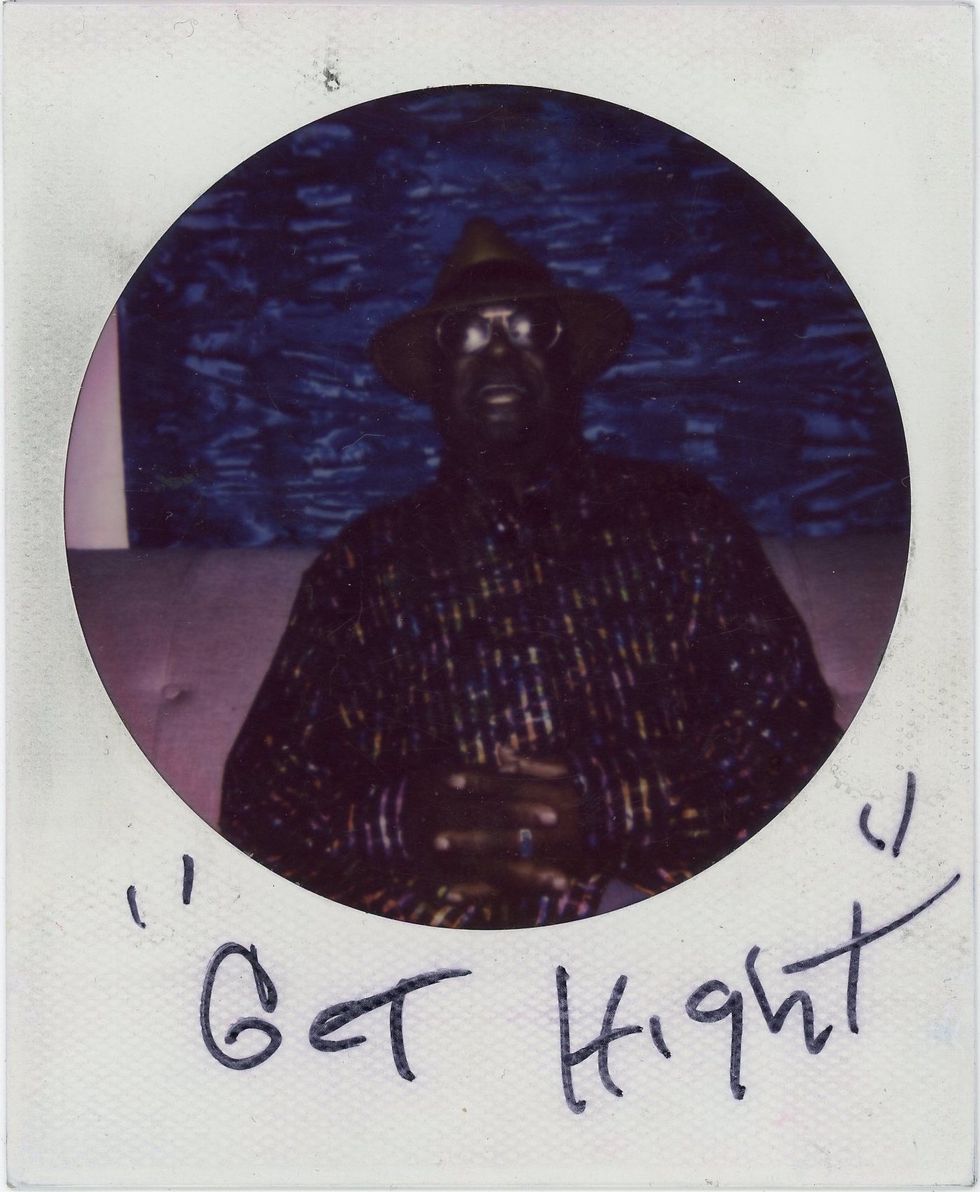 As night fell on Day 1 of Afropunk 2016, I walked into the tent where George Clinton's wife had arranged for me to take his photograph. His entire family welcomed me with open arms. I watched George Clinton roll a blunt and asked him the secret to being funky. The next day I gave this photo to his wife and she returned it to me with the words "Get Hight" scribbled at the bottom. I'm uncertain if the "t" at the end is purposeful, but I'm grateful nonetheless. 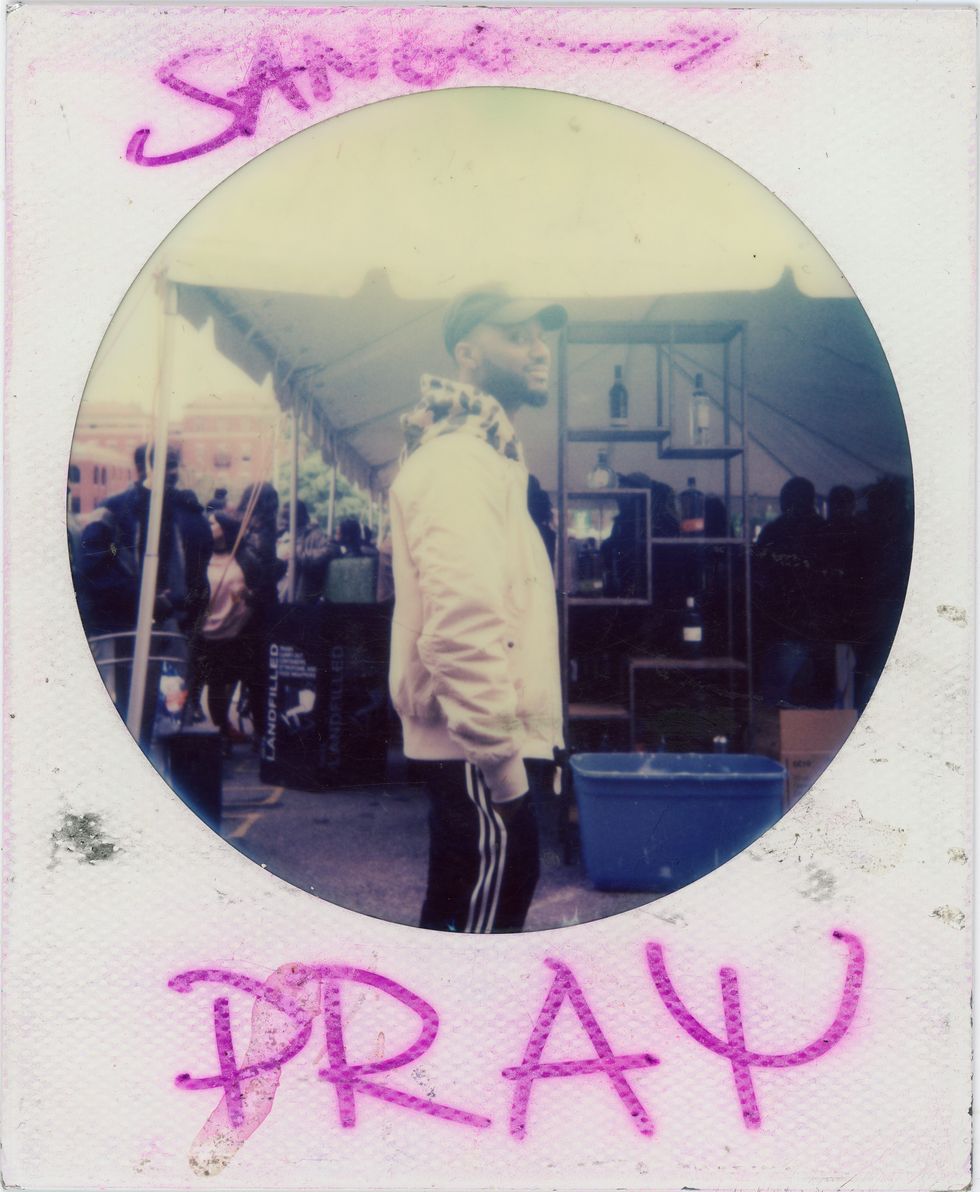 I first met Sango at a Goldlink concert at Irving Plaza. After the show, I ventured upstairs where Sango and a few others were lounging. Knowing noone, I introduced myself to everyone. The energy in the room was very friendly. Some months later I traveled to DC to cover Broccoli City Fest, where Sango would be performing. We sat down for an intimate interview, and he played me a piano recording his mother had sent him from his iPhone. 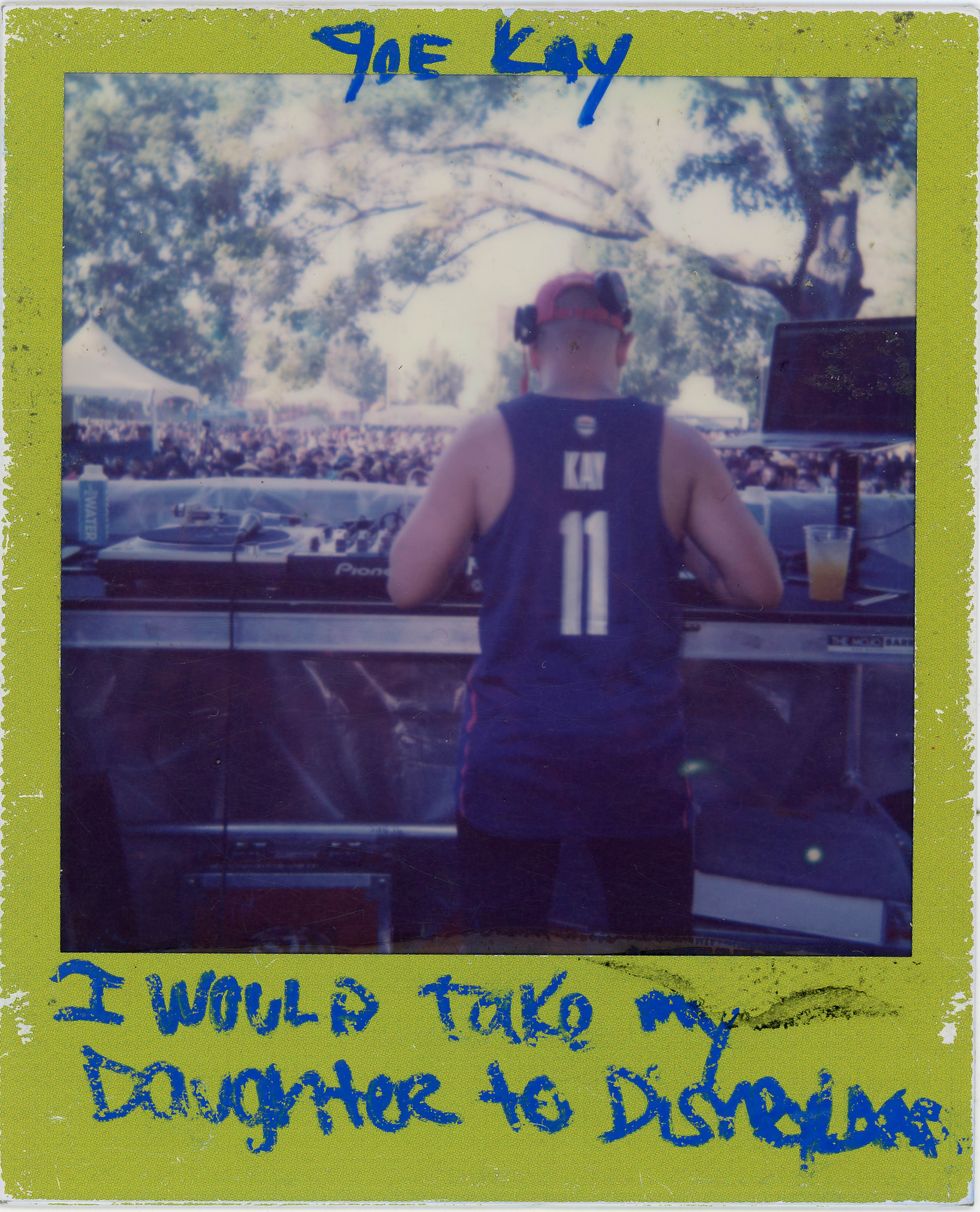 "I would take my daughter to Disneyland." 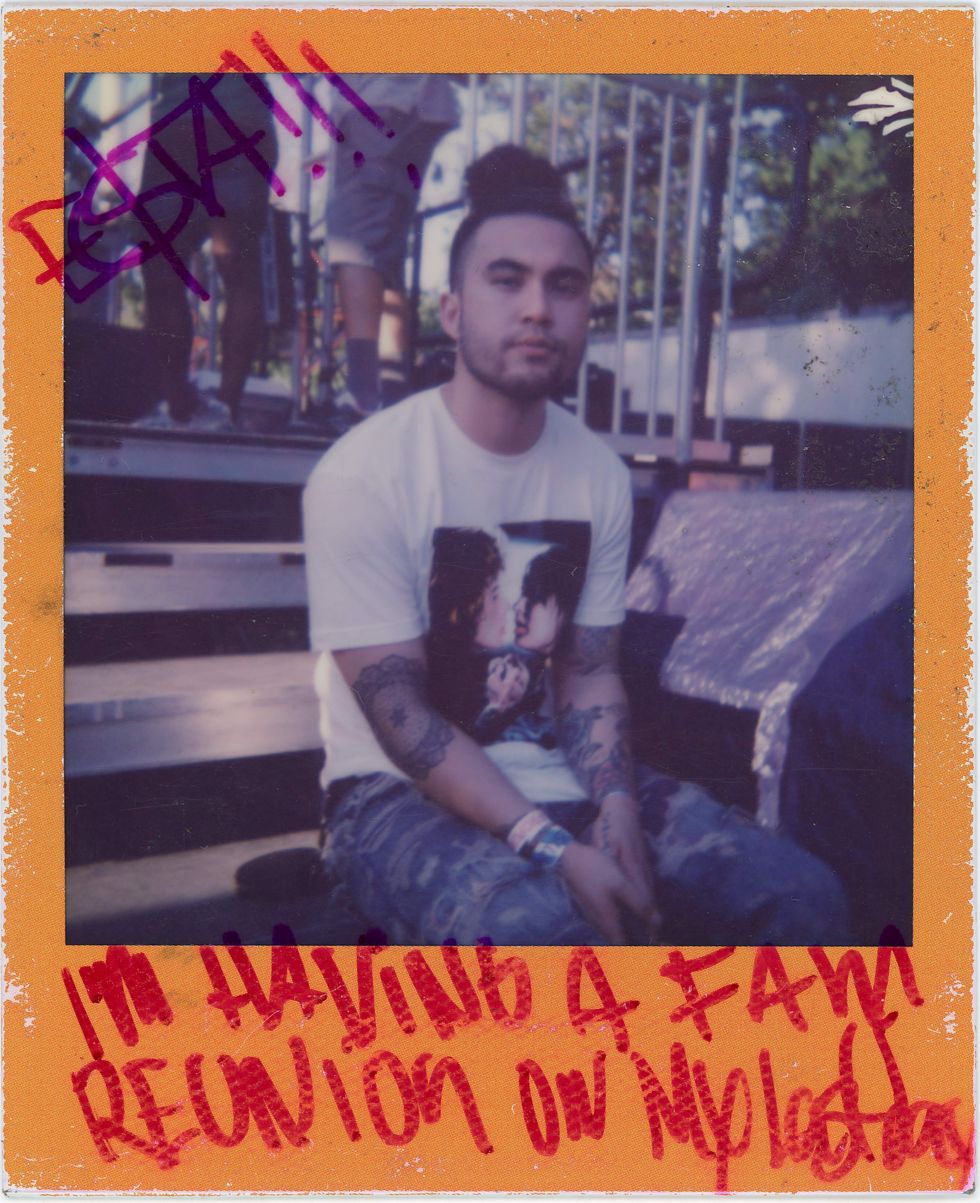 "I'm having a family reunion on my last day" 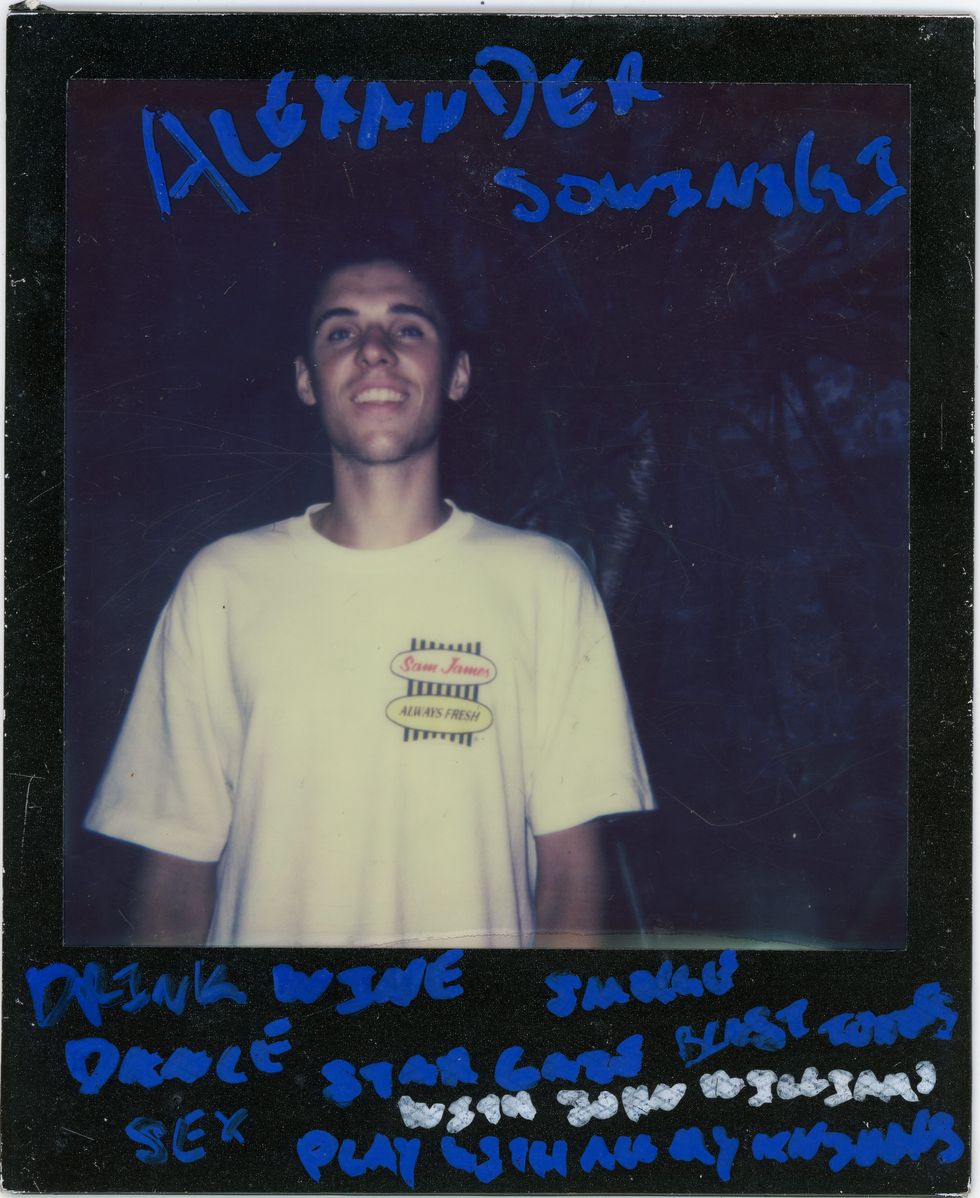 I spent some time with the members of BADBADNOTGOOD during a private recording session at RedBull Studios in Chelsea, NYC. Alex taught me a bit about the enormous soundboard that took up the front of the studio and about a machine that makes sounds more antique. It took a very long time for any of them to answer the question. With careful thought and after about an hour of chat and laughter the four members handed me back their Polaroid portraits, now scribbled with their last day requests. 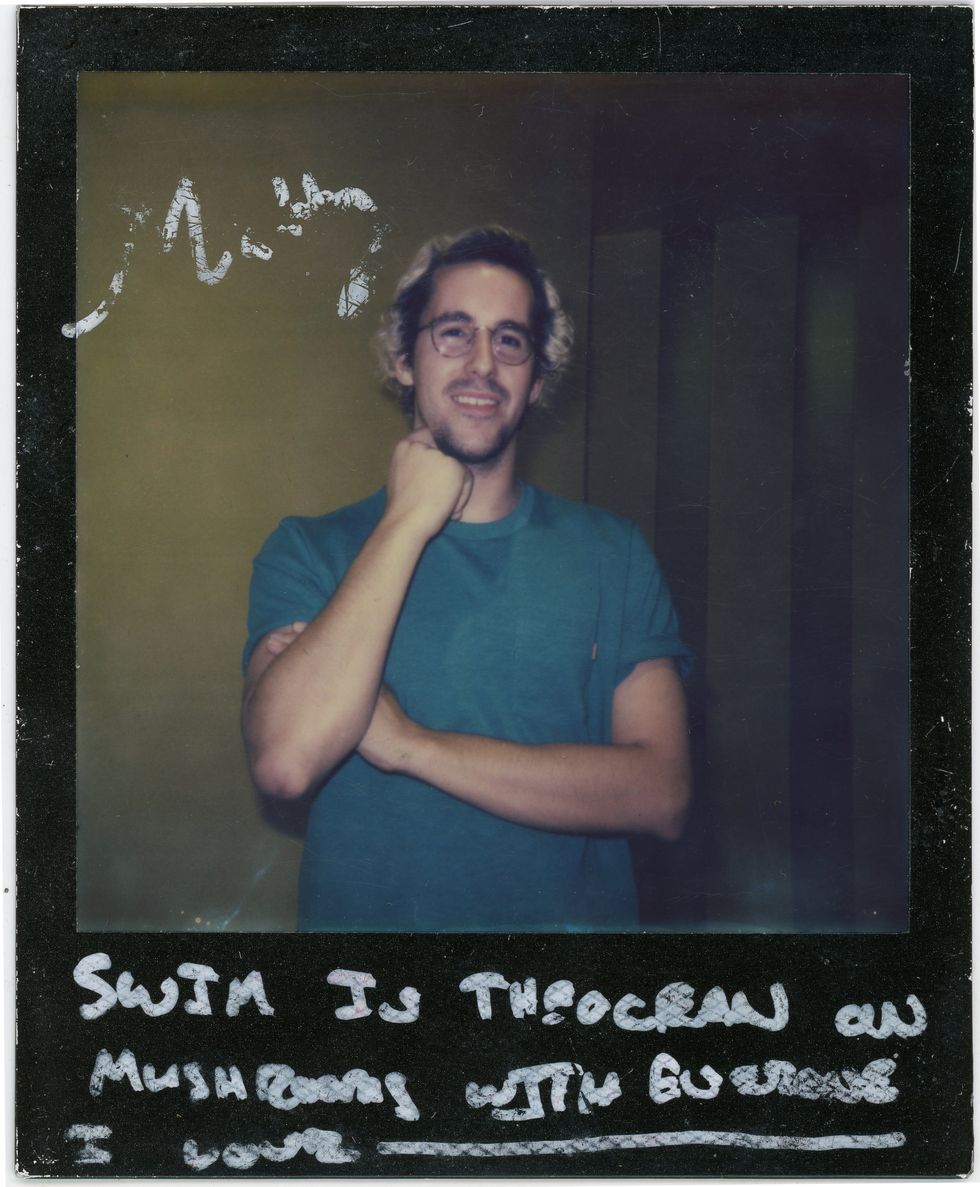 "Swim in the ocean on mushrooms with everyone I love." 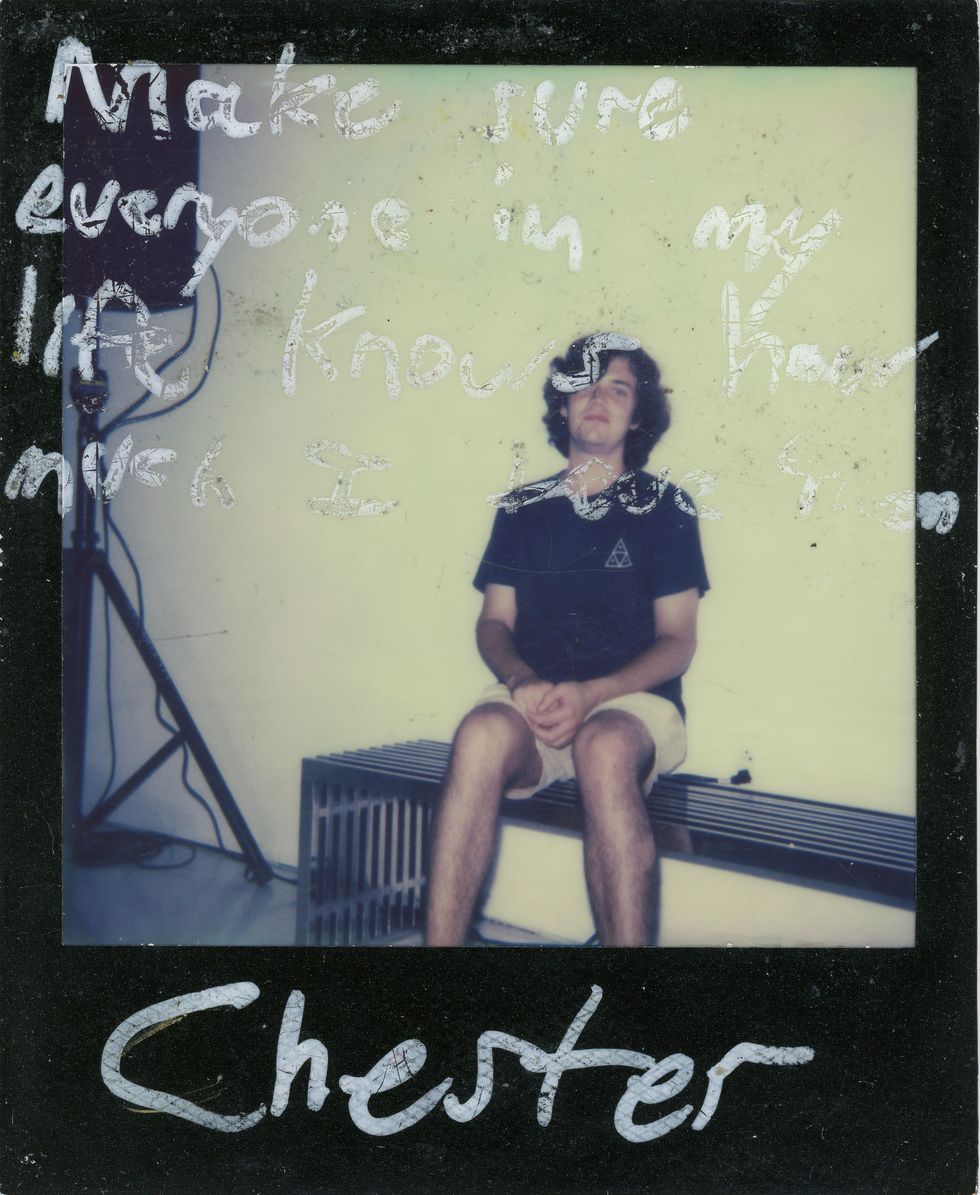 "Make sure everyone in my life knew how much I love them." 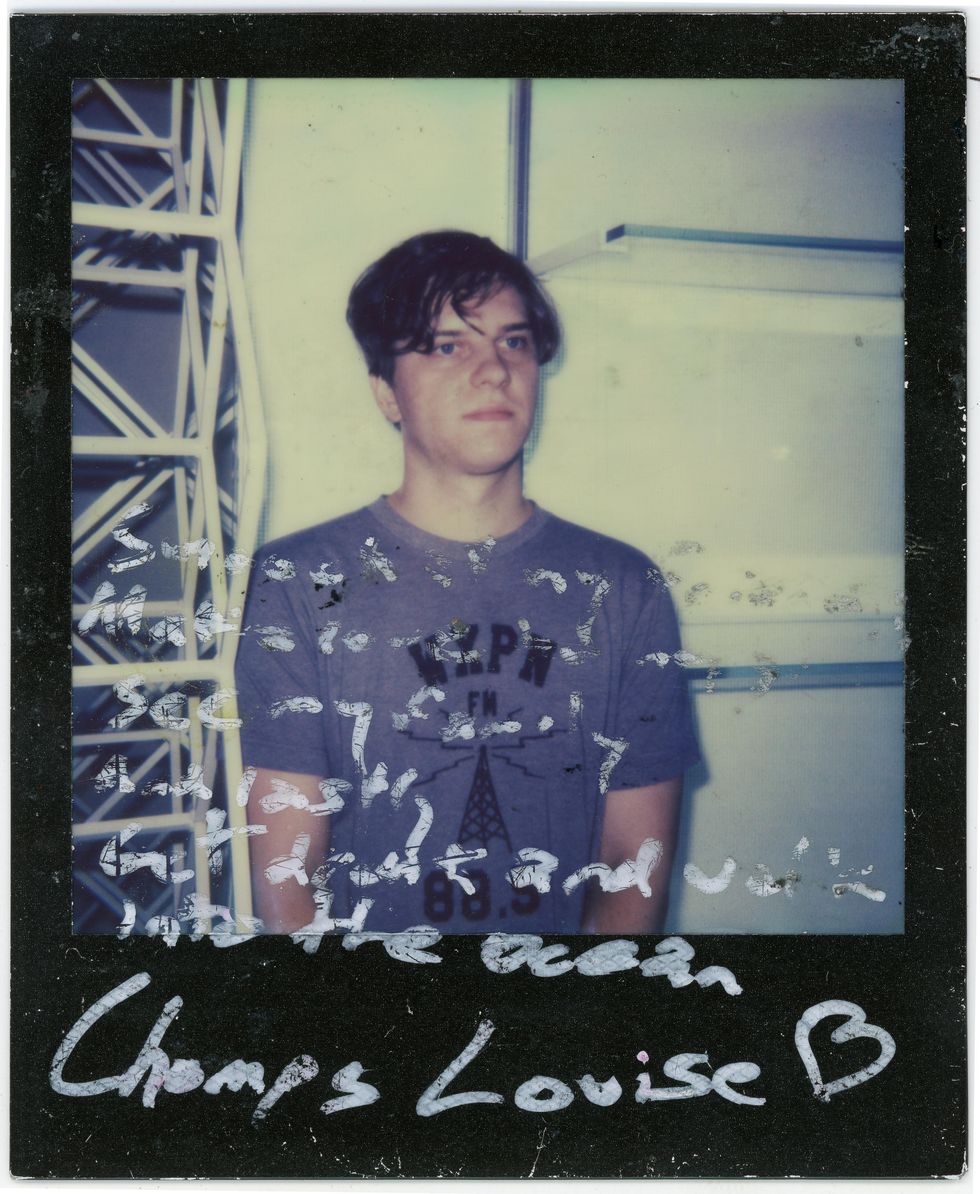 "Smooch my friends. Make love to my girlfriend. See my family and lastly walk into the ocean."

What would you do with 24 hours to live? Post a photo to Instagram of yourself using the hashtag #TheLastDaysProject and tell me @GYA.SI. I'll be adding the most detailed responses to the final of the book, The Last Days.

Keke Palmer is Going to Be a Mom

Theo James Confirms He Wore a Prosthetic in 'The White Lotus'

Houston Police Announce Arrests Made in Connection to Takeoff's Death

A Britney Spears Fairytale Is Coming to Broadway

Another 100 gecs Album Is Coming

Duckwrth Finds His Groove in the Margins

Rita Ora Denies That She Was 'Becky With the Good Hair'