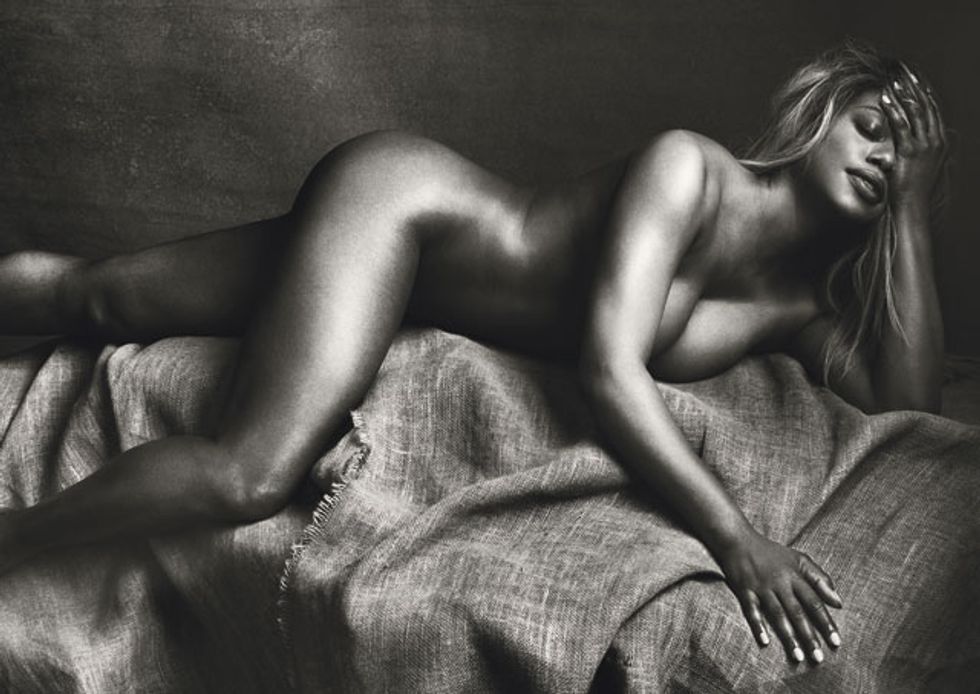 by Katy Turner
PAPERMAG
(Laverne Cox; photo via Allure.com)
Every year Allure magazine invites women to bare it all for their annual Nudes Issue and one of the most stunning photos from the spread is of Orange Is the New Black star, trans icon, and former PAPER Beautiful Person, Laverne Cox. But, apparently, she first turned the magazine down when they asked her to participate. After telling the magazine "no" a second time, she eventually reconsidered and decided to go for it. "I'm a black transgender woman. I felt this could be really powerful for the communities that I represent," Cox told Allure. "Black women are not often told that we're beautiful unless we align with certain standards. Trans women certainly are not told we're beautiful. Seeing a black transgender woman embracing and loving everything about herself might be inspiring to some other folks. There's beauty in the things we think are imperfect. That sounds very clichÃ©, but it's true." Also featured were Jordana Brewster (Fast & Furious franchise), Katheryn Winnick (Vikings), Nicole Behari (Sleepy Hollow), and Sandrine Holt (Terminator Genisys). For more from the feature, head over to Allure.com.