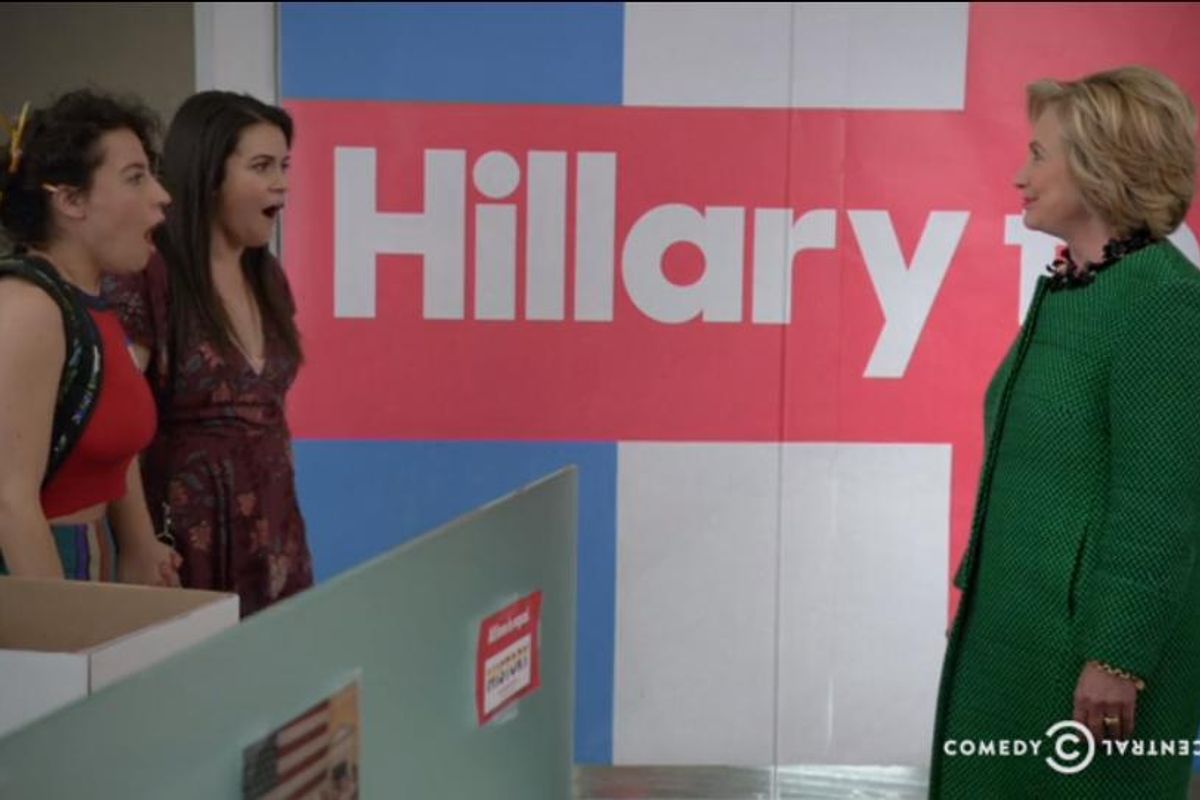 The news that Hillary Clinton would be appearing on an episode of Broad City has been floating around since December, when the presidential candidate tweeted out this picture of herself with creators Abbi Jacobson and Ilana Glazer, and executive producer Amy Poehler.

This weekend, during a SXSW panel, Glazer and Jacobson revealed that the Clinton cameo would be in this week's episode. In this teaser clip, we actually get a glimpse of that Hillary encounter. Ilana has moved on from her job at the thinly-veiled Groupon company to the Clinton campaign. She's giving Abbi a tour of her new professional digs (and sporting a dangerous-looking office-supply-enhanced hair 'do). They're basking in the associated Hillary-glow--"She's breathed this air. Take it in!"--when HRC herself appears on the scene, prompting a slow-motion freak out from both broads. The full episode airs tomorrow night.