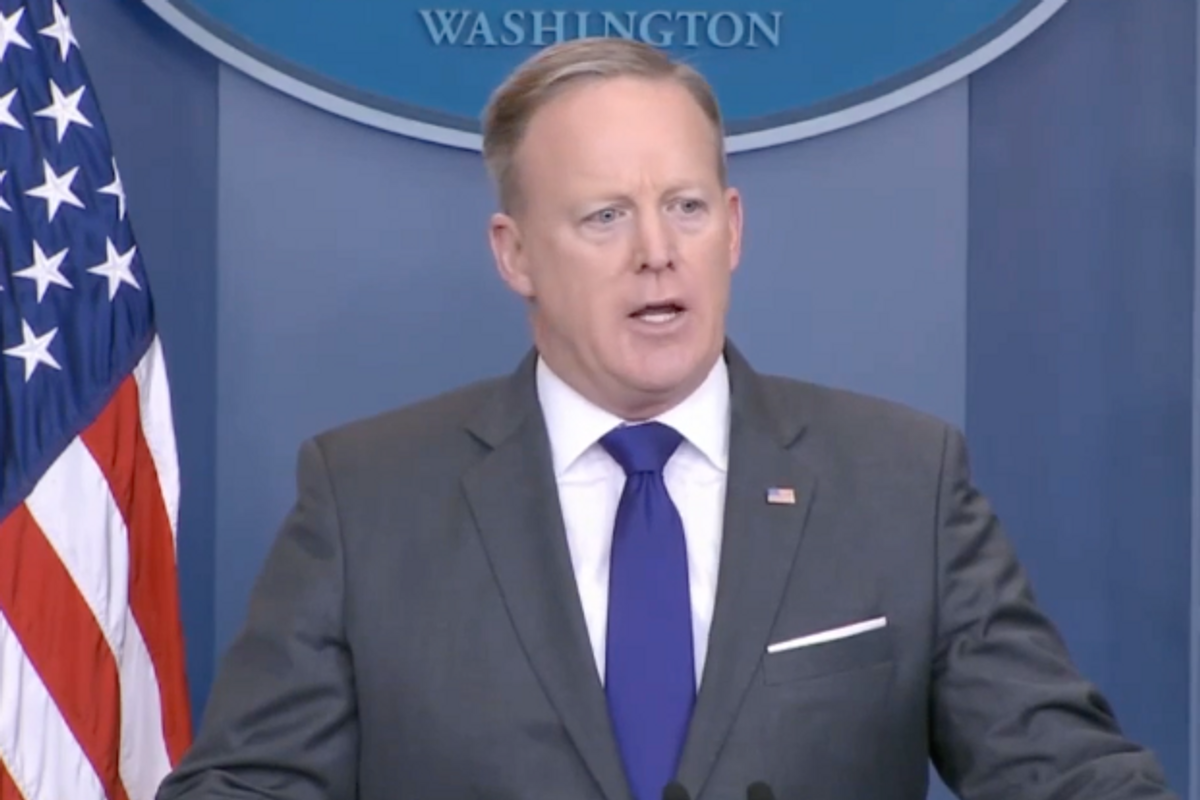 The Internet Is Now Trolling Sean Spicer Via Venmo

White House Press Secretary Sean Spicer was probably not meant to hold office in an Internet-era.

In the past two weeks, he's publicly posted what seems to be a password, his bizarre, past rage at Dippin' Dots has been uncovered, and, most recently, people have found what seems to be his public Venmo account.

Upholding the general Internet ethos of "leave no account un-trolled", people have been sending Spicer money to get his hairline back, to fund the 35 pieces of gum he swallows whole every morning, and, of course, for Dippin' Dots.

Unsurprisingly, some people don't feel particularly excited to give money to a self-absorbed white supremacist. Instead, users are also requesting money for damages Spicer and his administration have caused them.

Charges include $50 for anxiety medication, $200,000 to refund a "journalism education that [Spicer is] making worthless", and $.21 to represent the amount a user is owed because of the wage gap.

While the app is usually reserved for shared drunk Uber rides and hungover brunch, who's to say the resistance of our time isn't also Venmo-based?