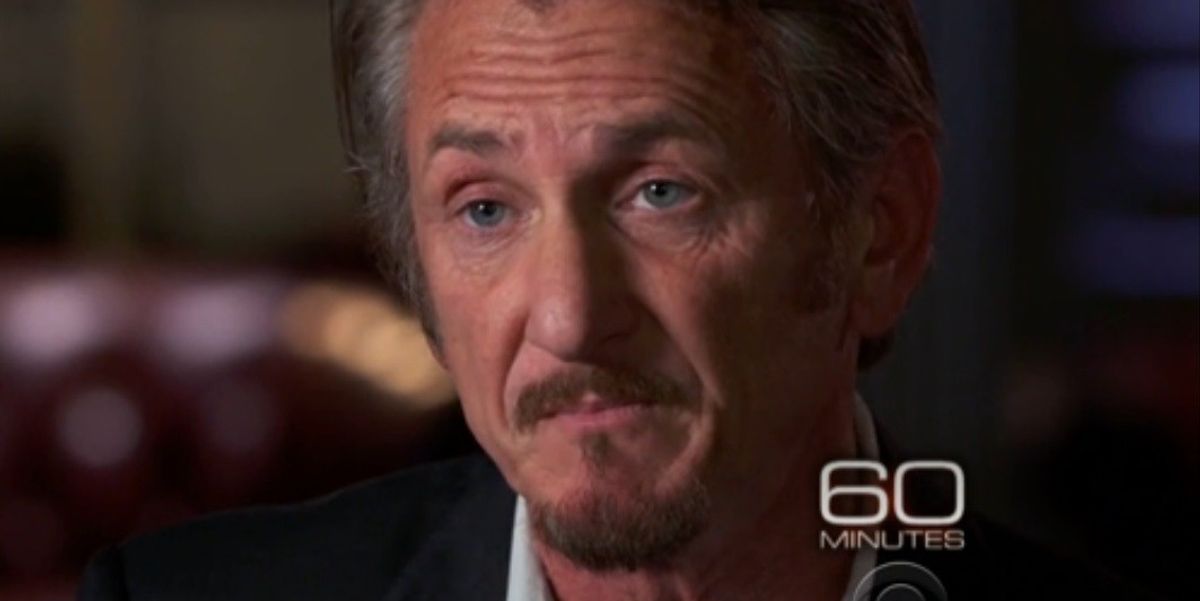 Start Your Week Off With The Worst Quote In the History of Everything, By Sean Penn

The interview is essentially the equivalent of a Taxi Driver poster on the dorm wall of a college freshman.

Penn--actor/filmmaker/producer/and apparently, the world's first and only journalism--went on 60 Minutes with Charlie Rose to defend his chat with the man allegedly responsible for the deaths of some 34,000 people, and serving openly gay rancher/paisley horror fashion.

"To demonize any person is not in our best interest," Penn said.

Penn mentioned that when the opportunity arose that he may have the chance to meet Guzman, Penn said, "it struck me that I wanted to do--"

"..to do what, Sean?" Rose (thankfully) cut him off. "What was seeing him going to do, other than getting a lot of attention?"

Scrambling to find any explanation, Penn instead decided to define to Charlie Rose, an award-winning journalist with a 45 year career (and all of us feeble minds watching) what--quite literally--journalism means.

"I do what *I* call 'experiential journalism,'" Penn stated. "I spend time in the company of a human being...and I make an observation."

For the rest of the week, and perhaps the year, I'm going to lean into strangers on the subway, and whisper in their ear, "I spend time in the company of a human being," and when their eyes are wide with horror, I'll add, "and I make a observation."

Watch a clip from the 60 Minutes interview below.