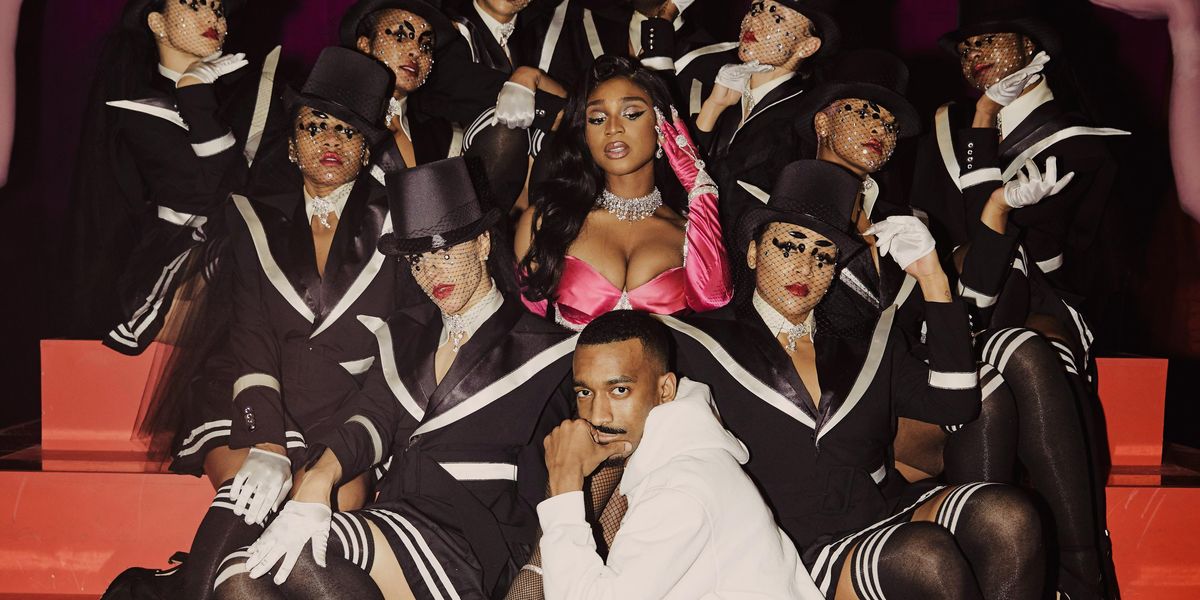 Philadelphia native Sean Bankhead has become the man behind the moves of your favorite musical acts. Working with the likes of Kehlani, Summer Walker, Migos, Lil Nas X and Normani, the choreographer has become the industry's go-to guy. Many of his dance routines have become viral challenges on TikTok and Twitter.

Bankhead was always a fan of music, even performing with his high school drumline. After moving to Atlanta in his late teens, the choreographer set his sights on elevating the world of dance. In 2006, Bankhead uploaded his first dance video to YouTube, garnering over a million views. It was then that he knew he could leave a lasting impact on others by sharing his talents.

Since then, Bankhead's wildest dance dreams have come true, from working with legends like Beyoncé and Missy Elliott, to snagging a gig with Lee Daniel's hit drama series STAR on Fox and Lena Waithe and Halle Berry's Boomerang on BET. These days his titles extend further than dancer and entertainer. The notable choreographer has positioned himself as an integral part of the dance community. Bankhead has also been a longtime instructor at the popular Dance 411 studios in Atlanta.

PAPER caught up with the all-star entertainer and businessman to talk about his recent work on "Industry Baby," and "Wild Side," what being a great choreographer means to him and what he has planned next.

Tell us who you are and how you got involved with the dance world.

I've kind of been a natural dancer and lover of music, arts, and fashion since I was a kid. My mom always told me stories about how she was so impressed that I would be sitting in my car seat, having so much rhythm — shaking my head and listening to music.

I was a fan of music videos, from Michael Jackson, Janet Jackson, to Missy Elliott, Usher Britney Spears, Aaliyah, etc. I was always fond of watching their music videos and live performances, trying to emulate the dancing.

I'm a self-taught dancer. I never really took dance classes when I was younger. In fact, I was more into instruments and music. I played piano, the saxophone, and the drums. I believe further down the line, it ultimately formed my creative language when it came to creating choreography.

What's your most memorable dance moment?

Recently, I was able to choreograph Missy Elliott's MTV Video Vanguard Award performance. Growing up and watching Missy Elliott videos when I was younger is how I learned how to dance. I learned about funk, and groove, and different styles of dance through watching her music videos. It was a full-circle moment to be able to be creating for her and choreographing her music videos.

"I've seen my white counterparts get paid almost triple the amount that I would get. Unfortunately, it's a very sobering reality."

How do you think Black dancers (and dances) impact the world outside of the Black community?

Black art, in general, is the pulse of art for me. Whether it's music or fashion, Black culture has always been looked to for what's hot.

In dance right now, there's this big conversation happening regarding TikTok and creators. They are predominately Black creators, young creators, making art taken by other cultures or other races who benefit from it. They're getting the endorsements and the deals and becoming household names off of doing these Black creators' dances.

I'm glad that the Black TikTok creator strike happened because you really saw the influence of Black culture and Black talent has on all of these people's lives. Me being a young, black creator in the industry, I have definitely felt those pressures. I've seen my white counterparts get paid almost triple the amount that I would get. Unfortunately, it's a very sobering reality.

You've worked with a number of great artists, Normani being one of them. How was the process working for her again for her "Wild Side" video? How did your close relationship start?

I think everyone knows that I choreographed for Fifth Harmony, and obviously Normani was in Fifth Harmony. Through that journey, we both learned a lot about the industry and life, and during that process, we always kind of had our eyes on each other — especially being the only two black people in the entire process.

I always knew her talent, and I knew that she had this incredible dance background that wasn't tapped into yet. So, after the group disbanded, it was pretty much a no-brainer. We trust each other. She's like a little sister to me.

She's so fearless, and we're able to push each other creatively to produce these works of art that I am most proud of. I've always dreamed about having an artist that I can just do whatever with, that can actually match my level of dance and choreography, and that's Normani.

How has the reaction been to the now viral #Wildsidechallenge?

I'm still kind of in shock. I'm overwhelmed. I feel like I've hit the lottery like three times in six months. If anyone knows me, they know I'm not an emotional person. But when "Wild Side" hit, I got choked up. It's so satisfying to see dancers basically do what I did when I was growing up, trying to learn how to dance, which was watching music videos and trying to emulate. It's so cool to have my teacher hat still on and have students still learning through music videos.

We knew when we were creating "Wild Side" that it wouldn't be a TikTok dance. We didn't want it to be either. We wanted to do a challenging piece of choreography that's not watered down to kind of fit the challenge era of what dance and music is right now.

So, to see people doing it, getting up, and learning this hard choreography, really hit me. This was such a huge baby for us. We worked so hard on it and really took our time on it, to the point where we were still editing the music video the day it came out. I don't think people understand how much of a perfectionist Normani is. We'll edit and watch videos for hours, like "is this even good?" But we dropped it, and the rest is history.

You recently worked with internet star turned rapper Lil Nas X for his controversial "Industry Baby" video. What was that process like?

We shot the video two days after his BET performance. We were still kind of on this high of being able to shake the BET stage the way we wanted. We were rehearsing for "Industry Baby" while we were rehearsing for the BET Awards. I have so much respect for Nas, I love him dearly, and we get along very well. We're in a groove right now.

I don't think people realize how creative he is. He wrote every scene for that music video. That was his entire creative idea. In fact, he's done all the creative ideas for all his videos. He genuinely comes up with these concepts and ideas that challenge conversations. I'm very proud of him. He's very courageous.

How dedicated are the artists you've worked with to learn the moves?

Everyone's different. Normani loves to over-rehearse, and I HATE it. She'll have the combo down in a day or two and set rehearsals for a month. I think it's because we were so used to creating in a short amount of time. For "Motivation," we had three rehearsals, and I think that was spread out over a week because she was flying back and forth due to her being on tour. So, for us to do "Motivation," and seeing how that hit, it was like, let's see what we can do two or three more weeks of rehearsals.

On the other hand, you have a Cardi B, who publicly says she can't dance at all, and she cannot. I had to start from scratch, just getting her rhythm and body to ease in intricate and full-out choreography that's very intimidating for any artist to achieve. Everyone has different skill levels, but I've been fortunate to work with artists, especially recently, that care about what we're trying to do.

We have to ask, what was it like working with Queen Bey?

Honestly, it was a blur. The first time I got to work with Beyoncé was for "Single Ladies" on the Tyra Banks Show. I was probably 18-19 when we did this. My best friend, JaQuel Knight, is her choreographer. I was living in a house with him and other dancer friends at the time. I remember he went to New York to work on this project, and then he called me a week or two later, asking me to come to perform with him and Beyoncé.

I got on a flight and landed that following day and learned the choreography. She came in and saw us do it and told us, "See you in the morning." Ms. Tina fit us and styled us, and we basically did the performance the next morning.

What's the best part about being a choreographer?

I think for me, it's just freedom. I still pinch myself that I get to wake up and listen to music and dance for a living. I can't believe this is my life. I never wanted to be a dancer. I didn't even know what a choreographer was when I was younger.

I'm so grateful that I have been able to stretch my teaching wings and inspire anyone that can watch my work and growth and see that anything is possible. I get to travel the world and work with legends and icons, making art.

How have you been working during quarantine? You have been doing dance classes via Instagram Live. What has that process been like?

It's been two-sided. The pandemic has taken a toll on the entire dance community. Obviously, a lot of businesses, including dance studios, were shut down for the whole pandemic. So not only were we not able to teach, there was no training, no lessons. Students could not do things like fellowship, stretch, practice, audition, you know?

It allowed me to think of more creative ways to share my art, connect with other dancers, and make money. I was teaching online classes, which I disliked because I'm a hands-on teacher, and you can't have that same connection during a Zoom call.

Mainly I'm focused on elevating my choreography, but I want to dive more into my business endeavors at some point.