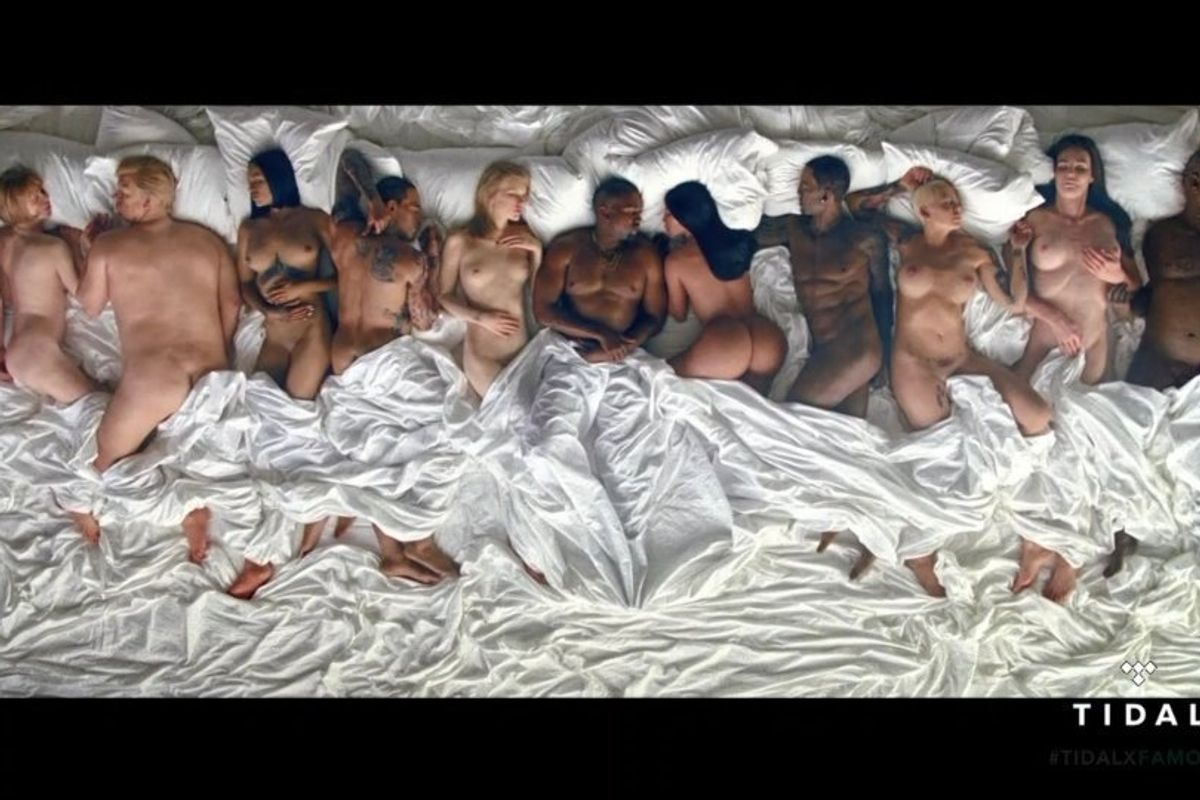 UPDATE: Kanye's "Famous" Sculptures Are On Sale For An Astounding $4 Million

[UPDATE 09/01/16, 6:18 p.m.: According to a representative for Kanye West, reports of the $4 million dollar sale of Ye's mixed-media installation are untrue. "We are incredibly flattered that a number is being reported but at no point have we ever disclosed a sale price for the piece," they wrote in a statement. "The writer whose story was published in the NY Times unfortunately based his reporting on hearsay, conjecture, uninvolved third parties and the lack of fact checking. Once again we are flattered by such interest, but as far as Mr. West is concerned - it's all about the art. We are looking forward to announcing when Famous will be available again for viewing."]

Fresh off the exhibition of the "breathing" A-list sculptures featured in Kanye West's now infamous music video for "Famous," on display at Los Angeles gallery Blum & Poe, the electric terrors are on sale for a cool and casual $4 million.

Cool, so some maniac Los Angeles trust fund ghoul who bought his first home at 19 will buy this, sleep in it every night, and also make his guests watch uncomfortably as the sculptures breathe for hours when he has a party.