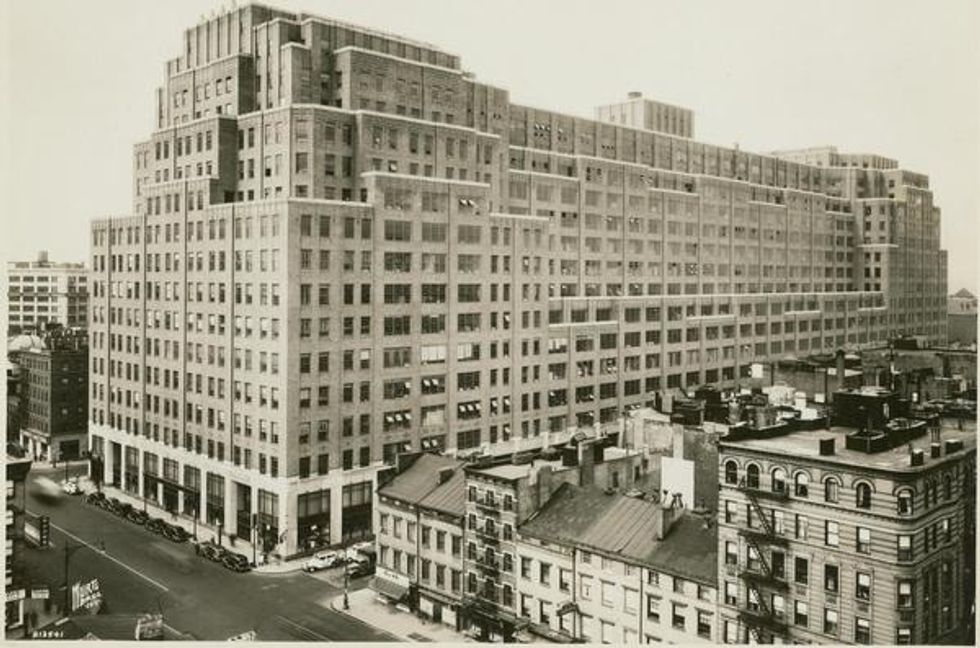 Scroll Down Memory Lane With Old Photos of NYC Destinations

by Eric Thurm
PAPERMAG
Today saw the launch of OldNYC, a project by Dan Vanderkam in collaboration with the New York Public Library. The site takes photos from the NYPL Milstein collection and places them on a map of the city, allowing for the fullest view of what New York once looked like this side of The Knick. Check out a few choice New York destinations, then spend some time on the OldNYC site getting lost in the past.

13th Street and 10th Ave. (Formerly home to Mars)
The club (not to be confused with the bar) was in the building on the right and that small building on the left is The Strand Hotel, which housed notorious after-hours sex club, The Anvil.

no date
27th Street and 11th Ave. (Formerly home to Tunnel)
The famed club, without train tracks and a whole lot of mud -- less exciting, yes? More interesting? Who knows.

153-157 Hudson Street, 1922
157 Hudson Street (Formerly home to Area)
This is the exact location of Area -- the building has clearly gone through some changes over the years.

84 King Street (Formerly home to Paradise Garage)
Before 84 King Street was the home of New York house it was... just a building by the docks.

Driggs and North 12th Street, Williamsburg
This area actually looks pretty similar, given how the MTA has treated the L.


The Church of Sts. Peter and Paul, 1936
Wythe from South 2nd Street to Broadway, Williamsburg
Remember open spaces? What's that all about?

Meatpacking District and the Highline
Just replace a man with a barrel slung over his back with a guy carrying his drunk friend/girlfriend and it's like nothing's changed!