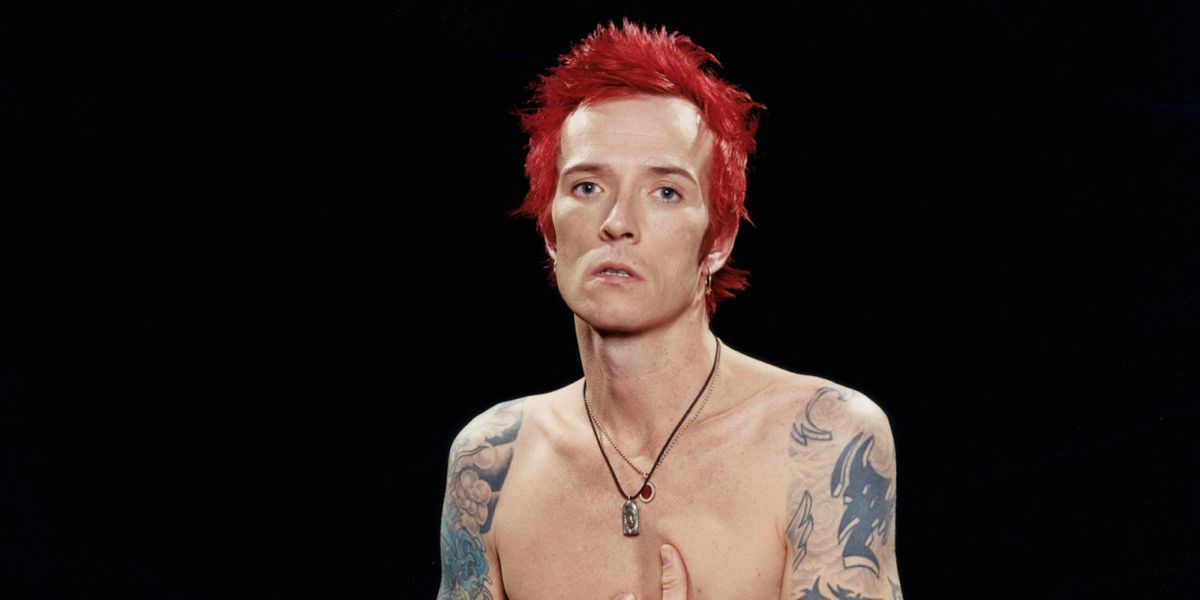 In the summer of 2001, Stone Temple Pilots were doing an in-store signing at New York's Virgin Megastore to promote their then new album Shangri-La Dee Da. It was a few years after their MTV-dominating heyday, but I was still a big fan. I'd recently reviewed the album for the Midwestern alternative weekly I was stringing for at the time; my editor was smart and kind enough to cut out the jeremiad I introed the piece with where I laid into everyone that had written off the band in what I presupposed was an attempt to look cool. I will admit now that I was as unfair to the band's detractors as they were to the band, but such is youth. I got my album signed and got my handshakes. Before I left, I told the group's frontman Scott Weiland that all of his fans were happy to see him looking healthy and making music. He smiled and said thanks. I still like to think he appreciated hearing things like that.

In 2001, Weiland had been out of jail for a little more than a year, owing to a probation violation from his 1998 arrest for heroin possession. Weiland's very public battles with substance abuse had derailed Stone Temple Pilots career on more than one occasion, but by 2001 it seemed that he'd finally straightened out and put it all behind him. Instead, they broke up for the first time one year later, owing to yet another inter-band squabble. As was their style, they'd later reunite in 2008 and release one more album before Weiland was fired in 2013.

Weiland had one of the greatest vocal ranges of his era, able to shift from a vulnerable croon to a Robert Plant-worthy howl to a glammy sneer, and he was a slithery stage presence, willing to ooze much-needed sex and camp during a particularly serious time in rock history. As a lyricist, he was firmly in the post-Stipe/Cobain mold that had a stranglehold in the time, eschewing narratives for impressionistic imagery that delivered emotions too difficult to otherwise explicate. He wasn't the most eloquent of lyricists (the band's debut single "Sex Type Thing," Weiland always insisted, was a protest against rape and aggressive male behavior, but plenty of the aggressive young males that flocked to the band didn't see the irony), but when he hit upon the right phrase, such as the line "conversations kill" in "Big Empty," his dexterous voice could drive home the appropriate anguish.

Stone Temple Pilots were one of the most popular acts of their era, but Weiland's multiple arrests and rehabilitation attempts continually disrupted their career momentum and strained the group's working relationship. Weiland's bandmates — Dean DeLeo, Robert DeLeo and Eric Kretz — formed two different groups (Talk Show with singer Dave Coutts and Army of Anyone with Filter frontman Richard Patrick and drummer Ray Luzier) that attempted to recreate the Stone Temple Pilots sound with a more stable singer before simply hiring Weiland superfan Chester Bennington to take his place in a touring version of Stone Temple Pilots.

If Weiland didn't make it easy to love him back in the day, neither did anyone else. They were a critical punching bag nearly from the start, accused of being a bunch of California carpetbaggers jumping on the Seattle train, with Weiland in particular being singled out as a poor man's Eddie Vedder. I don't feel the need to throw anyone under the bus for something they wrote 20 years ago, but during a time when people were worried that the rising popularity of "alternative music" would dilute a scene meant for weirdos and in-door kids, it became a sport to hurl the meanest possible invectives against the band, with one prominent writer even wishing that God would simply wipe Weiland off the face of the earth. Even Pavement, the coolest group on the planet, got in on the fun with their infamous diss "Range Life," in which frontman Stephen Malkmus called them "elegant bachelors," and asked "are they foxy to you?" in a tone that made it clear this wasn't a compliment. (At least Mary Gaitskill liked them.) Those critics were right to be wary, as the total dilution of alternative music is exactly what happened, but Stone Temple Pilots were the wrong target, as they proved to be a much more creative group than they were given credit for, a stealth glam-pop group in grunge metal clothing with a greatest hits album that stacks up against any group of the time you could care to name.

I loved Stone Temple Pilots in the '90s, but being an insecure teenager, I always worried if I was wrong to love them. To my regret, I remember calling them "posers" to some of the incredulous older kids, and insisted I only liked one or two songs, when in fact their 1994 album Purple rarely left car rotation. Worrying about "authenticity" and liking "credible" music now seems like an unimaginable concern in a world where multiple think pieces are devoted to Justin Bieber's right to wear an overpriced Nirvana t-shirt, but it was the overriding issue of the time. You couldn't just like music. You had to like the right music for the right reason, or everything we'd built would be lost. There's a purity to that line of thinking, but purity rarely leaves much room for multiple viewpoints or fun. If Stone Temple Pilots were a new band, there would be more think pieces defending them against charges of being a prefabricated concoction than actual takedown pieces. Poptimism can be annoying sometimes, but it's created a kinder world.

Eventually, the cognoscenti warmed to the band a bit. They got a little weird on 1996's Tiny Music... Songs from the Vatican Gift Shop and the reviewers approved, critics moved on to hating Bush and Creed, and eventually Stereogum's Chris Deville could say they were a better band than Pearl Jam and only raise a few eyebrows.

To be clear, Scott Weiland was no saint. In 2001, he was arrested for shoving his then wife Mary Forsberg; charges were eventually dropped. In interviews, Weiland sometimes walked right up to the line of justifying his drug use as a way to feel better after being torn down by critics, which is, of course, bullshit. One of the core tenants of recovery is the only person responsible for your decisions is you. All that said, it's hard not to have sympathy for the man. He first tried drugs as teenager, and spent his whole life in their thrall. He had two children and millions of fans, and he clearly tried very hard to stay on the right path. In interviews given earlier this year to promote his solo album Blaster, he claimed he'd be clean for years, and maybe that was true and there was some other reason his bandmates didn't want to work with him and instead he was touring the nostalgia circuit, playing Core and Purple in their entirey on the road with a group of hired guns.

Earlier this year a friend of mine posted a widely-circulated video of disastrous live performance of "Vasoline" in which he looked lost, defeated and out of key. Underneath the video, someone wrote "he's still got it....a debilitating drug problem, that is." At the time, I couldn't bring myself to click on it. I couldn't stop the world from making him a punchline, but damned if I was going to laugh along.

Scott Weiland was found dead in his sleep last night on his tour bus. As of press time, the cause of death is currently unknown. He was 48.