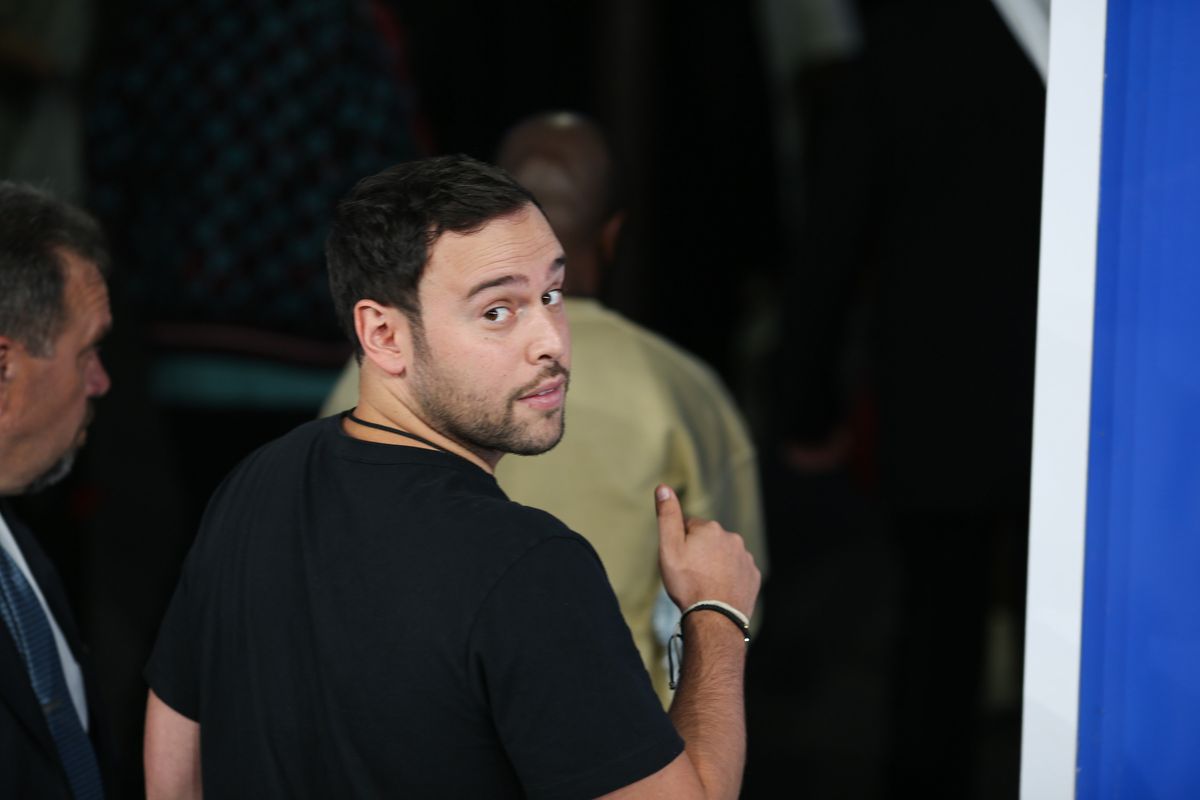 Scooter Braun Breaks His Silence on the Taylor Swift Drama

After a week of complete silence and ton of public speculation, Scooter Braun is finally addressing the drama surrounding him, Big Machine's Scott Borchetta, and Taylor Swift.

As you've likely heard, Swift has been fighting a months-long battle to secure the rights to her back-catalog following the acquisition of Big Machine by Braun's Ithaca Holdings.

The feud came to a head last week after Swift accused Braun and Borchetta of blocking her from performing her old music at the 2019 American Music Awards. For their part, Big Machine (as well as the producers of the AMAs) have denied the allegations.

However, in the midst of all this, Braun has remained completely silent — and now he's elaborating on the reason why.

While speaking at Variety and the Hollywood Chamber of Commerce's 2019 Entertainment Industry Conference, Braun reiterated that he has "not talked about this in six months. Not once. I haven't made a statement about it."

"I just think we live in a time of toxic division, and of people thinking that social media is the appropriate place to air out on each other and not have conversations. And I don't like politicians doing it. I don't like anybody doing it," Braun said, per E! News. "If that means that I've got to be the bad guy longer, I'll be the bad guy longer, but I'm not going to participate."

That said, Braun did admit that playing the "bad guy" has been "hard," especially given the "death threats."

"Right now we're in a scary time where people say things and then people might not be in the right mindset and do really horrible things. And we're inciting all of this by continuing these arguments in public," Braun continued. "We just need to go behind closed doors and see if we can have a conversation, and if we're not having conversations, then I don't think we're going to find resolution."

Not only that, but Braun also said that he would also prefer to have a "closed door" discussion with Swift, as he believes a large part of this feud stems from "miscommunications" — something he'd rather not speak on publicly as it would just "add to the narrative."