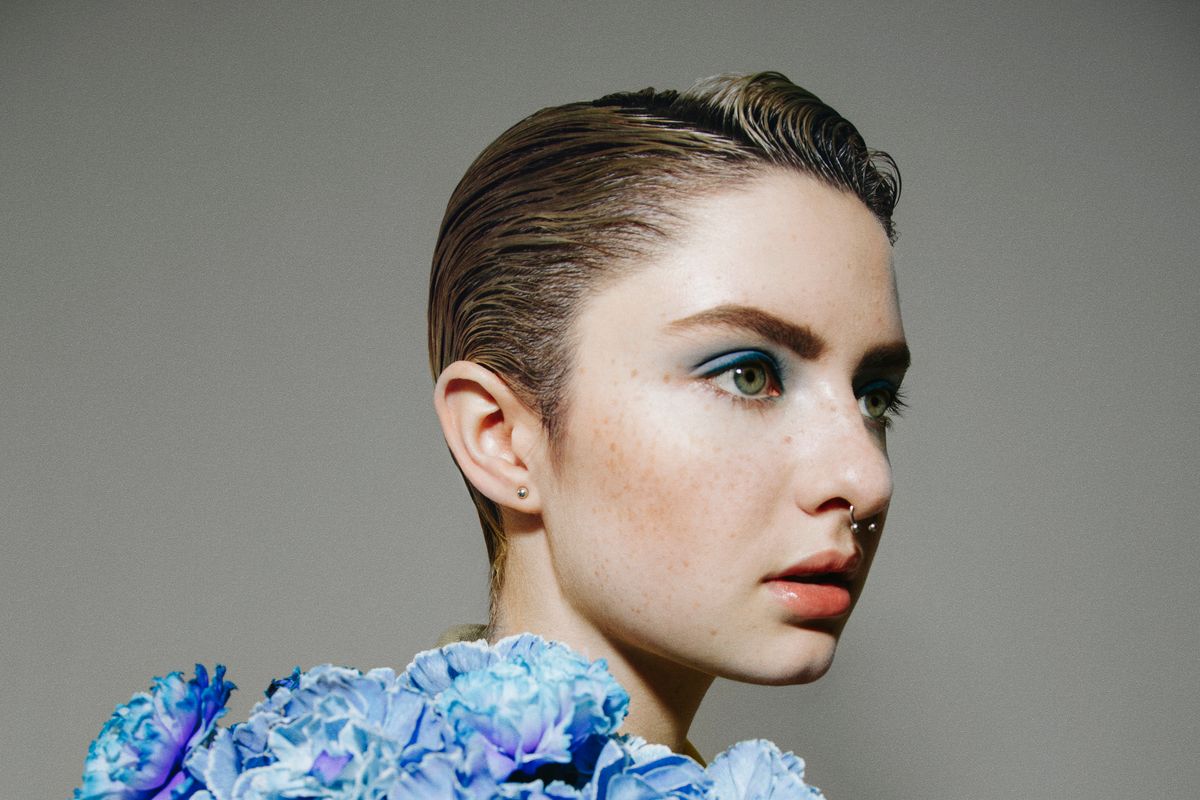 Lachlan Watson Is Leading the Charge for Trans Justice

In the lead up to Pride celebrations, a number of issues continue to plague society. Trans rights have been at the heart of this discourse as highly marginalized community faces a myriad of struggles. The average life expectancy of a trans woman of color is a staggering 35-years-old. That's not all. Over half of transgender male teens who participated in a recent survey reported attempting suicide in their lifetime, while 29.9 percent of transgender female teens said they attempted suicide. Among nonbinary youth, 41.8 percent of respondents stated that they had attempted suicide at some point in their lives.

If that's not jarring enough, the recent brutal murders of trans women and activists across the country serve as a painful reminder of how far we have, or rather haven't, come. To shed more light to the issue, actor and activist Lachlan Watson has partnered with The Trans Justice Funding Project, a community-led funding initiative founded in 2012 to support grassroots, trans justice groups run by and for trans people. The collaboration is part of nationwide Pride campaign by Unilever called 'United We Stand' that remains "committed to championing equality, unity, fairness and respect within and beyond its business." The consumer goods giant has enlisted its natural deodorant brand, Schmidt's Naturals to rally for this cause along with Watson.

"It is our privilege to provide a platform to the organizations that are on the front line of assisting with these important issues. The six allies we are partnering with for the United We Stand campaign work tirelessly to bring about equality and well-being to the LGBTQIA+ community," said Mita Mallick, Head of Diversity and Cross-Cultural Marketing at Unilever North America. "Acceptance and inclusion of the uniqueness of every individual is at the heart of our business. Through our partnership this Pride, we hope to galvanize a new wave of support for each of these organizations to continue in their important work of advocacy, support and education within the LGBTQIA+ community and beyond."

As part of the initiative, Watson, one of the youngest nonbinary actors in Hollywood, (who stars in the 2018 Netflix hit, Chilling Adventures of Sabrina), aims to promote "the critical role that self-care, community, and wellness play in the trans and non-binary community."

The 18-year-old, who also identifies as genderqueer and pansexual, has been a powerful and vocal force within the LGBTQIA+ community. Earlier last year, they starred in a Netflix-produced talk segment titled What I Wish You Knew: About Being Nonbinary, leading the discussion around gender identity.

"I have never really seen myself reflected back in any kind of campaign really, especially a Pride campaign. I've never seen a brand reach out to nonbinary folks before and care so much about diversity within their own Pride campaigns," Watson tells PAPER. "So when Schmidt's reached out to me with this project, I nearly threw my phone across the room. I think it's so important to raise up grassroots trans-led organizations, especially in today's world. It was a perfect storm and I am honored to be a part of it."

Despite awareness campaigns and the rainbow flags that brands continue to wave each June, beauty still offers a limited space for nonbinary and trans representation. Much of what we do see is tokenized representation, an issue Watson wants to tackle head on.

In an exclusive chat with PAPER, the young actor talks about their brand new partnership, diversity in beauty, trans and how they hope to change the discourse around gender identity.

What prompted you to collaborate with Schmidt's and the Trans Justice Funding Project?

It was actually quite pure and simple. I have never really seen myself reflected in any kind of campaign really, especially a Pride campaign. I've never seen a brand reach out to nonbinary folks before and care so much about diversity within their own Pride campaigns, and so, when Schmidt's reached out to me with this project, I nearly threw my phone across the room. I was so excited to have the chance to be the representation I always wanted and to support a cause that I think is incredibly important. It's also so important to raise up grassroots trans-led organizations, especially in today's world. It was a perfect storm and I am honored to be a part of it.

We're primarily helping raise awareness for the Trans Justice Funding Project and the work that they're doing. I think the fact that they are a community-led initiative that raises up these amazing grassroots trans-led groups, it's something that is really incredible and something that I don't see often. And if I can just raise awareness for groups like that, shed light to a cause that is so near and dear to my heart, show that they are people who are really on the frontlines, really doing the work, making the change, I think that will be enough. It will be enough for me, to be able to tell that story, to be able to lift those groups up as best as I can.

"There's so much internalized prejudice and gendering within beauty and has been for so long."

What do you aim to achieve with this project?

Even though we have come so far as a community, as people, and even though there's so much love and acceptance in the world right now that so many people, so many queer people of color really fought so hard for 50 years ago at Stonewall, there is still a long way to go. There is still so much work to be done. I think building up organizations like the Trans Justice Funding Project, showing that there are people fighting the good fight, doing what's right, giving the power back to the people, and showing that you could love yourself, support yourself, and take care of yourself, not just your identity, not just your label, not just your community — that you can be your own light. I think those are things that I really want to say with this project, with this campaign, and it just means a lot to have the platform to say those things.

What are your thoughts on LGBTQIA representation in beauty today?

I think LGBTQ+ representation in beauty is in a little bit of a tricky place right now. There's so much internalized prejudice and gendering within beauty and has been for so long. I think it's going to take more a lot than just a James Charles to sort of break down those barriers. I still struggle every time I go to Target on whether to pick the pink skincare packaging or the blue skincare packaging, where it's like 'I wonder which is gonna be better for my skin, and the color of the packaging or the gender on the label, that's not going to help me with that.'

I think ultimately, self-care shouldn't be gender specific. Self-care should be accessible to everyone and should be a basic human right. The ability and the understanding to take care of yourself, and the support to do so, I don't think those two things are synonymous; they build off of each other. So I think to be able to do this project with Schmidt's, tell that story and to start breaking down those barriers, that's something that hits really close to home.

I just want to reach out to the little nonbinary kids, just like me growing up, who're always up in those predicaments where it's hard to take care of yourself and to listen to yourself without a label or a perfect identity. You're really not allowed to be or just pick out the moisturizer that works for you. So I think it is incredible that a brand like Schmidt's would start working to break down those barriers and I hope that it's a bit of snowball effect causing more brands to follow that path in the future. It's incredible to be on that journey and help forge that path.

The Schmidt's Naturals X Lachlan Watson partnership is part of Unilever's "United We Stand," a program that partners six bold allies and six Unileverbrands – Schmidt's, Vaseline, AXE, Dove, Suave, and Shea Moisture – with six NGOs doing important work in thespace, to show the progress the community has made and underscore the work that still needs to be done.

To learn more about or support the The Trans Justice Funding Project, click here.