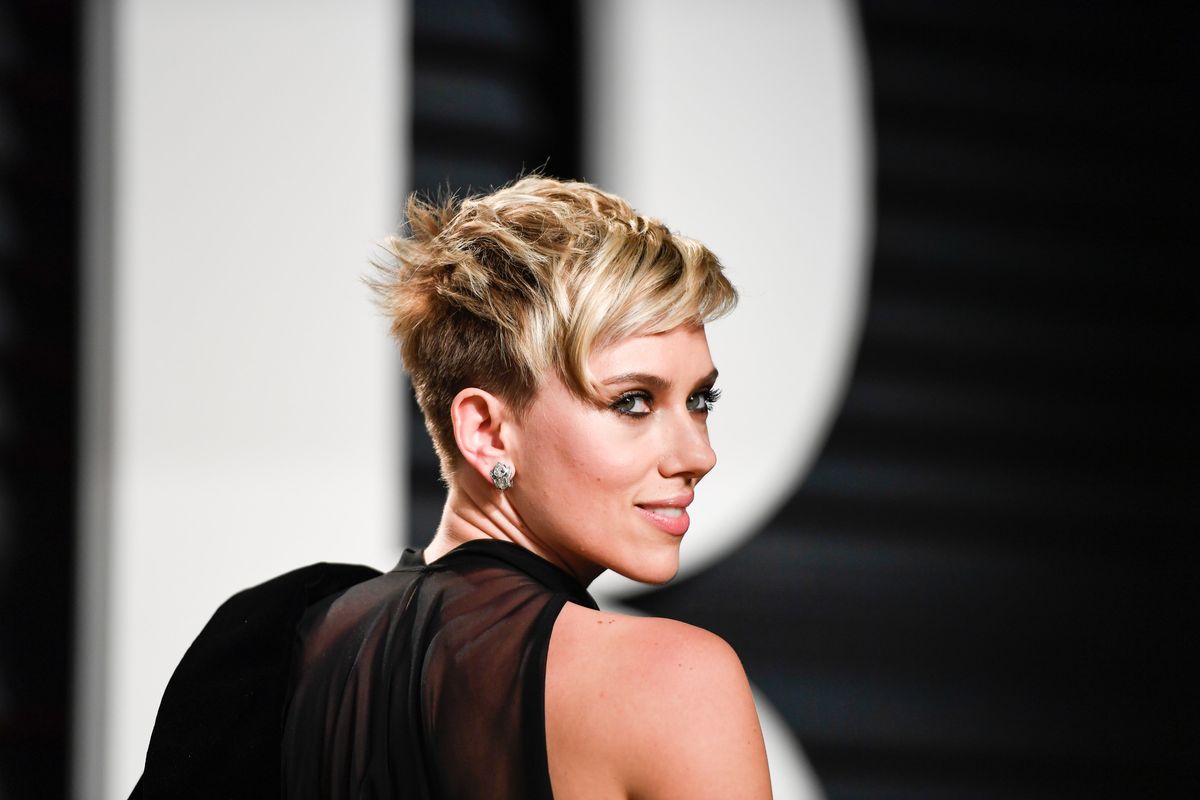 Scarlett Johansson has teamed up with her Ghost in the Shell director Rupert Sanders on a new project, an "American Hustle-style" biopic called Rub and Tug. Johansson will play Dante "Tex" Gill, a Pittsburgh crime kingpin. In the '70s and '80s, Gill ran a prostitution ring out of a chain of massage parlors, feuded with the mob, and also lead an underground anabolic steroid business that "helped fuel the Pittsburgh Steelers' NFL dynasty."

By most accounts, Gill — who eventually went to prison for income tax fraud and died in 2003 — was transmasculine, using male pronouns and masculine presentation. But the synopsis for Rub and Tug uses Gill's birth name, Jean Gill, as well as female pronouns. Articles on major outlets including Deadline and The Guardian have also referred to Gill with female pronouns. And Johansson, whose role as an originally Japanese character in Ghost prompted accusations of whitewashing, does not appear to be concerned. When questioned about the casting, she gave quite the statement to Bustle, saying "Tell them that they can be directed to Jeffrey Tambor, Jared Leto, and Felicity Huffman's reps for comment." Oy vey.

Tambor, Leto, and Huffman are all cis actors who played trans characters to great acclaim (Tambor was fired from his role on Transparent this year after acccusations of sexual harassment from two trans women). But trans actors are tired of getting passed over for their own stories, and people are hungry for representation. Johansson's casting and subsequent statement sparked an outcry online.

"So you can continue to play us but we can't play y'all?" questioned Trace Lysette of Transparent fame on Twitter. "Hollywood is so fucked... I wouldn't be as upset if I was getting in the same rooms as Jennifer Lawrence and Scarlett for cis roles, but we know that's not the case. A mess."

Related | Cis People: You Can Relate to Trans Characters

Gill is a fascinating character. But is it really such a challenge to cast a trans person?