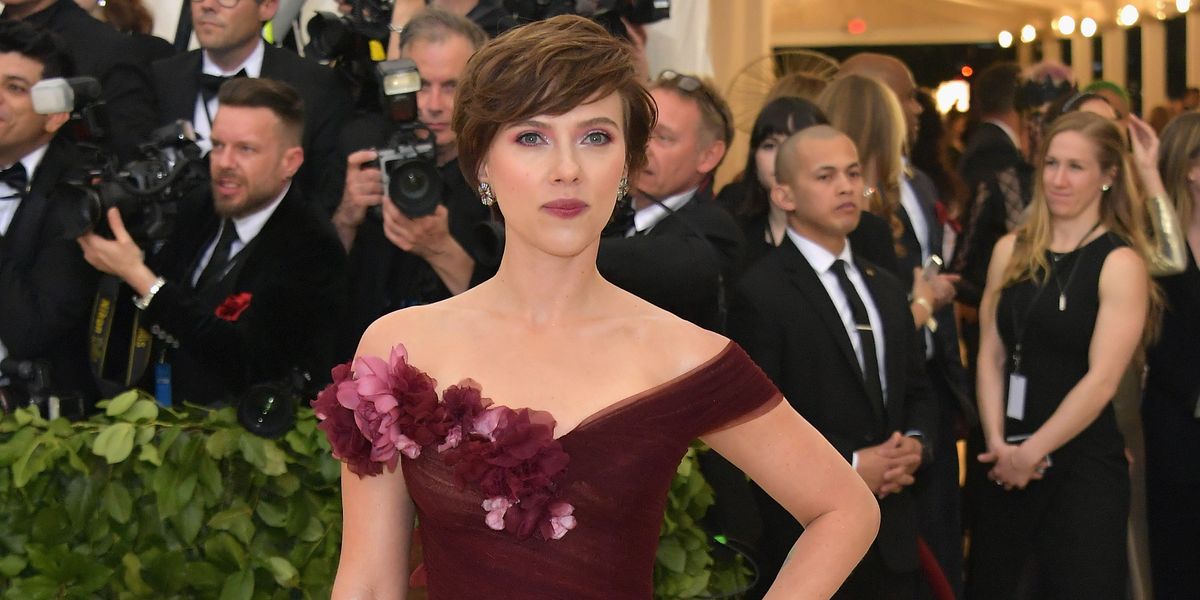 What Does Scarlett Johansson Wearing Marchesa Mean for #MeToo?

You might have thought Scarlett Johansson was playing it safe last night when she arrived in a maroon and pink flower-adorned chiffon gown, but the actress among those at the forefront of the #MeToo movement was in fact wearing a dress by none other than Marchesa — the brand co-founded by Harvey Weinstein's estranged wife Georgina Chapman.

Related | Scarlett Johansson to James Franco: 'I Want My Pin Back'

It's well-documented that Weinstein worked with the teams of actresses in his films to ensure they wore Marchesa during awards season to give the brand maximum exposure. After revelations of Weinstein's rampant assault of young women came to light, the occasion-wear designer has been avoided en masse by Hollywood's elite, despite Chapman's almost-immediate filing for divorce. "My heart breaks for all the women who have suffered," she said at the time.

What's particularly interesting is that on a carpet like the Met Gala, which celebrates and is so closely entwined with fashion and entertainment, there was no acknowledgement of #MeToo or the Time's Up initiative, particularly when both industries are rife with abuse. The Golden Globes wore black, the Grammy's and Brits had white roses, the Oscars saw the Time's Up conversation crop up at every point in the evening.

Related | @ShitModelMgmt on Its Running List of Accused Abusers

Johansson's decision to don Marchesa felt, in many ways, like a reclamation of the brand. For so long actresses with very little power were manipulated into Marchesa gowns, and now here is one of Hollywood's most beloved choosing Chapman's work of her own free will. Moreover, Johansson's was refusing to let another woman suffer at the hands of Weinstein — even if that be his wife. Chapman shouldn't be a victim of Weinstein's depravity, and won't, if women have anything to say about it.

As for Marchesa? Well, they issued the following statement:

"We are truly honored that Scarlett chose to wear Marchesa for the Met Gala. She is an amazingly talented actor who has incredible style and presence. It was wonderful to work so closely with her in creating this custom look."