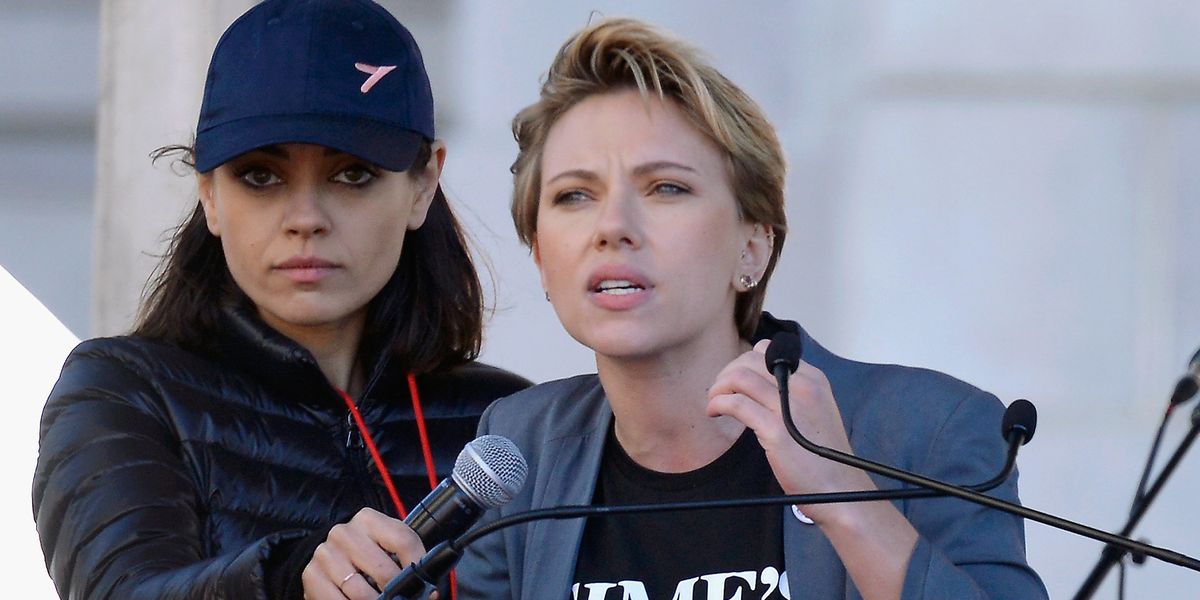 Scarlett Johansson to James Franco: 'I Want My Pin Back'

Scarlett Johansson has been at the forefront of the actresses' fight for equality in Hollywood for quite sometime, and she pulled no punches on Saturday at the Los Angeles Women's March — especially with regards Time's Up "ally" James Franco.

Franco has been accused of sexual misconduct by five actresses since his Best Actor win at the Golden Globes. The women's allegations ranged from forced oral sex to exploitative nudity on screen. Ironically, Franco was an avid supporter of the "Time's Up" movement (donning a pin to prove his advocacy at the recent awards ceremony), something that Johansson was not about to let slide.

"My mind baffles, how could a person publicly stand by an organization that helps to provide support for victims of sexual assault while privately preying on people who have no power?" She said, before adding: "I want my pin back, by the way."

The actor-director has only once addressed the reports, denying all allegations during an appearance on The Late Show with Stephen Colbert last week. Actress Ally Sheedy also tweeted Franco's name and "#metoo" during the Globes — Franco directed her in an off-Broadway production of The Long Shrift four years prior — to which Franco responded he simply has "no idea" what she might be referring to.

"The things that I heard that went on Twitter are not accurate, but I completely support people coming out and being able to have a voice because they didn't have a voice for so long." He said of the various allegations made on social media. "I don't want to shut them down in any way. I think it's a good thing and I support it."

"A couple weeks ago, James offered me & a few other girls an overdue, annoyed, convenient phone "apology," Paley wrote on Twitter. I don't accept, but maybe some other people's lives would be made easier if he donated all of his earnings from "The Disaster Artist" to @RAINN01."

Watch Johansson's full speech, below — and James, if you're out there, hand your pin in.