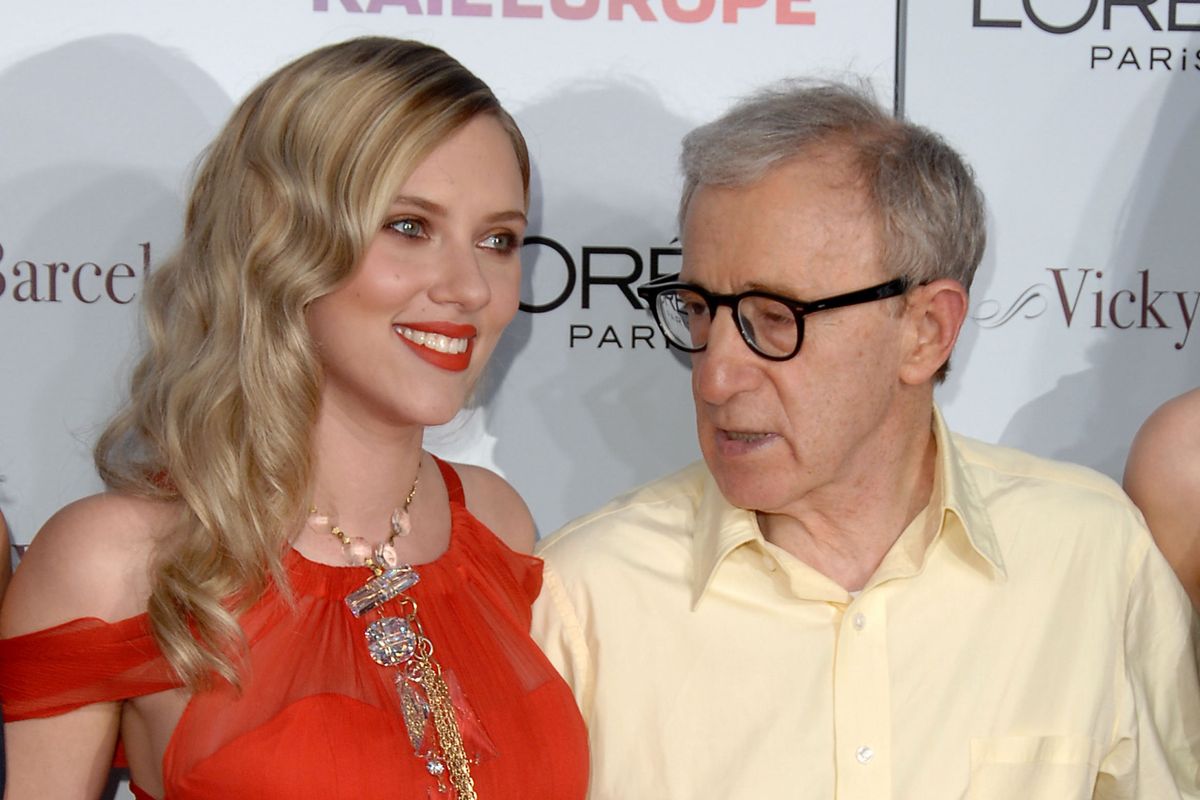 Scarlett Johansson on Woody Allen: 'I Would Work With Him Anytime'

It's not surprising that powerful people refuse to meaningfully divest from abusers. It is, however, surprising when they openly admit to it.

Scarlett Johansson went out of her way to make her support of Woody Allen crystal clear while promoting her new films Jojo Rabbit, Marriage Story and Avengers spin-off Black Widow in a new Hollywood Reporter interview.

Hollywood Reporter on Instagram: “The season of #ScarlettJohansson. With two hot awards contenders, her #Avengers spinoff #BlackWidow and the mantle of the world’s highest-…”

"How do I feel about Woody Allen?" she was asked. The profile notes that she "lets the question hang for a moment" and pauses for "a beats," before stating: "I believe him, and I would work with him anytime."

Why? Why does she believe him, although Dylan Farrow has maintained since 1993 that her step father molested her as a child; although it's become clear that mother Mia Farrow was bullied into dropping criminal charges; and although the methods of the investigation that claimed Farrow hadn't been abused have been questioned? Although in open letters in 2014, and again in 2017, when #MeToo was exploding but inexplicably sparing Allen, Farrow specifically called on Hollywood's most powerful to hold him accountable?

Because he told her he didn't do it.

"I see Woody whenever I can, and I have had a lot of conversations with him about it," Johansson said. "I have been very direct with him, and he's very direct with me. He maintains his innocence, and I believe him."

Johansson and Allen go way back, of course. He directed her in Match Point (2005), Scoop (2006), and Vicky Cristina Barcelona (2008). Though that hasn't stopped other past collaborators and mentees, like Michael Caine, Timothée Chalamet and Greta Gerwig, to express explicit regret for working with Allen and vow to not support his work again. Thanks to folks like Scarlett, Allen is happily at work on a new movie called Rifkin's Festival, which brags a slightly less celebrity-studded cast than is typical for the director, but still stars acclaimed actors like Christoph Waltz and Wallace Shawn.

The actress says that she understands that "people are very fired up... Things need to be stirred up, and so people have a lot of passion and a lot of strong feelings and are angry, and rightfully so. It's an intense time."

Johansson's stance on Allen is particularly strange, given that — as she also discusses in her THR interview — she was one of the first signees of Time's Up announcement letter, and donors to its legal defense fund.

Time's Up *checks notes* is an organization dedicated to ending "sexual assault, harassment and inequality" and the defense fund supports victims pursuing legal cases against abusers.

Johansson was also one of the loudest voices to call out James Franco's hypocrisy for wearing a Time's Up pin to the Oscars a day before five women accused him of sexual misconduct. "How could a person publicly stand by an organization that helps to provide support for victims of sexual assault while privately preying on people who have no power?" she said in the speech, via THR. "I want my pin back, by the way."

Seems possible that Time's Up will be asking for Scarlett's pin back shortly.