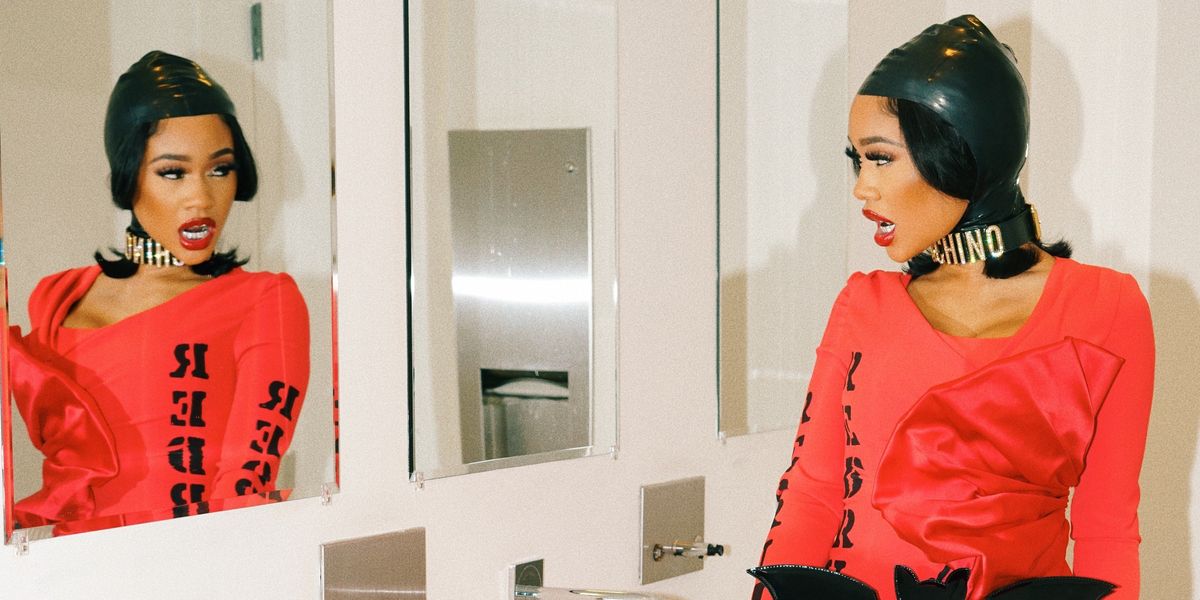 Saweetie Was the Breakout Star of NYFW

This New York Fashion Week, Saweetie was everyone's type — each look after stunning look that she wore to the Spring 2020 shows ended up earning her a spot as the breakout star of this season.

Saweetie's stylist, Bryon Javar, had her dripping in the most glittering garments imaginable, appropriate enough for a rapper with a hit song called "Icy." When looking at the pictures of Saweetie showing up — and sitting front row, mind you — to the all-star roster of shows on her season checklist, don't be surprised if your gaze ends up shifting from left, right, up, and down, unsure of which rhinestone or accessory to land on. She clearly came to NYFW this year on a mission: obliterate the competition with a smize and a single stomp of her stiletto.

Her show schedule included the likes of Jeremy Scott, The Blonds, and Pyer Moss, and somehow in-between, she had time to debut a collection with the viral brand PrettyLittleThing, an event which had the likes of Paris Hilton, Lil' Kim, and Kehlani in attendance. "I'm grateful to PrettyLittleThing for helping me get my foot through the door as a designer and to supporting our capsule with a NYFW launch," Saweetie says of the apex of her week. "There will be many more to come!"

Despite a recurring theme of serious serving in long-brimmed hats, sleek caps, capes, and statement jewelry, Saweetie saw NYFW as more of a chance to have fun than anything else — perhaps pointing to why she ended up winning so hard in the end. "Fashion week was like an playground to me," Saweetie says of the packed week. "All the dope creatives came together to dress up and get fly! Bryan Jovar and I made an amazing team this year and I was so pleased with my looks."

It's also worth noting the undeniable growth Saweetie has demonstrated since her first NYFW appearance. "I attended fashion week last year for the first time," she tells PAPER. "To comeback with my own fashion show was such a dream come true — and a boss move!"

From her slinky statement Moschino look to her jet-black mystique to attend the Fenty runway show, Saweetie has cemented her place among other NYFW phenoms of the past and present. View the full gallery of Saweetie's NYFW looks below, documented by Brandon Almengo throughout the week.