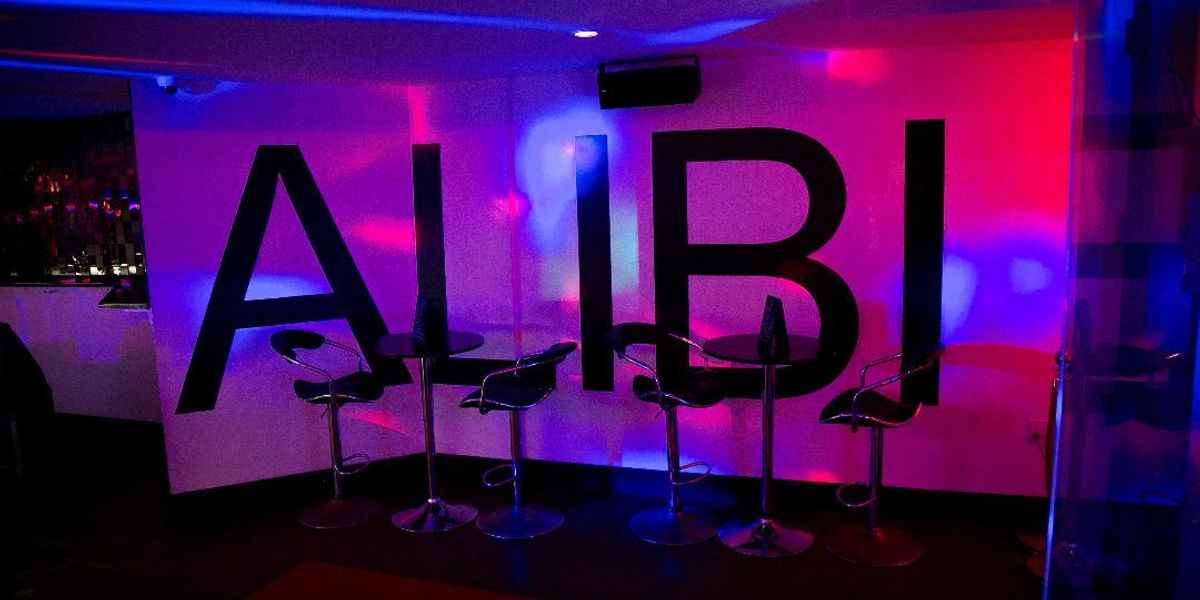 It's often said that nightclubs are the queer community's churches — and the need for spaces where queer Black people feel safe has never been more urgent. During Pride month, the Black queer community has had to fight to see Tony McDade and Nina Pope, two Black trans people killed in acts of unadjudicated racist violence, grieved alongside George Floyd, Ahmaud Arbery and Brianna Taylor. The COVID-19 pandemic, which is disproportionately affecting Black people across infection rates and economic losses, has shut down many of the spaces and services the queer community relies upon.

Harlem's Alibi Lounge is the last Black-owned bar in Manhattan. After being robbed during the bar's four month closure with pandemic-related financial assistance, owner Alexi Minko is close to shuttering the business permanently.

Minko is fighting to save the bar with a GoFundMe. He opened Alibi in 2016, a decade after immigrating to New York from Gabon, with the hopes of creating "a safe heaven for everyone in the world, but especially for the LGBTQ community of Harlem." Contributions will go towards helping him "keep my black/latino LGBTQ employees on payroll, pay rent, taxes, and utilities covering the months we quarantined." He's already raised $14,000 of the club's $50,00 goal.

There's a lot on the line for Minko and the Black queer community in New York City. While it's standard in the city for gay clubs to post signs saying they don't tolerate racism or discrimination, many still end up reflecting their white owners in clientele and business operations. Alibi is run by and for Black queer people. According to the GoFundMe, Minko specifically staffed his club to provide employment, training, and business skills "to the LGBTQ black/latino young adults of Harlem." He also notes the bar teamed up with Harlem-based unemployment non-profit Strive International to provide hospitality career training to low-income New Yorkers.

"In my humble opinion, there's no other place like Alibi Lounge for the queer community in NYC especially in northern Manhattan and its borders," Minko tells PAPER. "It's a neighborhood bar where everyone knows your name and that has an identity very much like the community that it serves. The staff comes from Harlem, the Bronx, sometimes Brooklyn (we even had bartenders from New Jersey) and it's safe heaven for the mostly black queer community uptown and it's relatively close to home!" He also points out that in the time of COVID, having a bar within walking distance is crucial for for queer Harlem and Bronx residents, with Brooklyn, Chelsea and Hell's Kitchen gay clubs many miles away.

Minko remembers the first time he saw a gay couple kissing at Alibi: "I felt like my work was done." In his eyes, it would be devastating for the bar to close, after persevering through years of the struggles of being a small queer New York business. Minko was personally beaten inside the lounge on one occasion, and the club has had the Pride flag that hangs outside its door vandalized two separate times since opening.

If closed, Alibi would follow in the footsteps of Club Langston, one of Brooklyn's last Black-owned gay bars, which closed its doors last year. In turn, Club Langston repeated the history Black and Latino-centric queer clubs that have closed over the last decade, according to the New York Times: Secret Lounge in Chelsea, No Parking in Washington Heights and Escuelita in Midtown West.