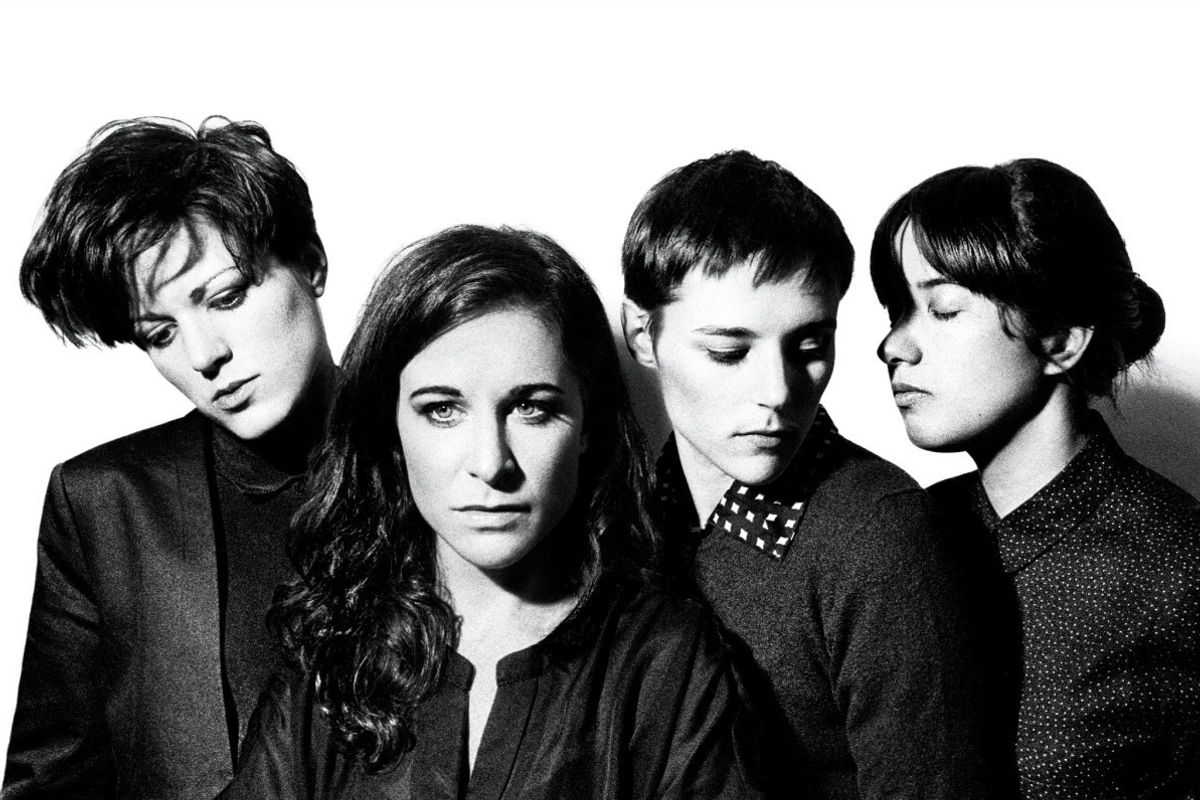 Post-punk wizards Savages covered Eagles of Death Metal's new single "I Love You All The Time" at a show at Paris' La Maroquinerie last night, and not surprisingly, it was flawless.

In case you didn't know, Eagles of Death Metal (EODM) were playing at the Paris' Bataclan Theatre during the horrendous ISIS attacks on November 13 that claimed 130 lives; the Bataclan was the site of 89 casualties--the most of any location during the siege.

EODM thankfully survived the assault, but have committed to donating all proceeds of "I Love You All The Time" to charity benefiting the survivors of the November 13 attacks.

The American band is also encouraging fellow musicians to cover the track during live performances, writing:

Whether you're Soul or R&B; Hip Hop or Hippy; Garage, Goth, Country, Punk or Pop; Death Metal or DJ; It matters not. Whether your version is faithful to ours, instrumental, uses only lyrics or fragments thereof or is completely reimagined in every way, it matters not. Your individual musical differences become our collective strength.

Savages, along with Ween and My Morning Jacket, took EODM up on their request; to perform it in Paris, no less, makes it that much more powerful.

Watch the stirring performance below.