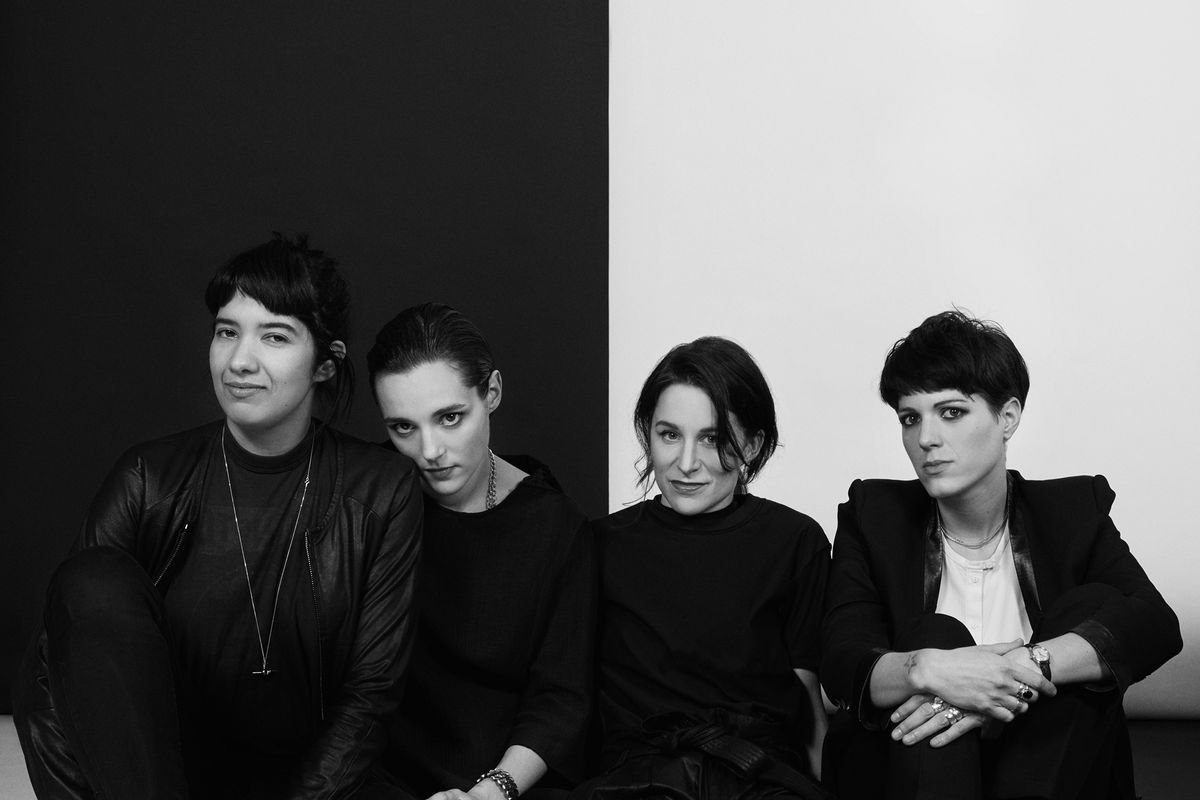 Savages: The Toughest Band In Rock Is Back and Armed With Love

But don't you dare accuse them of going soft.

Band romances go like this: There's a central character, an enigmatic force, who's usually teamed up with a partner, a supporter, a foil. A few other bit-parters complete the mix, and a debut album arrives, baring teeth, if it's good. By album two, touring has tired the bones, routine has weakened the mind and fan adulation has warped the band's outlook and ego. Half-heartedly they re-emerge, blinking in the light. But not Savages.

You might guess that that would be the path of singer Jehnny Beth (a 21st-century Joan of Arc lookalike with a stare to stun horses), co-founder and bassist Ayse Hassan, guitarist Gemma Thompson and drummer Fay Milton, if you didn't dig deep into their marrow. But since the pulverising rock of its 2013 debut, Silence Yourself, an album that came with a manifesto about the world being too full of voices to hear its "angry young tune," the London-based band has been thinking, working and charging onward.

They've returned with Adore Life, a bolder, more full-hearted record about, of all things, love. But it's not softer. With a fist on its cover, it explores love in all its fleshy, pulpy permutations. Loud as hell, it takes no prisoners, but it stretches its arms out wide, too. For even though Savages have been pigeonholed as stern creatures, they are also engaged, open and willing to share their ideas with the world.

"It was interesting to write this record talking about love, because I'd pushed it away before," begins Beth. Her voice on the phone has a sweetness to it, and an edge of humor too, almost acknowledging how strange it may seem for her to talk about the subject. "What was really interesting was finding out I could sing a phrase like 'love is the answer' at the end of a really loud song, this real pop sentiment, and be fragile," she says with a laugh," which is the most honest way to write about love." She's been in a long-term relationship with the band's producer, Johnny Hostile (aka Nicolas Congé), with whom she used to be in the alt-pop duo John and Jehn."But you know, the harder the sound, the louder the music, then the more subtle and naïve we could be as a band. As you know, I'm sure, love is not black and white.

Indeed it's not. "The Answer" -- the song Beth references above -- begins with obsessive possession ("If you don't love me/ You don't love anybody/Ain't you glad it's you?"). "T.I.W.Y.G." repeats its throbbing mantra ("This is what you get/When you mess with love") before guitars thrash and explode. Then there are slower songs, like "Adore," addressing the people in the world who genuinely don't embrace life: ("Maybe I will die/Maybe tomorrow so I need to say/I adore life"). 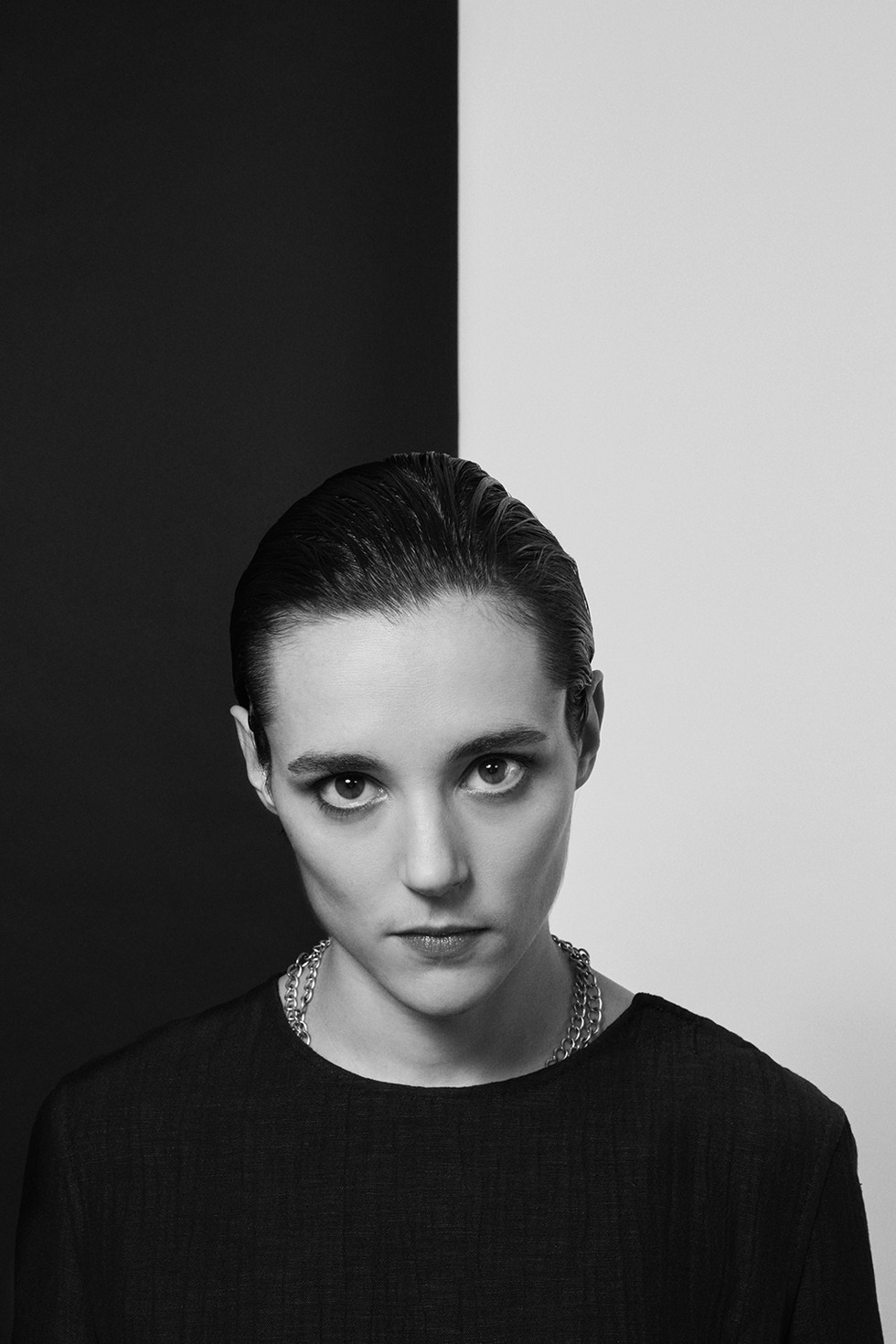 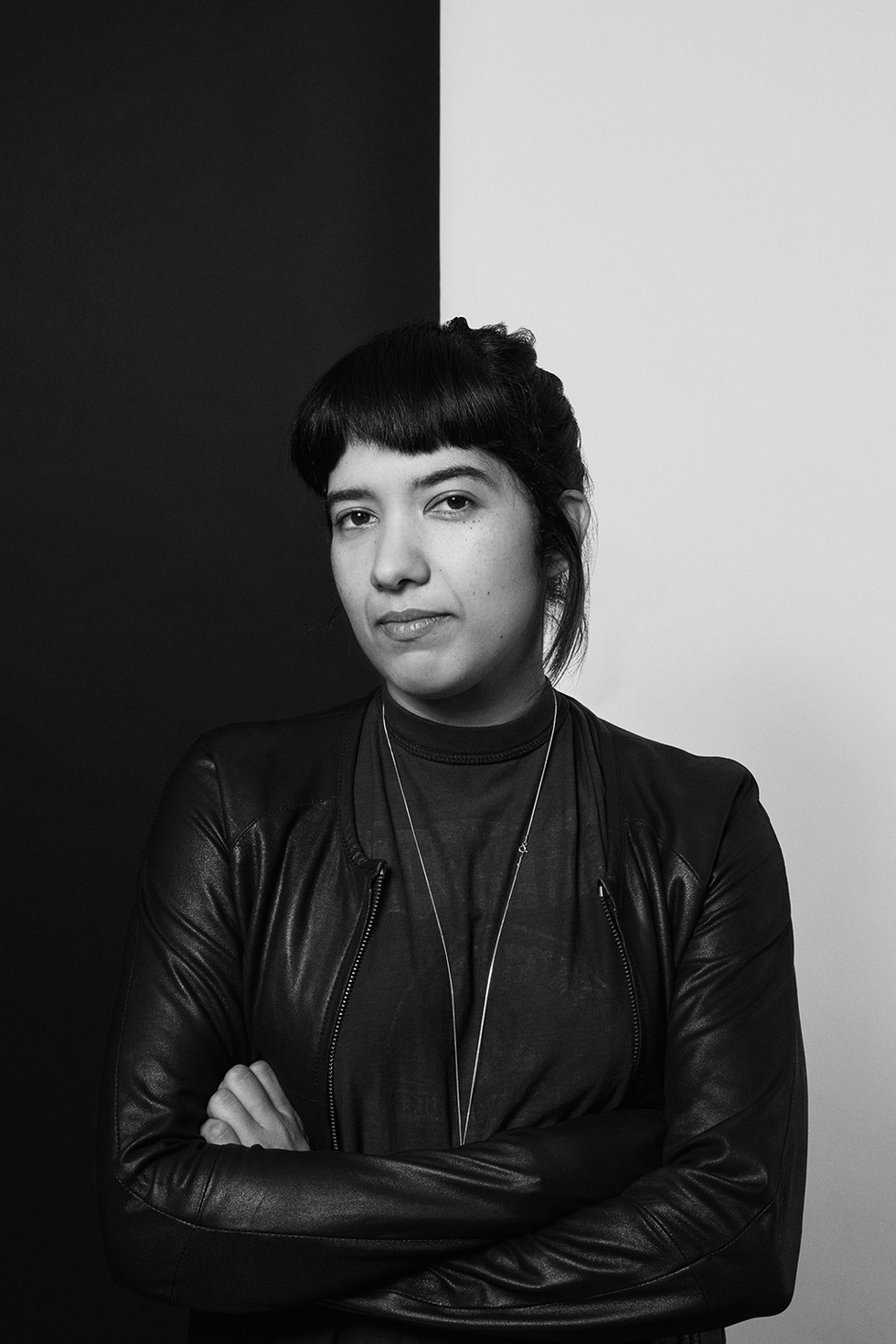 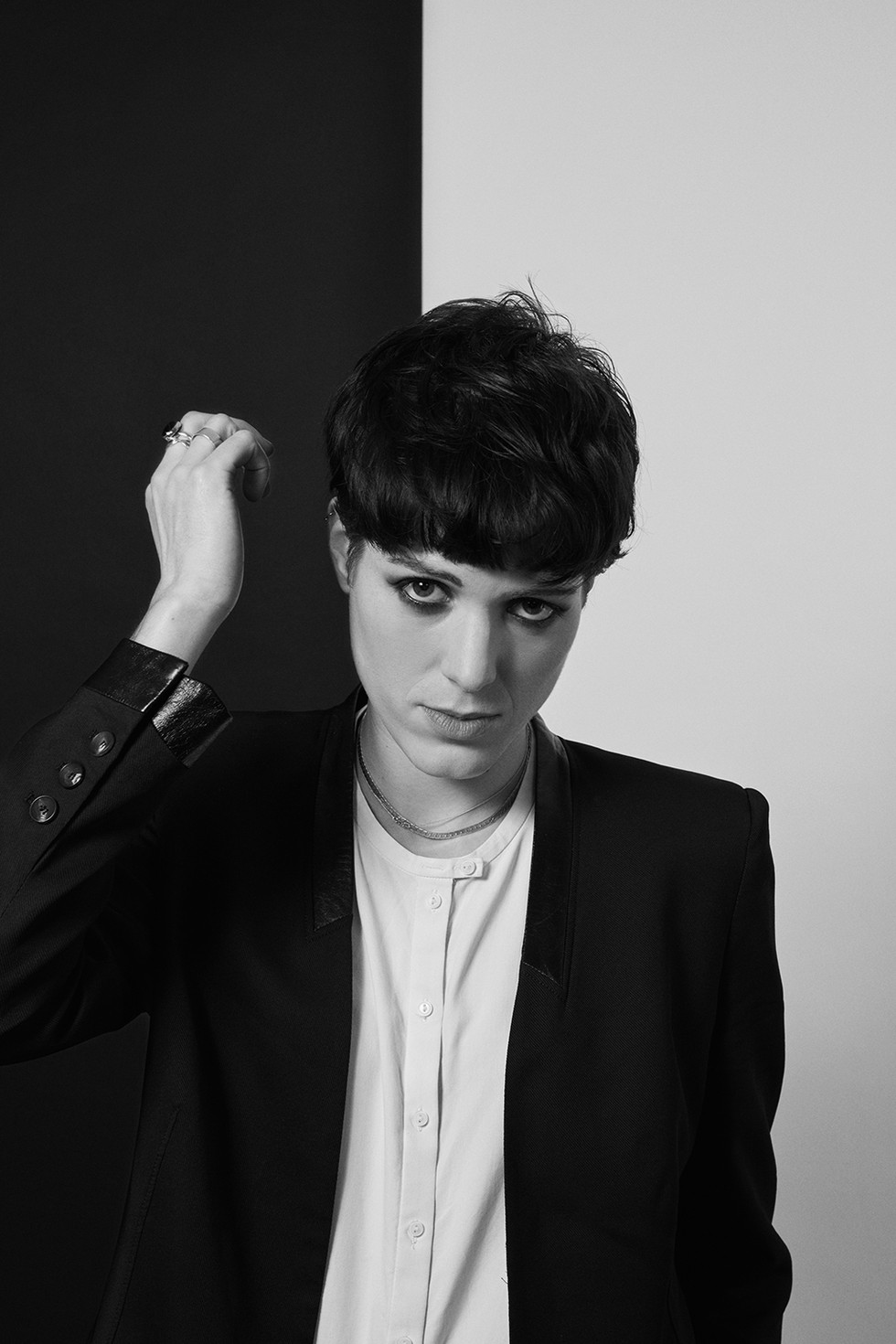 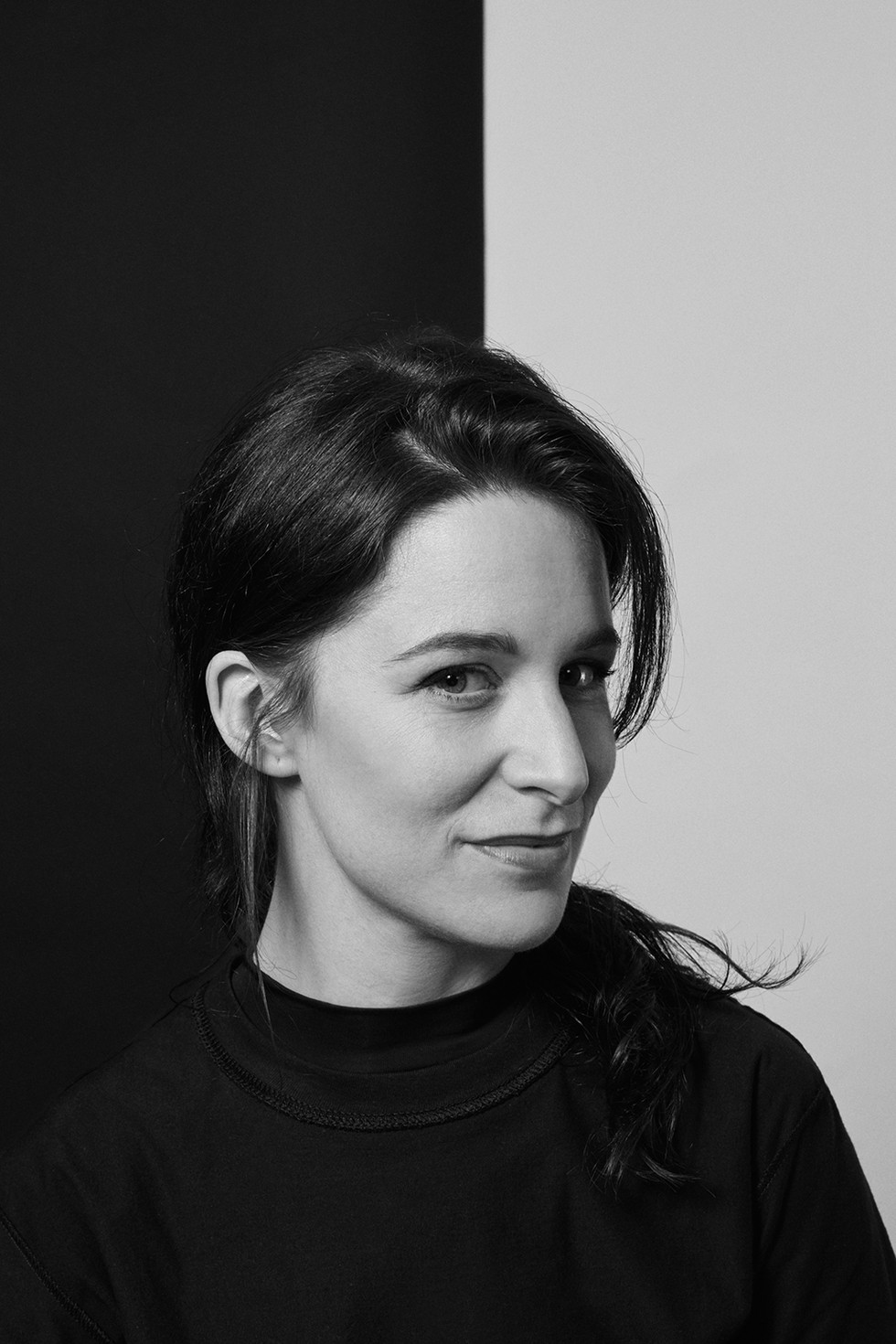 The lyrics of "Adore" might sound like a response to what happened in the Bataclan attack in Paris last November, as Beth knew people who died at the Eagles of Death Metal gig that was assaulted. She understands this interpretation, although she insists it's not correct, as the song was written two years ago."I love it when a song takes on different meanings depending on what happens in the world, and what happens in people's lives -- it's just a given," she says. She doesn't want to comment on the attacks directly, but she will say, however, how they made Savages react." It was targeted directly to our world, in a live venue -- it was very close to home suddenly. The immediate reaction we need to have when that happens is to pick up our instruments again and play."

And that's what Savages did. Playing in Paris in December, they covered Eagles of Death Metal's "I Love You All The Time," the song that members Jesse Hughes and Josh Homme asked others to play as a tribute to the victims -- and a song Beth witnessed being recorded while she hung out with the band a year ago in LA."It was an emotional night [playing Paris], but it was very cathartic as well.There was so much love in the room."

In early 2015, they finished off songs for Adore Life while playing them live during a run of shows in New York, an experience Hassan adored particularly."Obviously, there is an element of risk, taking an unfinished song to the stage, but it just felt right for us to do that -- and I loved it."Working with Japanese psych-punk band Bo Ningen on a live recording project called Words to the Blind in 2014 had introduced Savages to live improvisation, she adds."Finding a different way of working together, and the excitement and fear while doing that..." Hassan exhales happily, "It was amazing. Now we try to push that on stage, Jehnny will just come out with lyrics, and we'll try and respond to that musically. She'll just surprise us, and it's such an exciting moment, because we're (thinking) 'OK, right, what do I do now?'"

There's also something about playing a song in a room, Beth adds later, "at true volume, and the response of the audience and yourself, that makes the music make sense.You take the full leap of expression. You know, if you're going on stage, you have to leave your doubts at the door." And so that's what Savages do – and they've gotten closer as a consequence, Hassan concludes, warmly."Musically, it's always been instant, but we've got so much history now, and been to so many places together. Hey, most of my time is spent with those three now, which is important, and also, I enjoy it."

So is it love? Hassan laughs."It's definitely something very special."