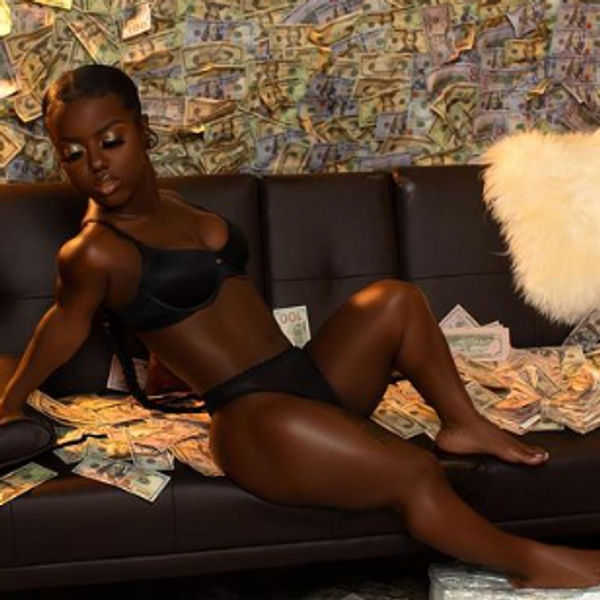 Savage x Fenty has always prioritized diversity and inclusivity, and their latest casting is no exception.

In the sizzling @PhotomaticSmith-shot photos posted to McLaughlin's social media accounts, the 23-year-old can be seen in a black lingerie set from the brand. And according to the D.C.-based influencer herself, the new role was a complete dream come true.

"I shared my [dream] with my manager and she began to speak life into me by saying, 'You will get what your heart desires, keep posting and creating a buzz on social media,'" she told BuzzFeed News, before explaining that they planned an exclusive photo shoot with a Savage x Fenty lingerie set in the hopes of getting the brand's attention.

"The week my ordered lingerie shipped, I got an email and it mentioned that they had somehow seen one of my viral videos and Fenty was interested in bringing me aboard as an ambassador," McLaughlin said. "I CRIED IMMEDIATELY. Just that fast, it happened."

However, McLaughlin also went on to tell the publication that her main goal as a newly minted ambassador was to continue "bringing awareness to self-love, loving the skin you're in, and being courageous enough to go after the things your heart desires."

She added, "My role represents the notion of leaving doubt and fear that you might not make the cut out of the equation and just walking into your destiny."

Check out McLaughlin's photos below, and read her entire interview with BuzzFeed News, here.