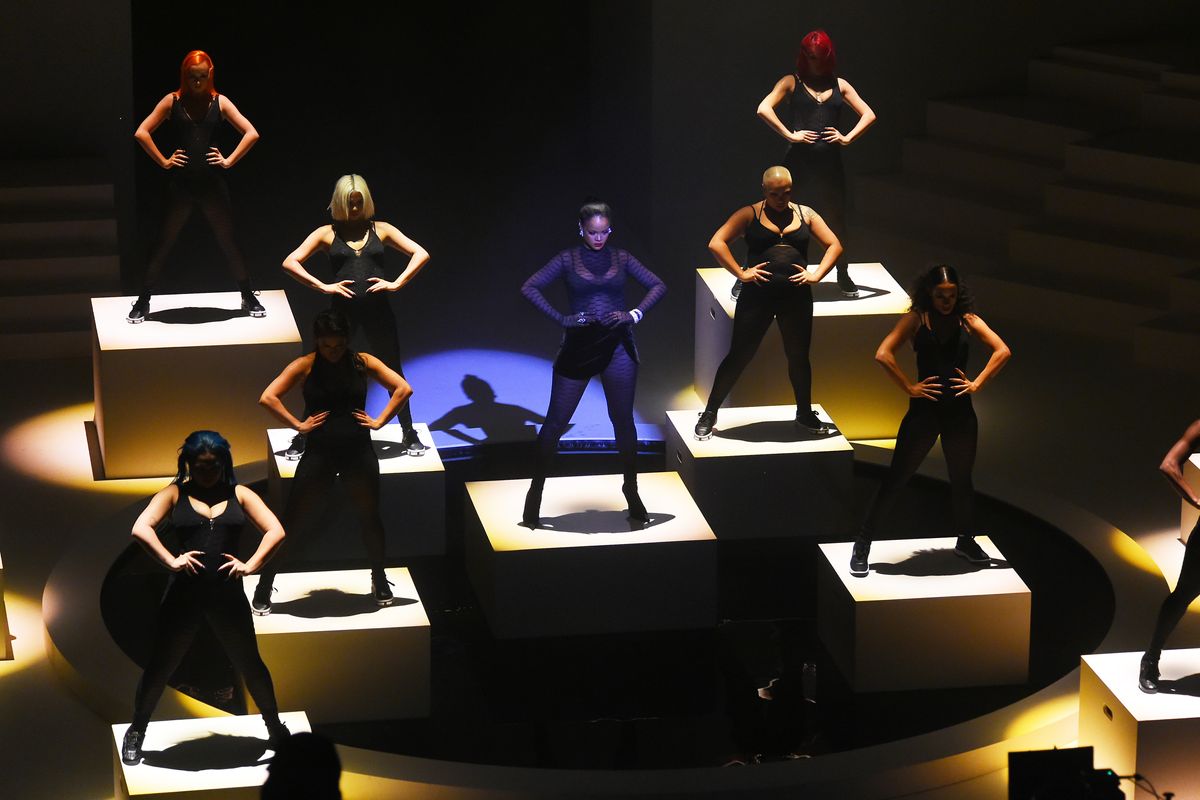 Everything You Missed At Savage x Fenty's NYFW Show

When Rihanna revealed last month that she'd be holding a show for Savage x Fenty, she promised a "bold, sexy, super energetic experience." And while fans will still have to wait until September 20 to watch the event unfold on Amazon Prime, some major celebs got to experience the show first-hand last night during NYFW. Show-goers had their phones locked in a bag so photos wouldn't leak, but we have all the details at what went down at the star-studded affair. Here's everything you missed from the second Savage x Fenty NYFW show.

Rihanna Kicked Off the Event

Riri opened the show surrounded by a group of dancers onstage all wearing the latest Savage x Fenty styles.

Gigi Hadid lead the first walk, followed by an array of models all sporting the brand's new collection.

The epic finale had all the models return for a group walk, while performers in Carnival-themed headpieces did a final dance number.