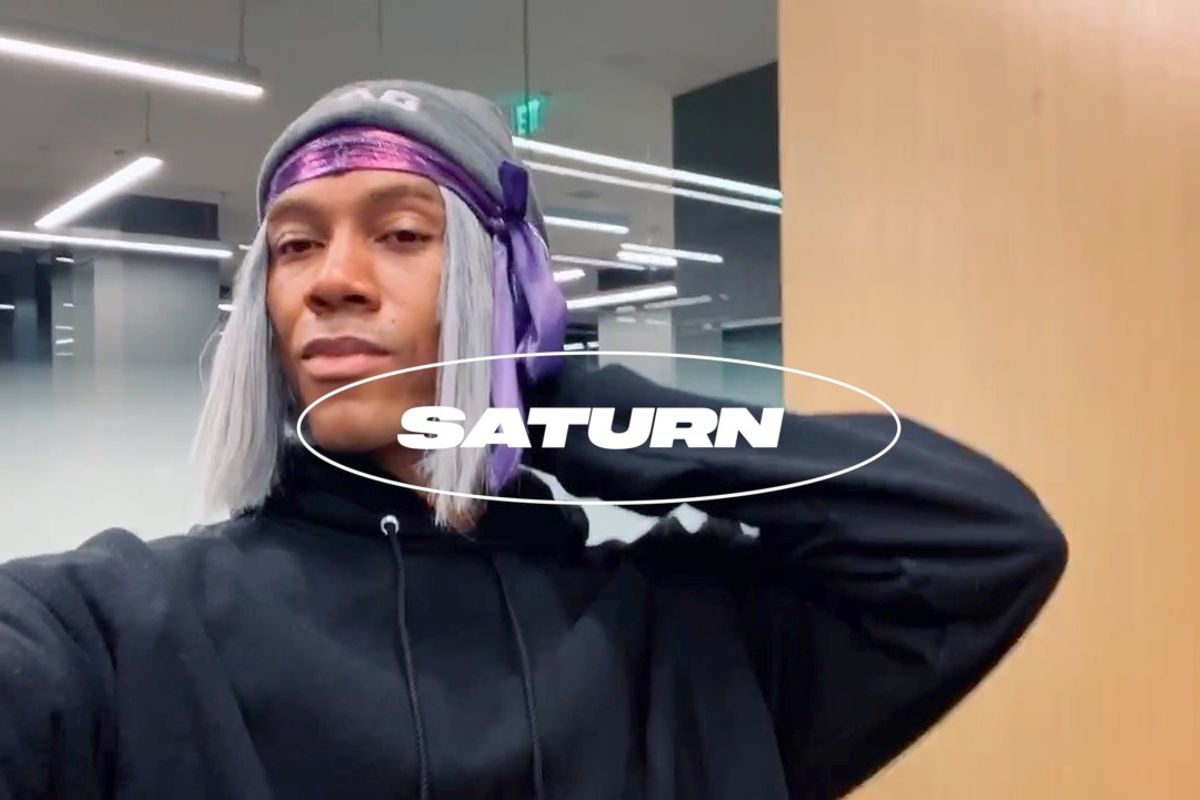 All this time alone indoors is giving all of us some time to reflect and reminisce, which is what SATURN has been doing over the past few weeks. "I've been so precious with releasing all of my work so far. Literally hiding music, photo shoots, shows. Doing shows and reposting stories but never really sharing my personal experience," they told PAPER. "Quarantine has inspired me to look back fondly and I wanted to share. "

On Thursday, they made their first independent release: Venus Virgo. The EP is an archival project that was previously released on Soundcloud — now, with an added track entitled "Sulfur" — featuring songs from various phases of an ever-moving and evolving music and film project. SATURN has also always made it a point to be both a sonic and visual artist. And so they decided to release a mini music documentary to accompany their bop "Sing It For The Boy."

According to the performer, the video is a love letter to their friends and supporters (including bookers and streamers). It shows a particular period of their life — the summer their most significant lover so far died, they released their first music project, moved to LA, toured a live show with dates in South Korea and Mexico, and opened a show for Azealia Banks.

"That was just such a crazy build up for what was ultimately the greatest growth period in my life so far. Those months were full of good times in the face of hardship," SATURN said. "It tested my character and I really discovered the power of my joy. Most of the footage features me smiling which is something I wanted to share. I appreciate all the good times and I think the doc reflects that."

The artist chose "Sing It For The Boy" because of its significance in meaning. "I pat my younger self on the back for surviving without [my self-love, care, and confidence]," the artist said about the song. "I take that back. I'm proud of myself for hiding it long enough to survive. My light now shines everywhere I am. I take life day at a time while managing my extreme wild goals."

Watch the full video below. You can follow Saturn and be updated on their latest work through their Instagram.