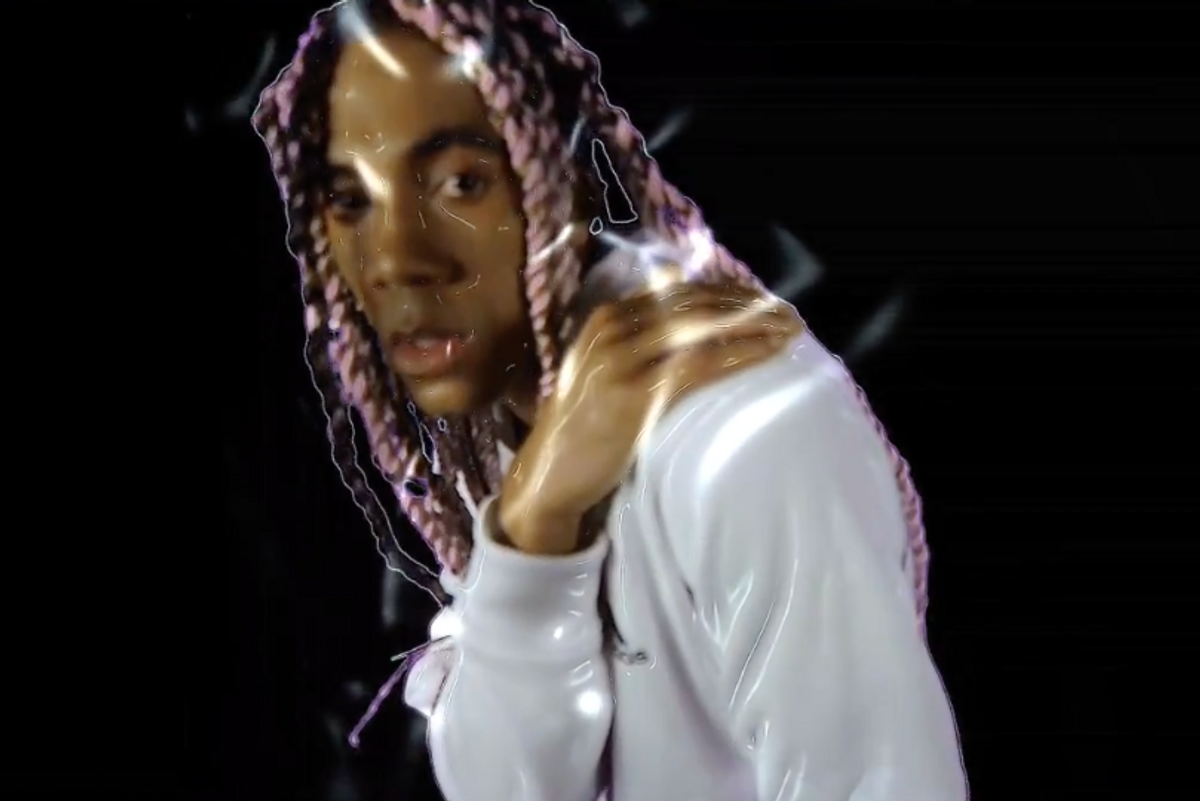 Saturn Rising Will Engage Your Senses

Bay Area performance artist and songbird Saturn Rising creates work that engages you on a visual and sonic level. Today he drives that point home with two distinct songs and their accompanying videos— a '90s R&B-inspired club tune and an atmospheric glitch jam.

Collaboration plays a huge role in Saturn Rising's multifaceted artistry; he brings in talented and likeminded producers, stylists, designers, and directors in order to further his vision and build a community around the work. For "2night))) - Airmax 97's Caged Heart Remix," the artist's haunting vocal distortions are matched by an alluring visual, made by the Oakland-based Director and Editor Billie Ocean.

In the video, Saturn's body warps and multiplies, changing color and texture. "The figures are honey-dipped, plastic-wrapped, and willing to be consumed." Ocean says. "It remains important to represent black love, but queer love in a world that's constantly trying to suppress and stifle our undeniable light."

"Blown" features vocals from Bobbi Rohs, as well as Rohs' own futuristic costume design and styling for its video. "Saturn and I are just always on the same page. And if we're not, we can get there," she says. The first half of the video is backed by the original cut of "Blow," produced by Davomakesbeats, and the second half uses the remixed version, produced by Leonce and featuring singer/songwriter Ah Mer Ah Su.

Each half of the video demonstrates two friends dancing and having fun, the first taking place in the city and the second on a football field. "I don't even know what its like to be on a football field. I feel rebellious in those male-dominated spaces, so it was fun to be shaking asses and doing choreo all over Keisar Stadium," Saturn explains. The video's director, Works of Brandon, adds, "Often as QPOC artists, we aren't given the same space or access to resources in order to create. Working on the visual with Saturn allowed us to build a space for QPOC artists to shine and have fun doing it."