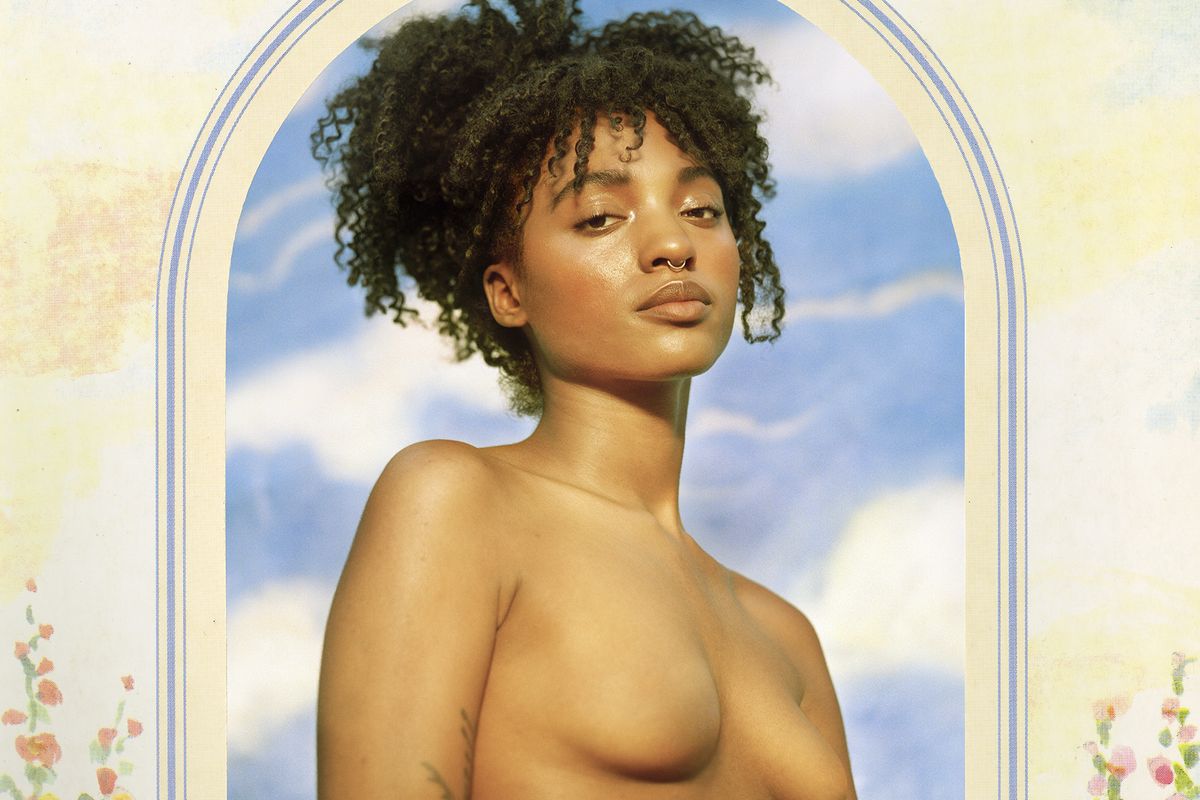 What makes an image controversial? Who exactly gets to decide that the female form is inherently vulgar? Why, in 2016, is sexuality still addressed in such absurd, archaic ways? If you've ever used social media, these are probably questions you've probably thought about, and the fact that none of them have a legitimate answer is why model-cum-photographer Sasha Frolova has just released her brand new, aptly-titled portrait series, Busts -- which we're proud to exclusively premiere here.

Spurred by having one of her own photos taken down on Instagram in violation of their "Community Guidelines," Frolova shot a number of New York-based creatives, including ANTM contestant Nina Burns, Art Hoe collective founder Gabrielle Richardson and model Apple Drysdale in an attempt to think about why we're still operating like this as a society. Equally as indebted to the photographed self-portraits of artists like Harley Weir as it is to Surreal and classical Renaissance paintings, Busts seeks to question what exactly about the human anatomy makes an image inappropriate and how social media unnecessarily censors the female form via these arbitrary prerequisites. A question we often wonder about ourselves, we spoke to Frolova herself to find out more about everything from her photo series to societally-imposed notions of "vulgarity" to how the misinterpretation of ideals surrounding "empowerment" can actually sometimes lead to objectification and exploitation. 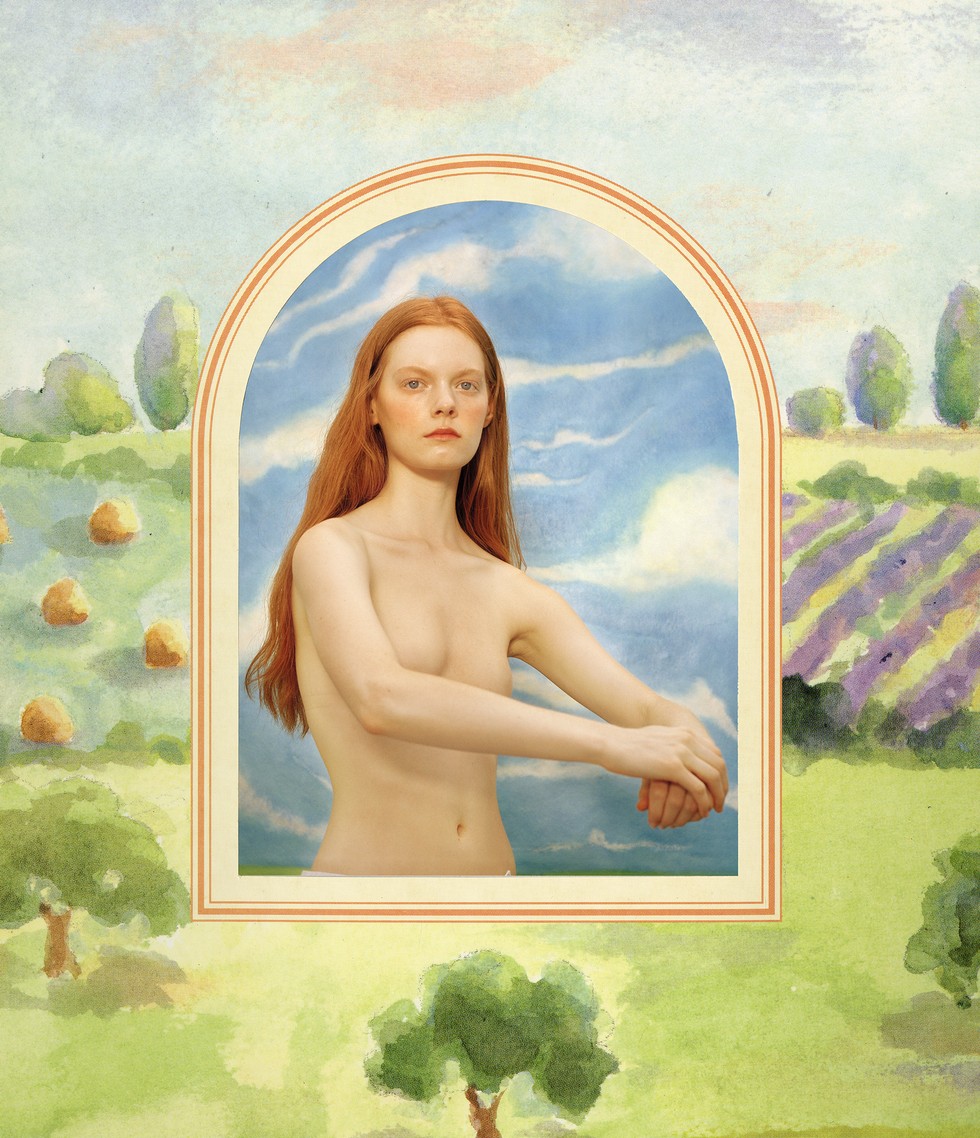 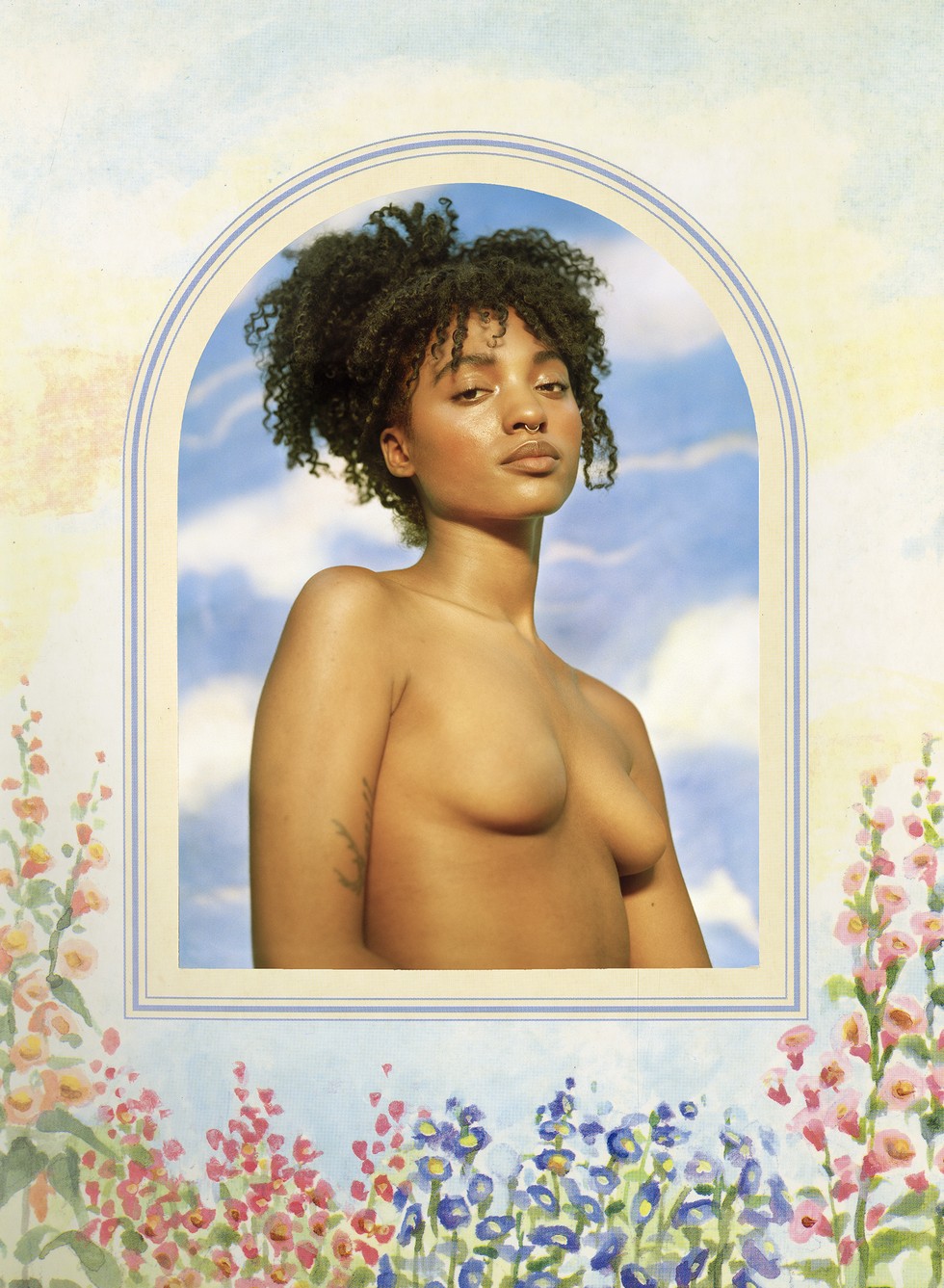 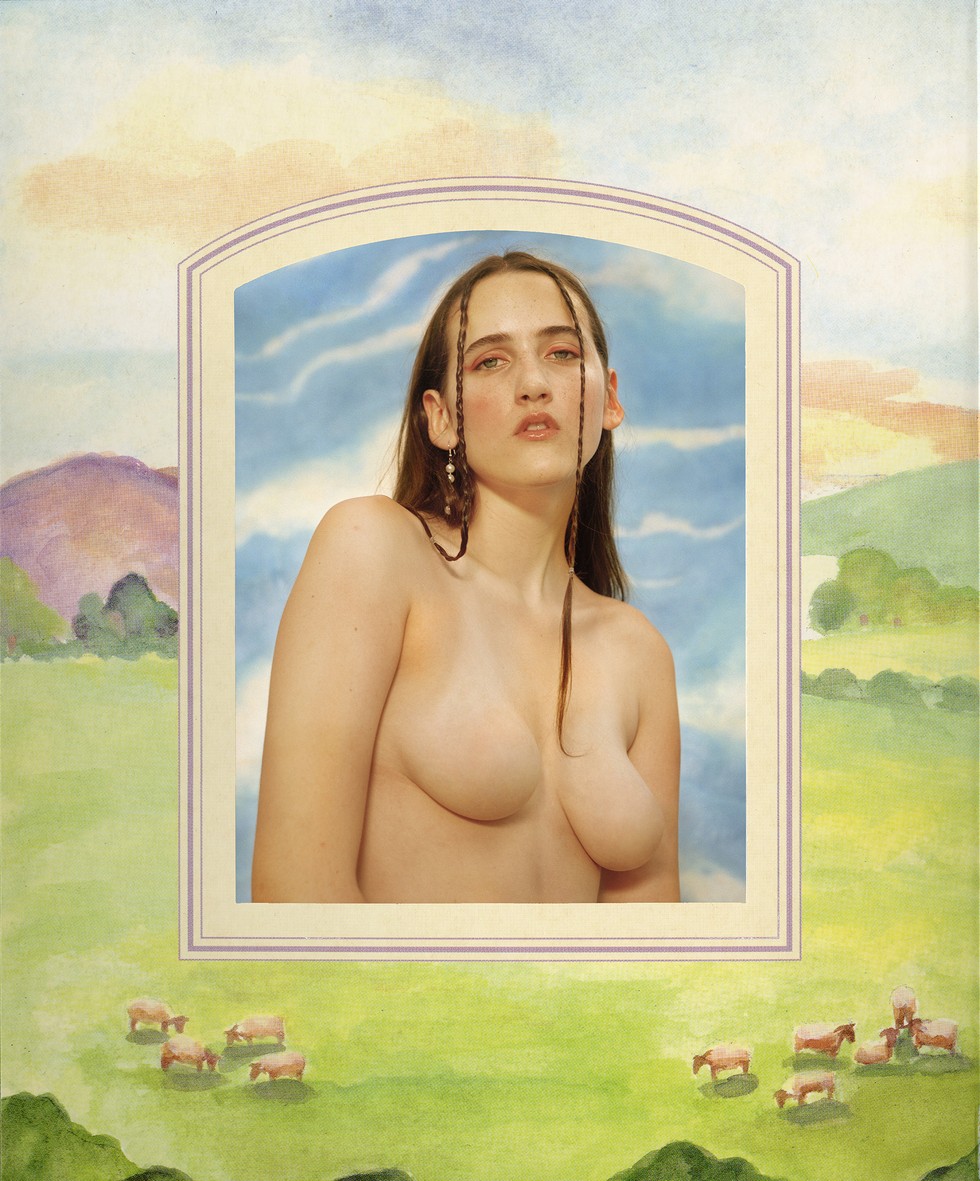 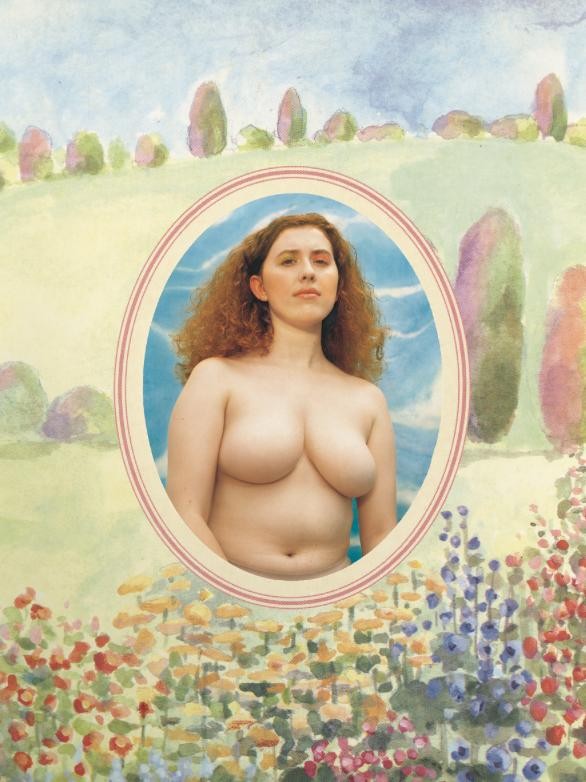 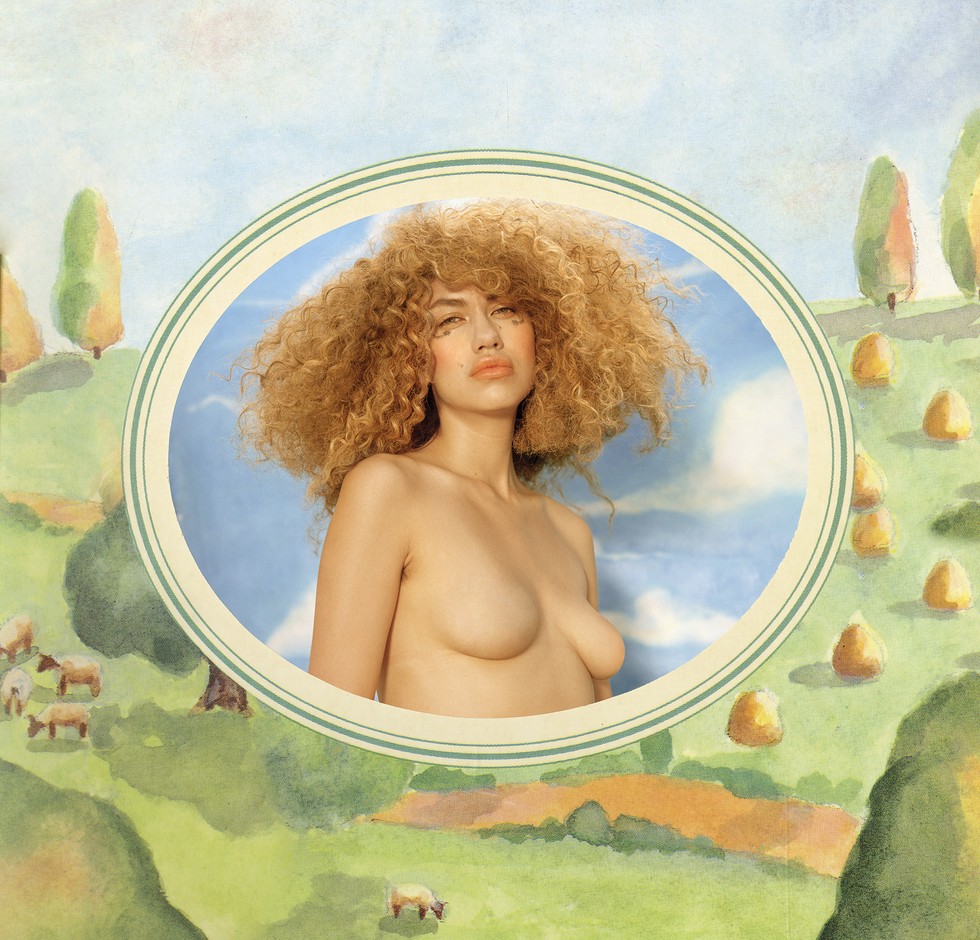 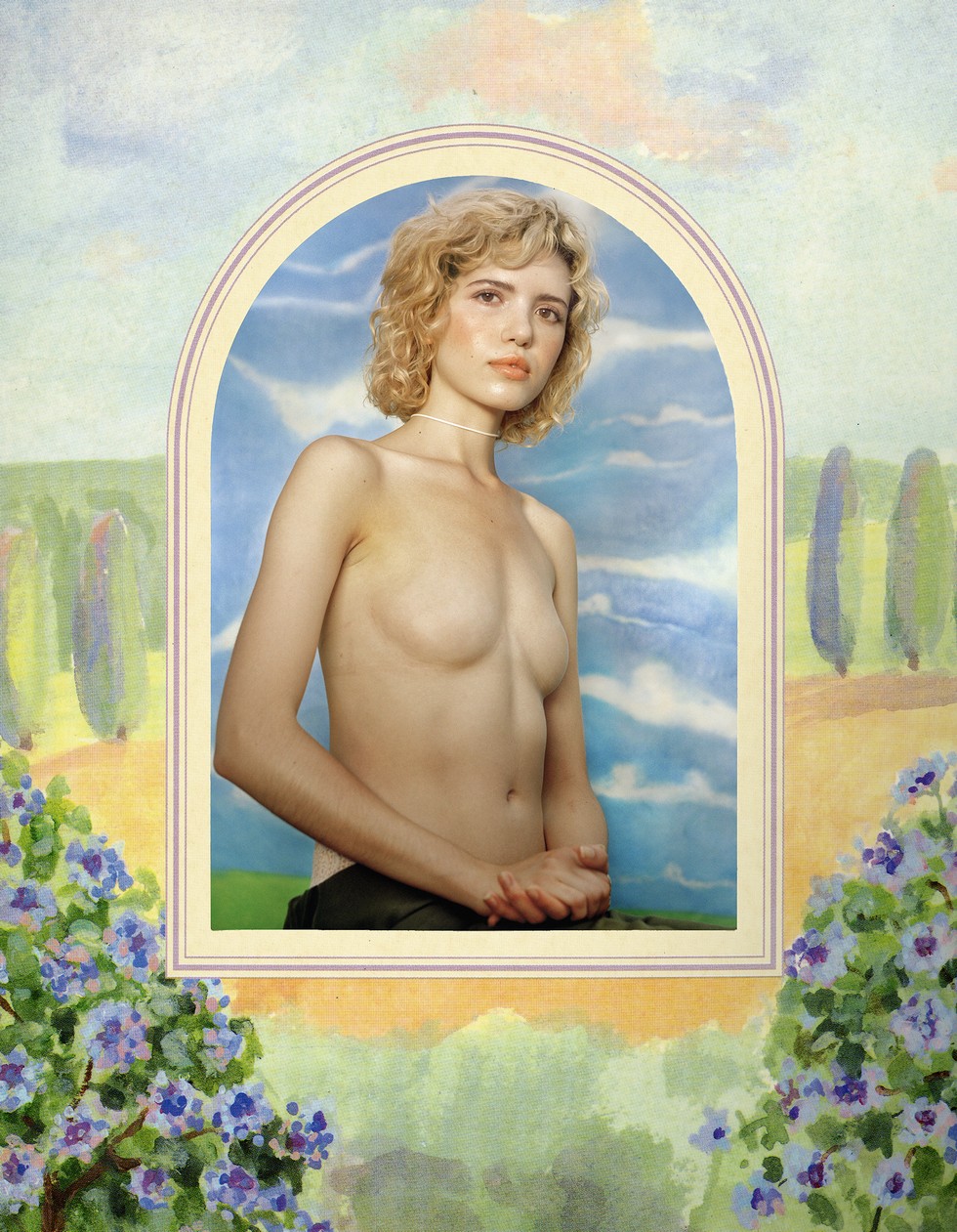 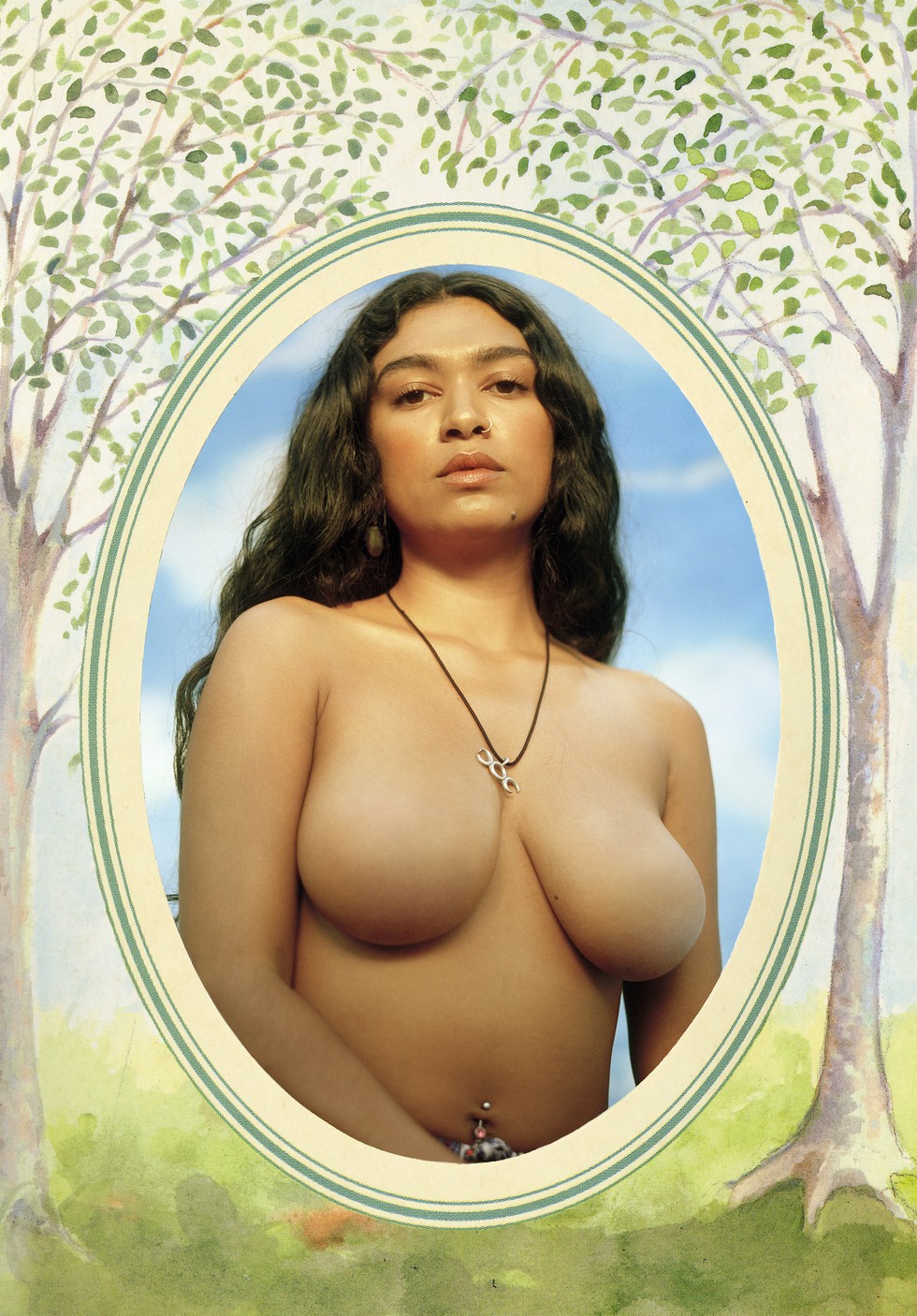 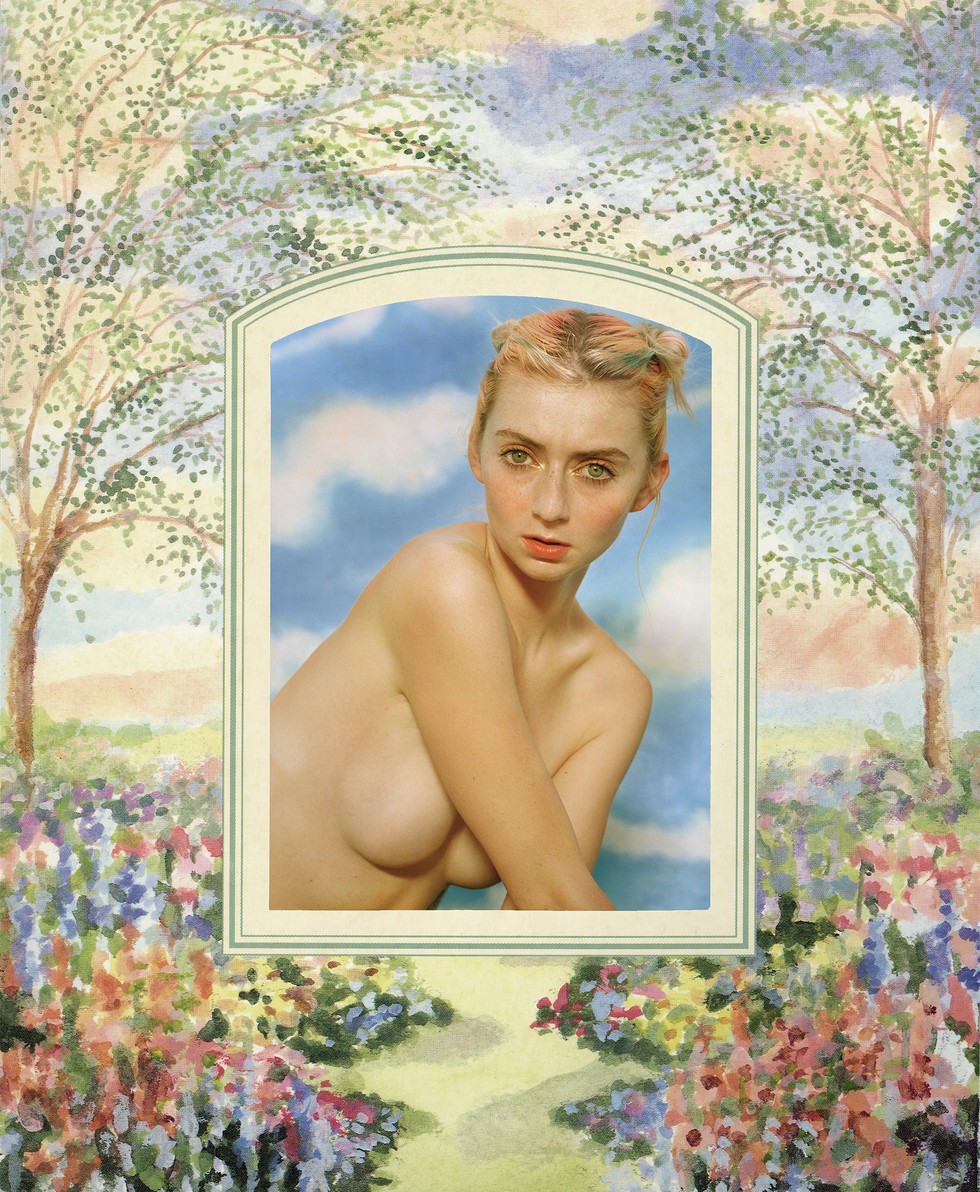 I know the Busts series was spurred by having a photo taken down on Instagram, but are all your projects inspired by personal experiences?

My conceptual work is always inspired by personal experience. In a sense it is a visual diary for me as much as a medium of communication. The photo taken down from Instagram was the catalyst for this series. It was a black and white self-portrait I took exhausted in the bath after a panic attack at age 16. Releasing it was a coming to terms with the fact that I no longer feel so unstable. Because of that, having it removed was particularly violating. But more than anything though I was offended that all it takes is a pizza emoji over my discreetly revealed nipples to make the image appropriate. Is the implication then that a woman, simply in her own existence, and anatomy is inappropriate, vulgar?

Do you feel that hashtags and other movements like #freethenipple are effective ways to begin change?

Recently I have been confronted with some of the problematic side effects of movements like #freethenipple that, while promoting ownership of ones body, simultaneously reduce a complex subset of feminism to a convenient hashtag and assert a link between nudity and empowerment. If I choose not to be photographed topless or with my nipples showing through sheer fabric, they seem to imply that I am therefore, ashamed of my body, my femininity and sense of self. Like in a recent look book editorial, [I was told by] the designer that in the next shot I'd be lying topless next to a boy smoking on a pool chair; a senseless and degrading set-up that didn't even involve the collection. And while maybe 'freeing my nipple' in those moments might prove that I am empowered, it also makes me feel vulnerable to objectification and the exploitation of my sexuality. I constantly feel torn between my personal comfort with my body and the power of a photographer to concretize a moment, in its most literal sense to objectify my being.

Why do you think that social media has become the battleground for policing women's bodies?

Honestly, I think as much as it has become a battleground for policing women's bodies, it has become simply yet another platform to use a woman's body to attract attention. I do not at all believe that everyone photographing women on any spectrum of nudity is perpetuating a vicious cycle or that nudity cannot be liberating. I have modeled stark naked for Ryan McGinley, photographed naked boys and girls and admired the work of photographers like Harley Weir, whose presence in her portraits present powerful and honest female narratives. When a woman sits in front of a lens, she is not a sexual object but a vessel capable of telling a story, and what story are you using her to tell when you, without greater intention, undress her hoping to be controversial and ultimately appeal to reliable viewership and attention?

How did you decide who to feature in the series?

These girls were cast because in varying ways they each professionally must contemplate their public image and therefore the reception from their audience. I hoped to unify and acknowledge a shared experience that is oftentimes represented as competition within girl culture.

Was it important that they were "New York girls"?

More important than them being 'New York girls' was that they understood the image-based pressures that often come out in places like New York. You are inherently more self-aware in a city where you are constantly being watched.

What was the inspiration or the concept behind how you posed the subjects and framed them with the background?

In this series I wanted to contrast their individual sexual power with a desexualized anatomy; if all it took was my nipples to make my self portrait vulgar, why not remove them and have a series that is precensored, preapproved per how social media wills us to convey the female body? By doing so it presents how absurd, uncomfortable and unnecessary this portrayal really is.

Why decide on the name Busts? It seems to sort of have a double meaning in this instance, both referring to a woman's chest and a sculpture.

The series title is a double entendre that draws attention to the removed nipples and links it to the ongoing conversation about the sexualization of women in art. I commissioned Sophie Friedman-Pappas to paint the cloudscape backdrop and utilized vignettes from a memory album as a nod to Surreal and Rennaisance painting. By doing so I wanted to acknowledge the timelessness of this conversation.

Social media is an amazing catalyst. Though I've gone on about the complex relationship I have with it, it is a necessary platform to start conversations like these. There will always be people or apps that fundamentally reject content and beliefs, but if you can reach or motivate any one person in the process, you have succeeded.