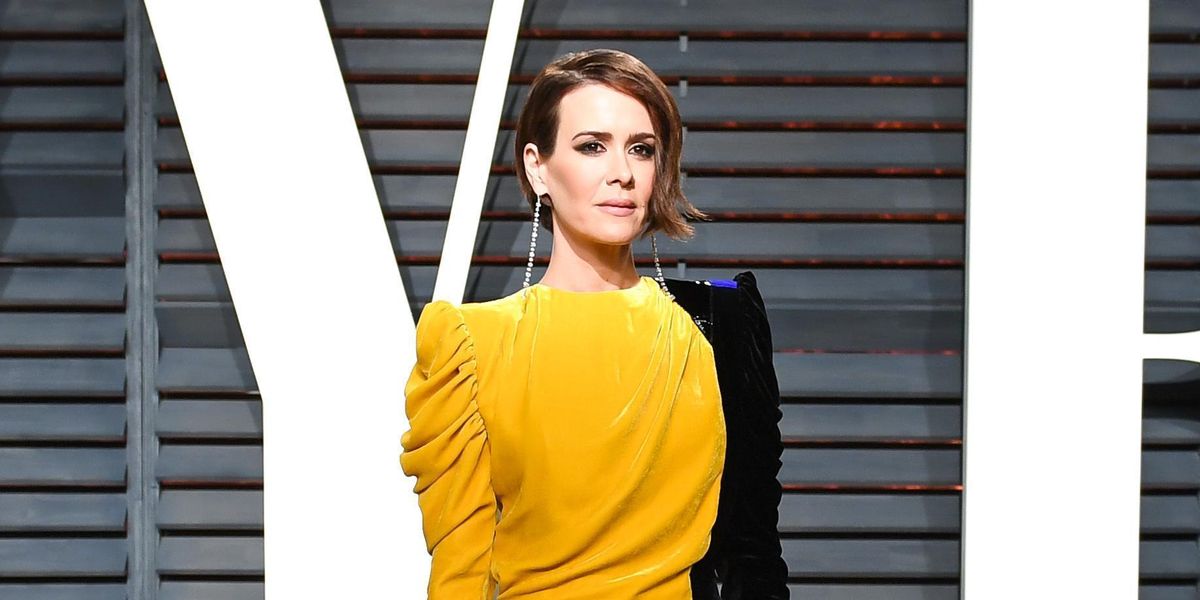 After American Horror Story creator Ryan Murphy revealed that the seventh season of his hit show would be based on the last presidential election (quite fitting), Sarah Paulson told the Hollywood Reporter that she'd like to take a crack at playing The Don.

Paulson, who recently won an Emmy for playing Marcia Clark in Ryan Murphy's other brilliant project, The People v. O.J. Simpson: American Crime Story, said, "I'd like to play Donald Trump. Why not? That's an acting challenge to be sure."

Murphy said in a February interview that it was a possibility the president would be a character in the new series, but that he might be a minor one.

"American Horror Story is going to be about the election that we just went through," Murphy told reporters. "And what I'm interested in doing is not just the obvious, single-minded point of view but rather express all sides of that equation. And then all of the stuff that I'm developing now is going to be about illuminating and highlighting people who don't have a voice in our culture -- people who are ignored by the current administration and who are afraid and feel terrorized that their lives are going to be taken away."

"Ryan has a very unique perspective on everything. Is there anything that he has put out into the world that hasn't been a sort of unique or inventive way to look at something that maybe some could say has been done before? He reinvents everything," Paulson said. "Whatever the angle he's going to take, it will be unique, which will make it new, which will make us interested and make our eyes and ears open probably in a way that we hadn't thought about."

Given the president's reaction to comedienne Melissa McCarthy's instantly iconic performance as Trump's hapless gum-swallowing press secretary Sean Spicer on SNL, we can only imagine how the image of a celebrated actress and LGBTQ icon playing himself would go over.