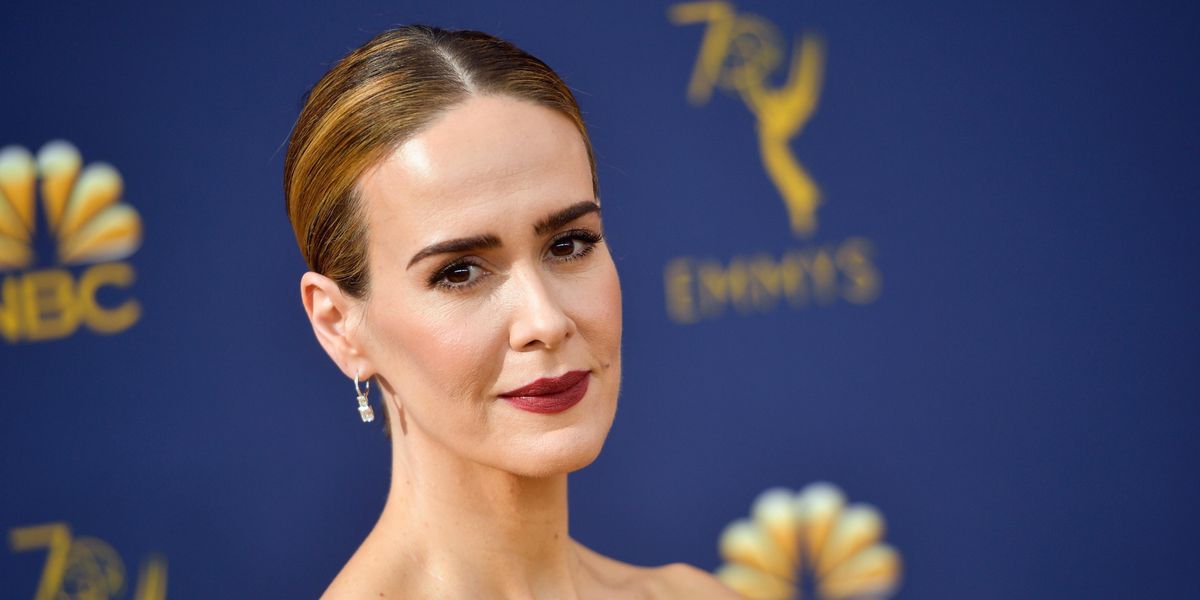 In a new interview with the LA Times, the actress addressed the criticism surrounding the padded suit she wore for the Ryan Murphy-helmed series she was also an executive producer on. The series, which focuses on then-President Bill Clinton's relationship with intern Monica Lewinsky, sees Paulson play a former government employee named Linda Tripp, who exposed their relationship by publicly sharing secretly recorded phone calls between the two.

"It's very hard for me to talk about this without feeling like I'm making excuses," Paulson said, while musing over whether she should've taken the part in the first place. However, she said that she didn't believe actors should bear the "entire responsibility" of choosing to take on a part that is "the challenge of a lifetime," before saying she would "like to believe that there is something in my being that makes me right to play this part."

"The magic of hair and makeup departments and costumers and cinematographers that has been part of moviemaking, and suspension of belief, since the invention of cinema," Paulson — who also gained 30 pounds for the role — continued. "Was I supposed to say no [to the part]? This is the question."

Even so, the actor did go on to say that she believes the arguments surrounding the problematic use of fat suits are fair, calling it a "legitimate" issue.

"I think fatphobia is real. I think to pretend otherwise causes further harm, and it is a very important conversation to be had," she said before adding that she did "regret not thinking about it more fully."

"You can only learn what you learn when you learn it," Paulson said. "Should I have known? Abso-fucking-lutely. But I do now. And I wouldn't make the same choice going forward."